We awoke to decidedly stormier seas today, but having found our sea legs we all managed pretty well with the wobbly-two-step. 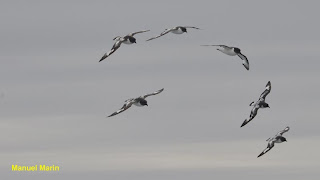 The bridge tours were conducted at a perfect time as our first giant iceberg loomed on the horizon straight ahead of the ship. By midday the South Shetlands were in view so there was plenty to see, in addition to all the petrels, once we wrapped up and headed out on deck.

As we approached our planned excursion at Half Moon Island it was clear that we would not be able to go ashore. The winds were gusting up to fifty knots here and there was a heavy swell on the landing beach. No fear – we repositioned the ship over to Yankee Harbour on nearby Greenwich Island for a second attempt. Although the winds continued to rage, this second option proved possible, and we made our way to the boot room in anticipation of our first Antarctic landing.

Yankee turned out to be a beautiful blustery affair, plentiful in penguins and seals. There was quite an array of species for our first landing – skuas, gentoos, chinstraps, Weddell, elephant and fur seals – and the dramatic skies highlighted 360 degrees of spectacular scenery. A gorgeous sunset backlit Livingston Island as the Fram sailed for Deception after dinner. 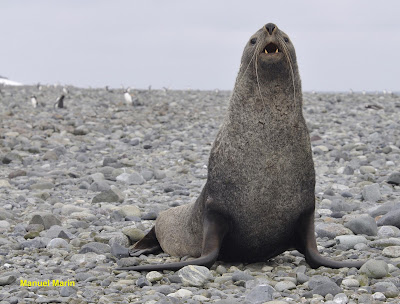