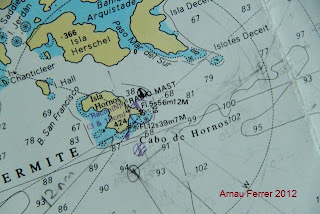 A towering dark rock commanding the vastness of the open ocean. Such is Cape Horn, the most (in)famous and legendary cape in the world. Discovered by Wilhelm Schouten in 1616 while on passage from Holland to Indonesia and named after the village of Hoorn, south east from Amsterdam, the cape entered history with a very short sentence on the Eendracht log:  “Cape Hoorn at 57º48’S, 8pm, Jan 29, 1616”. 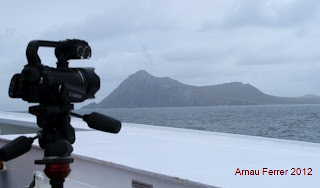 Although legendary amongst seafarers since 1616, our passengers might have asked themselves: why? The conditions we enjoyed today were as far from the images of stormy seas as one can get: no wind, no swell and no rolling seas. The Fram crossed the meridian of the Cape, arbitrarily separating the Pacific and the Atlantic oceans, like sailing on a lake. Perfect conditions for sightseeing, though, with clear view of the Cape itself, the lighthouse and Cathedral Rocks. A group of dolphins joined us while still on sight of the Cape, playing on the bow of the ship on its way to the Argentine Pilot Station, off the eastern end of the Beagle Channel.  The mighty albatross was also there, routinely rounding the Cape wandering on the Southern Ocean, carrying in its wings the souls of the sailors lost at sea. 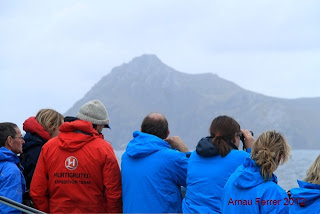 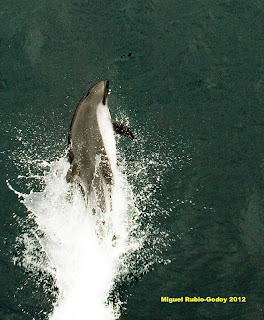 Today is the last day onboard for our passengers. Tomorrow will be a hectic day for them all. But before reaching Ushuaia and flying out to the four corners of the world, there is still time to enjoy the pleasure of being at sea, talk with fellow travelers  and, perhaps, read one of the many poems written about the greatest wanderer of the seas.


The wind sails the open sea


Steered by the albatross


That glides, falls dances and climb


Hangs motionless in the fading light


While the salt crowns it with laurels


And the furious foam hisses,


With its great symphonic wings,


Leaving above the tempest


A book that flies on forever:


It is the statue of the wind. 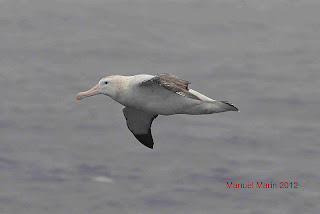 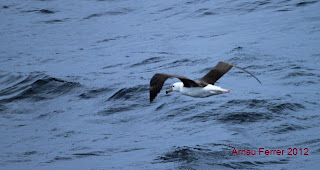