Overnight we crossed Bransfield Strait. The day’s activities started shortly before 8 o’clock. Tidily packed on the outside decks we watched our approach to Deception Island. The Island was known to sealers as early as 1820. Later on, at the beginning of 20th century, it’s safe harbor was used by whalers.

Everybody was eager to see MV Fram sailing into 11 km by 6 km submerged caldera of active volcano. The only way in is through the 200 m wide Neptunes Bellows. In the middle of the entrance, just 2.5 m below the water surface, lies a rock, so the only safe way in is just 80 m wide. 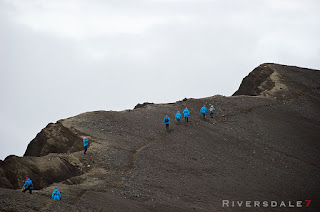 After half an hour steaming across caldera, time which was used by Uli to talk and talk on his favorite subject Geology. We were all amazed by his passion for rocks. We reached our landing destination - Telefon Bay. A smooth disembarkation saw the start 1.5 km walk around one of the volcano craters formed during 1969/1970 eruption. Our Spanish guests were invited to visit Spain Research Station Gabriel de Castilla. The Deception Island Beach Club also was open for new members. Although many hot springs are present in Deception Island, the water in the caldera is rather cold but … how often do you have a change to plunge in Antarctic water?
After lunch and short rest we found MV Fram staying at anchor in front of Hannah Point/Livingston Island. The weather was not favorable but Captain and Expedition Leader decided to give a try. It was worth it! The ride in PolarCirkle Boats, from the ship to the shore, was bumpy and really wet but the wildlife we found ashore was incredible – and comments about being cold and wet where replaced instantly with ooh’s and ahh’s and did you see that. We were in our own wildlife park, with all sorts of birds, including three species of penguins, both species of Antarctic flowering plants and seals. The biggest reward was of course Elephant Seals and Macaroni Penguins. The landing was a succinct summary cruise. Yes, that was our last landing in Antarctica. Some of us already thinking about coming back here in the future, but all we can do now is to prepare our self for Drake Passage. 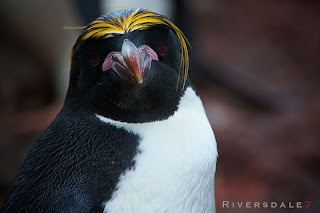 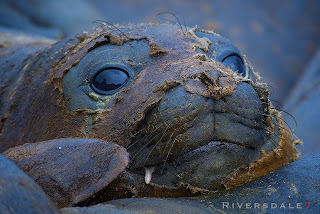