Today we woke up to a deja vue. Wind and swell increased about 6 o’clock and during the breakfast we had a sea stage up to 7 in Beaufort scale. 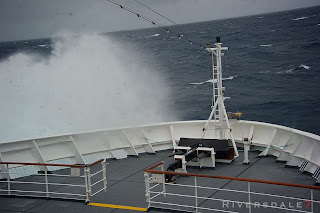 At 9:30 we started our usual sea day education program. Manuel, Rudolf, Jean Louis and Uli gave us many interesting lectures in their fields of interest. After so many lectures and information what we have received during the trip, some of us have a feeling to be covered by knowledge as thick as average thickness of the Antarctic ice cover (almost 2 km). 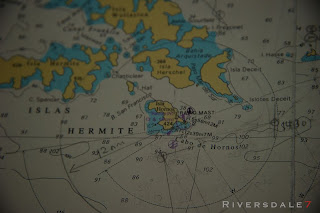 At 13:27 land was spotted! Famous Cape Horn was in sight. Half an hour later we were cruising in front of that cape, hated by sailors. Many sailors lost their lives while trying to round it. We approached the Cape Horn from the west – the Pacific Ocean, and after we crossed its meridian, we were in the Atlantic Ocean. 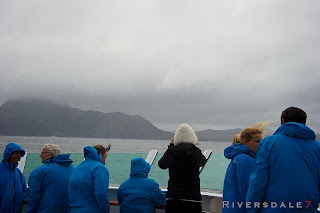 After lunch our education program continued with Arnau lecturing about historical Fram expeditions. We also had glimpse of life at Svalbard presented by Calle who lives and studies in Longyerbyen/Svalbard. During the “Climate discussion” we explored issues around our own contributions to climate change, and how we could minimize our own impacts. Many of us didn’t realize how complicated and interrelated the issues are.
Captains farewell was a welcome change of pace, with cocktails in hand. The cocktails relaxed us for the upcoming auction, including the Hurtigruten flag, voyage chart and chef engineer’s jacket. All the money from the auction went to “Save the Albatross” program.
At night we’ll enter Beagle Channel, and tomorrow at 6 am, we will be in Ushuaia. As we turn our hands to pack our bags, we reluctantly acknowledge that this amazing journey to a fragile environment is coming to an end, whilst we continue to assess how we have been touched by the frozen continent.