Our day started with the mandatory IAATO Briefing, we were told how we have to behave in our landings in order to disturb as little as possible this last pristine place on earth. We learned that there has been an important introduction of alien species to Antarctica through tourists and scientists. To avoid this, we proceeded to an intense vacuum cleaning process of our landing equipment. 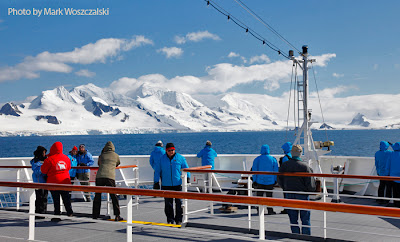 Shortly afterwards we saw our first conically shaped iceberg, and as we approached the South Shetland Islands we encountered flocks of thousands of Cape Petrels. They accompanied us for a while, displaying their fabulous acrobatic flight all around the ship. To reach our destination, we entered Nelson Strait and as we headed west towards Livingston we saw a three Humpback Whales. 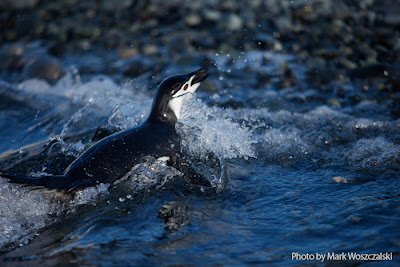 Our first landing in Half Moon Island started at around 16h, we could feel the excitement in the air!  As if we had asked for it, we had perfect sunny weather. Half Moon Island is a 2km long, crescent-shaped island between Greenwich and Livingston Islands. It has a big Chinstrap Penguin colony, with more than 3000 breeding pairs. It used to be a known destination for the whalers that visited the area in the 1800, which is still visible because of the many whale bones scattered around the landing area. One group of hikers climbed up the 102m high hill at the northern extremity of the island and passed in front of the Argentinian Station Camara. Others walked to the other extremity of the island and had the chance to encounter Weddell and Fur Seals. 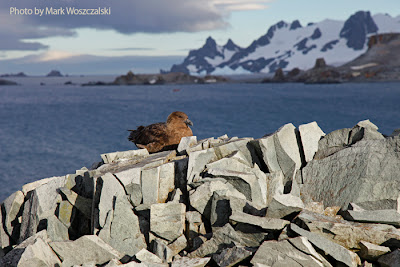 One thing is sure, we all came back to the ship with a big smile on our faces!!