A day to remember

Today was special for many of us. After several days on rough seas we arrived in Antarctica- the ultimate goal of our trip. Seas were calm overnight which allowed us to make up some time that we had lost going into the wind and waves from South Georgia. Overnight it had snowed and a nice pile had built up on decks. Some of our crew had never seen snow before! 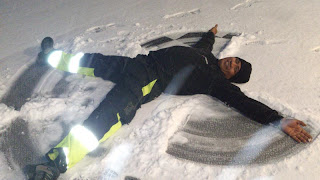 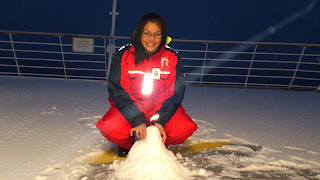 As with the earliest explorers, the first land we saw was the South Shetland Islands. Through the day, skies cleared and we were followed by hundreds of Cape and Antarctic Petrels and Souther Fulmars. Our destination today was the Polish base Arktowski on King George Island, South Shetland Islands. Winds were strong when we set anchor near the landing site but the direction was more or less off the land so the sea conditions, though difficult, did not hamper our landing.

At the station we had options to walk along the cobble beach towards the Adélie Penguin colony and visit the station itself. The air was fresh and the stiff breeze at 0° C made it seem a lot colder. We of course saw the resident Adélie Penguins but were lucky also to see some Gentoos and a few Chinstraps. Halfway down the beach a few Elephant Seals were enjoying the sun, and two others (males) were play-fighting behind the beach. 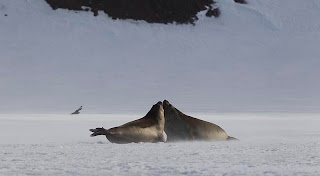 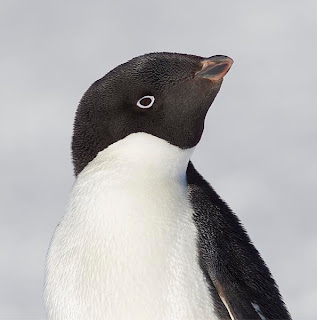 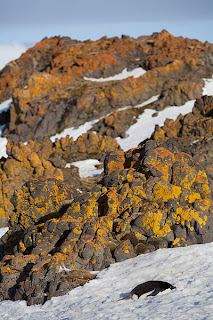 Overnight we will sail across the Bransfield Strait and down the west side of the peninsula to the Lemaire Channel, which we hear is free of ice, and to Port Lockroy. More Antarctic adventures are to come, that's for sure!