What a glorious day.

The sun was gleaming, the wind stayed away and the scenery was fantastic.
Overnight MV Fram sailed south from the South Shetland Islands across Bransfield Strait and into the Gerlache Strait. Lots of us could not contain our excitement and spent the early part of the morning taking in the fantastic scenery. As we were eating breakfast we entered Andvord Bay. 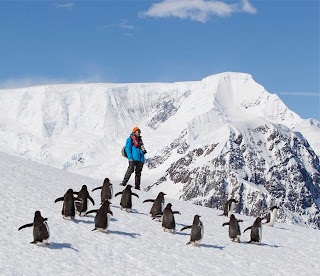 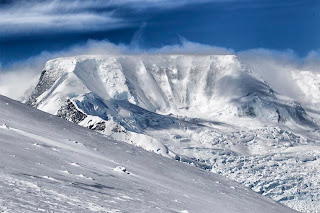 We landed at Neko Harbour and were treated to views of the surrounding mountains, bays and icebergs. Closer to the landing we watched the Gentoo Penguins as they went back and for, in and out of the sea and the fascinating nest building and courtship rituals. The views from up the hill into the crevasses and ice falls of the nearby glacier were just breathtaking. Going down was a lot easier and quicker than going up with gravity and sliding down the steeper sections of the slope was great fun. How could we beat this? 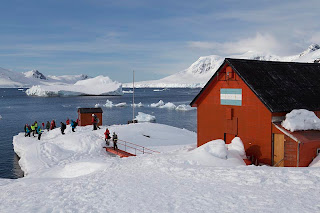 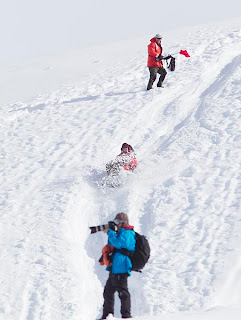 During lunch the Captain repositioned the Ship to the Base Brown, the weather held and we climbed the hill above the base. Giving incredible views of Paradise Bay – very aptly named (even if it was because of the easy picking made by the early whalers) it is still very beautiful. 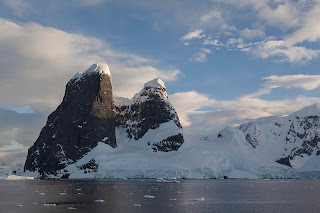 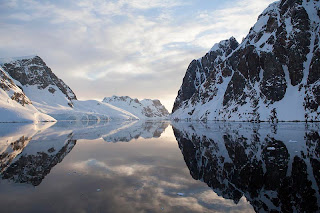 The evening got even better with the incredible light almost at sunset in the Lemaire channel – WOW! We dropped our campers at Peterman Island. What will tomorrow bring? 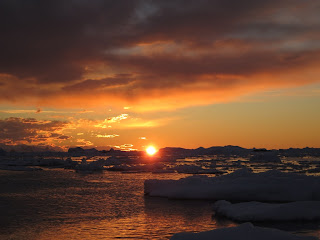 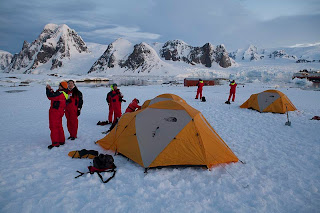 Email ThisBlogThis!Share to TwitterShare to FacebookShare to Pinterest
Photograph(s) by: John Chardine, Tessa van Drie
Newer Post Older Post Home
Welcome to MV FRAM's Expedition Blog!
MV FRAM is the most modern expedition cruise vessel belonging to the Hurtigruten fleet, roaming polar waters and taking people to remote places where only few go. In order to give you the chance to travel with us, even if only on your computer screen, we have created this blog. Here you can see what we have seen and read what we have done.
And, maybe you will be onboard with us one day!
All About MV FRAM - here
FOLLOW US ON FACEBOOK !