When we got up we were greeted with dazzling light reflecting off calm waters and the distant rocky Jason Islands. Abundant wildlife could be seen all around - porpoising fur seals and penguins with cormorants in large number along with occasional albatross just for variety! This all raised the excitement levels for our landing after lunch at New Island but first off all we all had to briefed on how to get in and out of the Polarcirkel boats, wear our life jackets as well as what to expect and where to go on the Island. 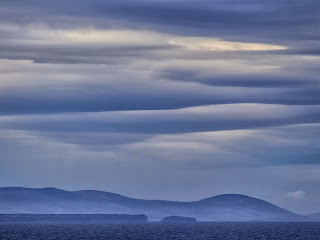 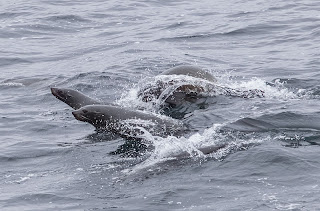 After lunch we were all ready to go. New Island is a wildlife reserve and we were not disappointed with what we saw especially at the Settlement Rookery with thousands of Rockhopper Penguins, Black-browed Albatross and King Cormorants. Although the weather meant humans and birds were all rather soggy it did not dampen our enthusiasm for this magical place. 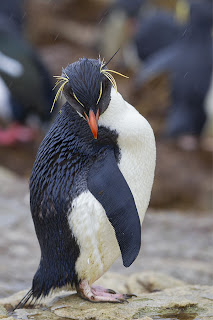 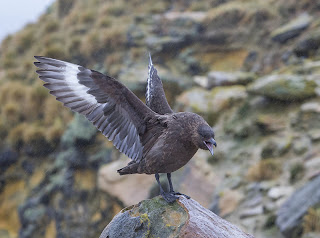 On route to and from the colony we could see Upland Geese with their cute fluffy chicks, kelp gulls, oyster catchers, skuas and when it stopped raining those still on land were lucky enough to see a striated caracara. A splash of colour from the bright yellow gorse and the odd snowdrop reminded us we were in the southern hemisphere spring. Shelter was taken in the small informative museum charting the history of the New Island Trust as well as whaling and sealing in the area and the story of Charles H Barnard who was marooned on the Island for over a year in 1813/14.

Back at the ship we dried off and enjoyed hot food and drinks – a brilliant first excursion ashore. 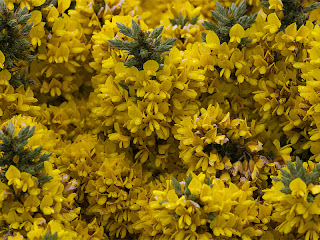 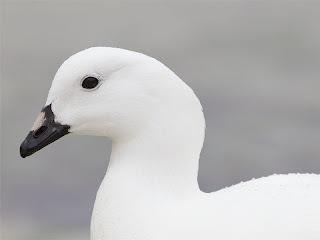 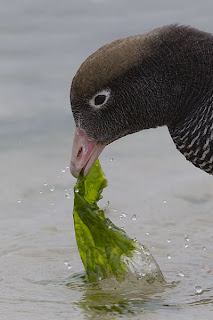