Our second sea day started spectacular with a lot of sunshine and a moderate sea. Our first view out of the windows showed us that we have been followed by a huge amount of birds: Black-browed Albatrosses, Wandering Albatrosses, Northern and Southern Giant Petrels, Cape Petrels and prions. It was so nice to watch them. Their flight looked unbelievable light; we had the feeling that they did not need too much energy to follow us. Some passengers even wished to be able to fly with the birds; at least a wonderful dream! 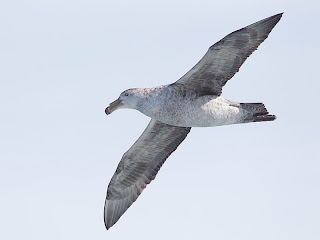 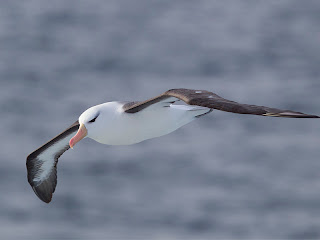 During the day we were focused to the lectures again. There was still so much to learn before we will reach our first destination, the Falkland Islands. And why shouldn’t we use our qualified international lecturer team. All members of our expedition team are coming from a different country: Chile, USA, Canada, Germany, Norway, Denmark, Great Britain and Switzerland. To make it even more interesting we can let you know, that the lecturer from Switzerland is originally from Mexico. So, we have a lot of knowledge from all over the world available her on board MV FRAM.

In the early afternoon, just before the second lecture series started we heard the announcement: Whales! Everybody tried to run out to the open decks or at least to the Panorama Lounge. Our Captain reduced the speed a little bit and so we could watch them, the giants of the sea - three Fin whales. Wouldn’t it be nice to be able to swim with the whales? That’s at least another wonderful dream! 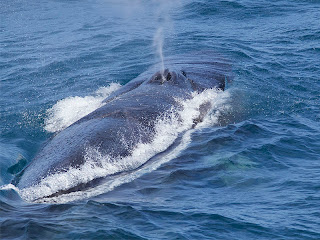 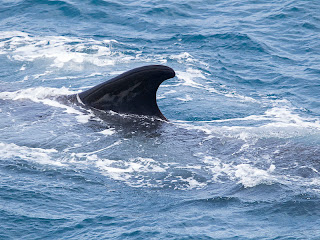