During the night we felt bumps and shakes in Bransfield straight, but before we knew it we were full steam heading south in the Gerlache straight surrounded by cloud capped mountain peaks with glaciers pouring into the sea. As we headed further south the scenery became even more magical. We entered the narrow twisting Neumeyer channel wondering where the Captain was taking us in this Magical Land.

A few buildings appeared with the British Union Flag flying strongly in the wind. The magnificent backdrop of the Feif range with a heavy winter dusting of snow reminding us that we are early season visitors. Port Lockroy an old British base built during war is now run as a very informative and evocative museum of how the scientists used to live in the 1950s. The base is run by the Antarctic Heritage Trust and charity based in the UK. Only half of this season’s team had made it to the base a few days before us and had been busy digging out the base and setting up the fantastic museum ready for our arrival. 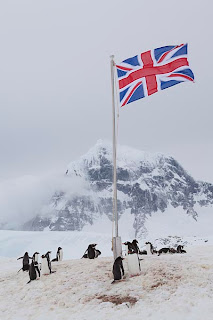 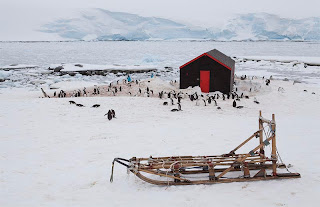 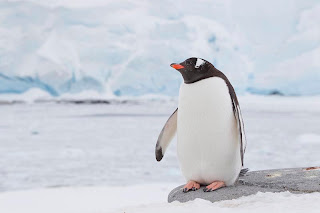 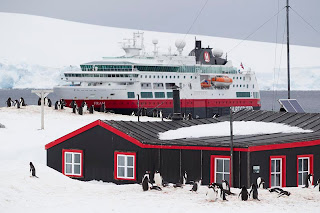 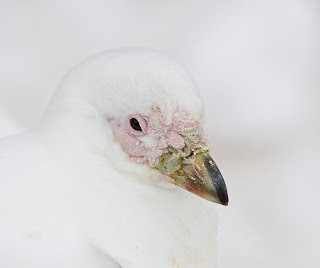 We did wake up when we landed as we had to negotiate the snow cliff from the landing up to the base, luckily the Port Lockroy team had dug some steps and the expedition team were on hand to give us a helping hand! We realised we were definitely not dreaming when the wind started to pick up, the clouds lowered  and snow blew, but looking on the bright side we all got free facials.
A taste of the real Antarctic.

Leaving Port Lockroy late afternoon we headed south to the Lemaire channel to make the most of the days remaining light. We were treated with rays of light pouring down onto massive icebergs to the west, looking south we could see the entrance to Lemaire and headed straight in. Strong winds poured snow off the surrounding glaciers into the sea, the towering peaks (including Una’s peaks to name but a few!) with their dusting of snow made us feel very small in this massive landscape. Ice blocked our path two thirds of the way through and the Captain spun the ship around on the spot (the channel was so narrow he did not have much choice and we headed north towards our landing for the following day. 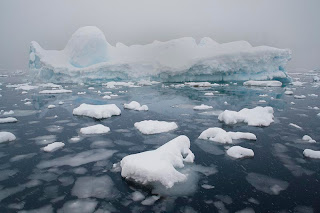 The magic continued as were awoken by the noise of small ice blocks tapping at the side of the ship as we sailed into Paradise Bay towards Base Brown. An early morning landing did not wake us from our dreamy haze whilst the heavy snow fall restricted our visibility. The short walk up the hill certainly did wake and warm us up. Those of us that made it were rewarded with views down to the ship and when heavy snow occasionally eased we could see across to the ice falls surrounding peaks. The power of nature! The Antarctic! 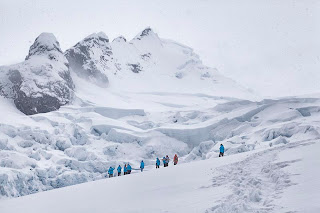 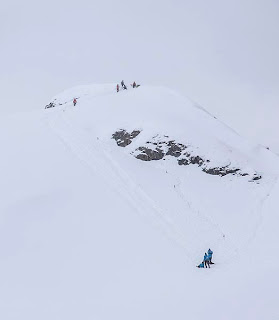 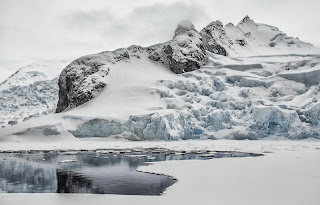 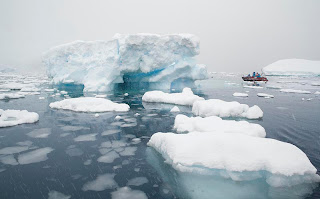