Money in the bank

As soon as we left Stanley, Falkland Islands, on our way to South Georgia, the seas have been angry. The source of the anger was a deep low pressure system that seemed to lead us like a bellwether across the Scotia Sea all the way to South Georgia. We were pounded day and night and we can all say we truly experienced the Southern Ocean at its wildest. Our Captain Hårvik reported that we experienced waves 14-16 metres high, and some perhaps even higher! 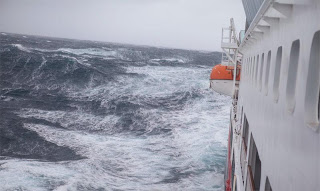 And like putting money in the bank and taking it back out after some accrual, we made a withdrawal once we reached South Georgia and experienced an amazing landing at Fortuna Bay, and then at Strømness.

At Fortuna, the bay was calm which made landing on the beach uncharacteristically straightforward, and the sun shone! There we were greeted by what seemed like 1000s of King Penguin chicks and adults. The site, sound and smell of the colony will be unforgettable. Fur seals and Elephant Seals were everywhere! Members of the local herd of introduced reindeer were seen scattered about the colony. The reindeers' days are numbered as the decision has been made to remove them from South Georgia. On the way down to the penguin colony, a large group of Giant Petrels was scavenging a dead King Penguin adult in a pond. It's easy to see why they are called "stinkers"! 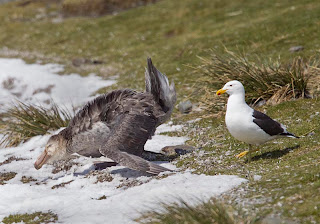 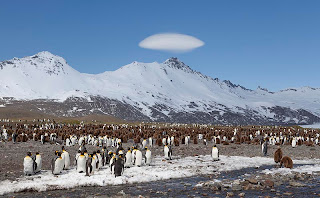 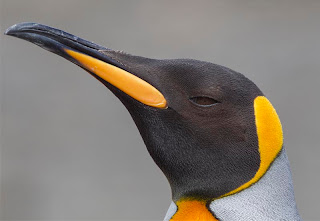 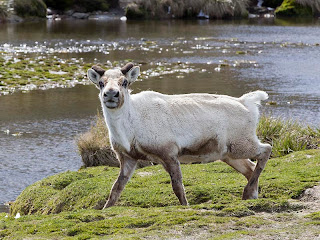 In the late afternoon we continued the great day with a landing at the old whaling station of Strømness. Fiesty Fur seals and lazy Elephant seals lined the beach and adjoining meadow, and behind them lay the decaying station. There are differing opinions about whether these old relicts should be removed or preserved as a remembrance of former times. The sun gave us beautiful, warm light as it sat in the sky above the pass where Shackleton and his men made it down to Strømness from Fortuna- a perfect end to a perfect day! 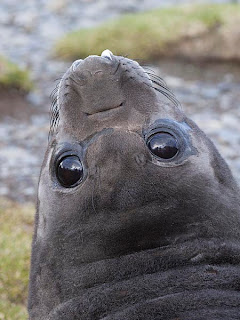 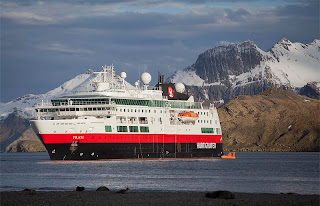