Dropping anchor off Sark, not far from Creux Harbour, a grey dawn turned into bright sunshine. Sadly the wind and sea conditions were not safe enough to transfer to this stunning small island. Instead we headed on for our next call to Guernsey. 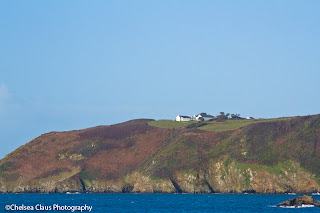 Arriving at the east coast town of St. Peter Port luck changed. Castle Cornet dating to the13th Century stands guard over the deep natural harbor.  All who wished were able to enjoy extra time exploring this charming capital. First timers impressed with the ease of getting in and out of Polar Cirkle boats both from Fram’s platform and at the quayside. 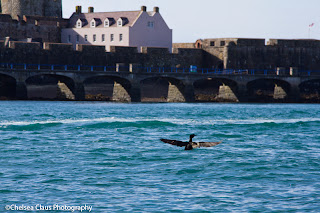 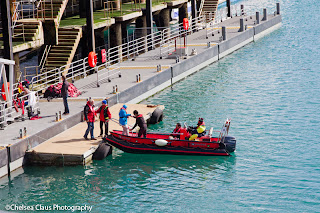 Buildings are stacked up on the steep hillside from where, on such a clear day, there were great views back to Sark and its neighbours Herm and Jethou. 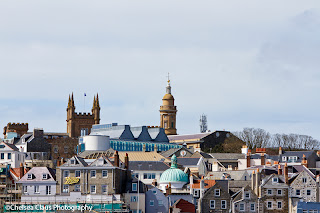 Starting off in perfect afternoon weather, those on the Island Drive excursion had perfect panorama’s. Heading south from the harbour the road’s steep twisting incline is used for vehicle hill races. From this route there were clear views back to Sark and its neighbours Herm and Jethou. Heading on around the island anti-clockwise the chatty driver guides brought the Island history, sights, traditions and current trades to life. 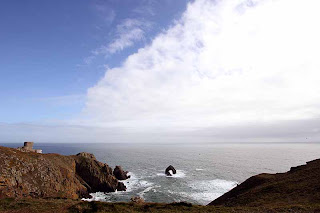 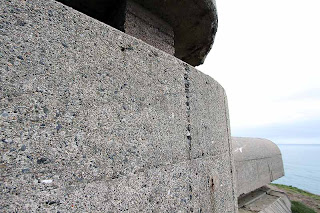 Some explored independently, others joined a local guide on a walking tour to hear the history of the town and Castle Cornet, stopping for refreshment in the fortress itself.  By late afternoon rainy mizzle had set in, so it was no hardship to return to the ship to enjoy the Filipino buffet and Fram crew show. 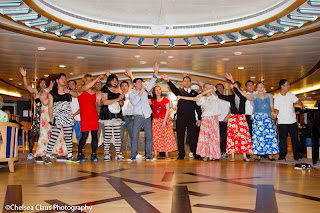