Sognefjord in Sunshine and Snow

Fram slipped into the Nærøyford at breakfast time for a look at this special part of the fjord system. Turning at Gudvangen at its head, it was clear that this year Spring is very late, even at sea level there are still parts to defrost. 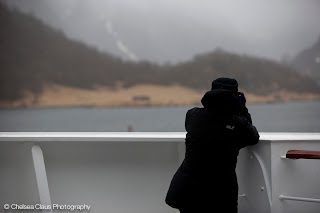 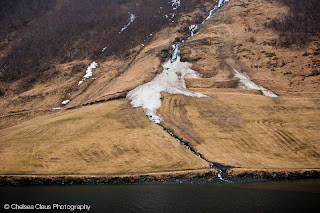 At Flåm, as always the Flåmsbana rail excursion was popular. Storms overnight had left deep powder snow at higher elevations. The waterfall stop was magical. At the summit of Myrdal, the mainline Bergen-Oslo track on the adjacent platform was totally invisible. Suddenly, and almost silently an engine emerged from the tunnel, the plough on the front doing its job effortlessly. The connection to Aurlandsfjord from Bergen made, the return to Fram was without delay despite the now blizzard conditions. 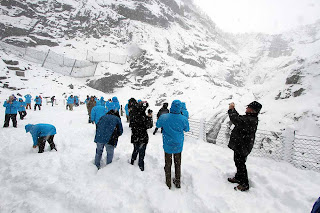 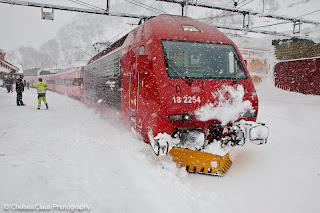 Moving on to another arm of the Sognefjord, bright sunshine finally emerged, lighting the snow capped mountains, and making for a pleasant walk to an evening visit.   Another UNESCO listed treasure, built for private use by a powerful family, Urnes Stave Church is perched on a hill above Lustrafjord. One of the oldest and best preserved examples of the few still standing, the church warden explained the fine details found both inside and out. 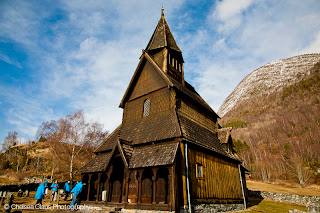 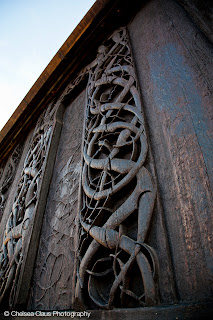 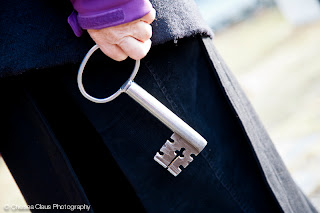