The Oldest Lighthouse in the World

A Coruña is a busy port located on a promontory at the entrance of an estuary within in a large gulf on the Spanish coast. For some 1,800 years ships have passed Hercules Tower on approach . Built by the Romans this is the oldest fully working lighthouse in the world.  Its current appearance dates from the 18th Century when the memory of the original outer ramp (for carting firewood up to the beacon) was commemorated by a diagonal band. 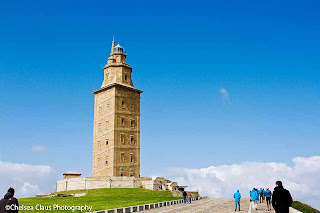 On the guided city tour and at the same time with a view of the imposing town hall guests enjoyed tasting typical tapas dishes This dramatic square also has a tall monument to local Galician heroine Maria Pita. In 1589 during the Anglo-Spanish war she rallied support against Francis Drake’s siege by taking her dead husband’s spear and killing the flag bearer of the British forces. 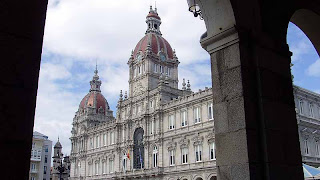 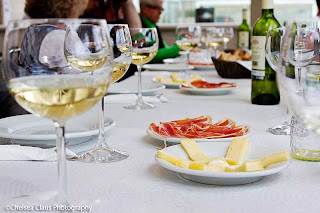 Pilgrims of many nationalities came together at A Coruña in the Middle Ages arriving and departing by boat to join the pilgrimages to Santiago di Compestela.  Many of Fram’s guests also made their way to the UNESCO listed old city today more comfortably by coach rather than on foot.  For centuries the devoted and the curious have approached the religious centre from all directions. Two of the traditional medieval routes are themselves are themselves heritage listed. 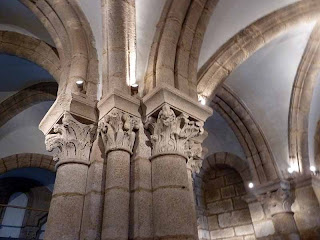 Email ThisBlogThis!Share to TwitterShare to FacebookShare to Pinterest
Photograph(s) by: Chelsea Claus and Katja Kern
Newer Post Older Post Home
Welcome to MV FRAM's Expedition Blog!
MV FRAM is the most modern expedition cruise vessel belonging to the Hurtigruten fleet, roaming polar waters and taking people to remote places where only few go. In order to give you the chance to travel with us, even if only on your computer screen, we have created this blog. Here you can see what we have seen and read what we have done.
And, maybe you will be onboard with us one day!
All About MV FRAM - here
FOLLOW US ON FACEBOOK !