After a great visit on the Falkland Islands, we pointed
the bow of M/S Fram towards southeast and sailed
across the North Scotia Ridge, passing Shag rocks
on the way. In the morning, two days and 766 nautical
miles later, the majestic South Georgia revealed itself
on our starboard side and our aim was the stunning
Salisbury Plain, furthest in in the Bay of Isles.
This morning carried calm water and a beautiful
sunny sky. The beach was full of fur seals, fighting
and chasing each other and the enormous king penguin
colony, which is the second biggest in South Georgia
with more than 60,000 pairs, was there to greet us
and it was all beautifully framed with the 1,000m high
peaks of Mt. Ashley with her two glaciers Grace and Lucas. 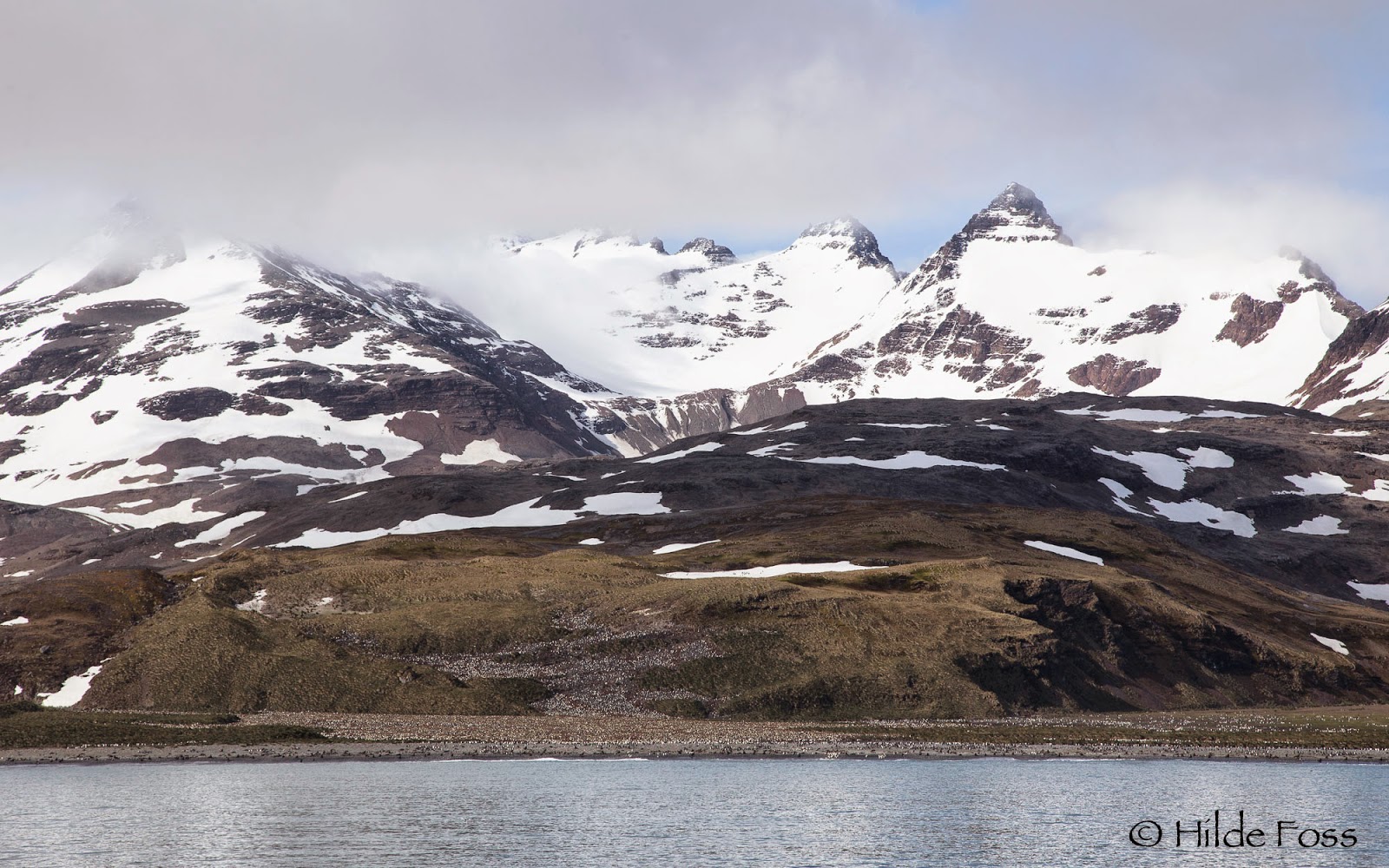 It showed that it would be more than a challenge to get
ashore this morning, due to the heavy swell from the
South Atlantic, and after many attempts we
decided on a Polar-Cirkel boat cruise instead. 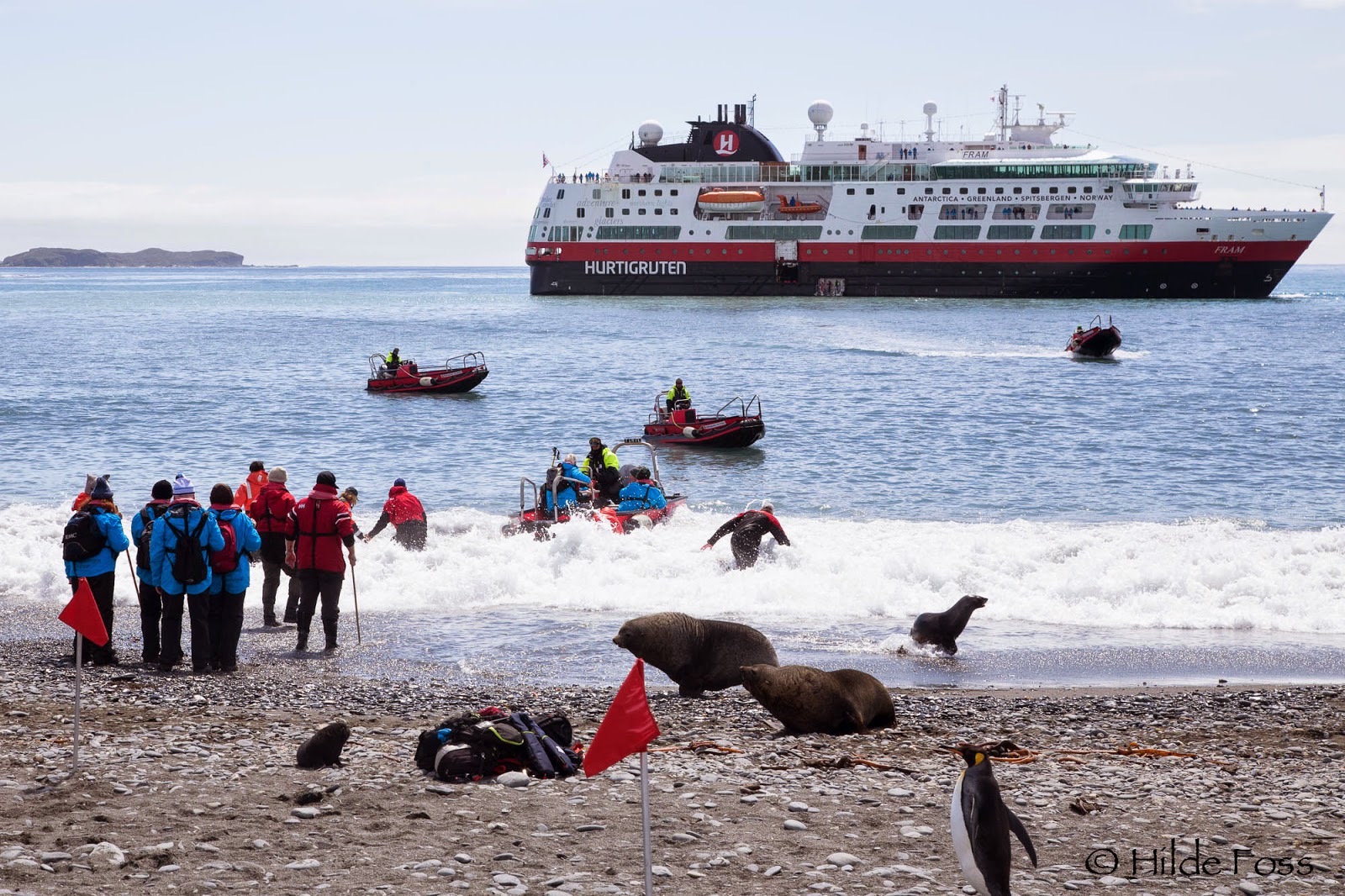 We cruised along the beach and enjoyed the scenery from
what Salisbury Plain had to offer. There was elephant seals,
fur seals, king penguins, brown skuas, giant petrels,
wandering albatrosses, not to forget the playfulness of the
penguins and fur seals in the water, which was very amusing
as well. 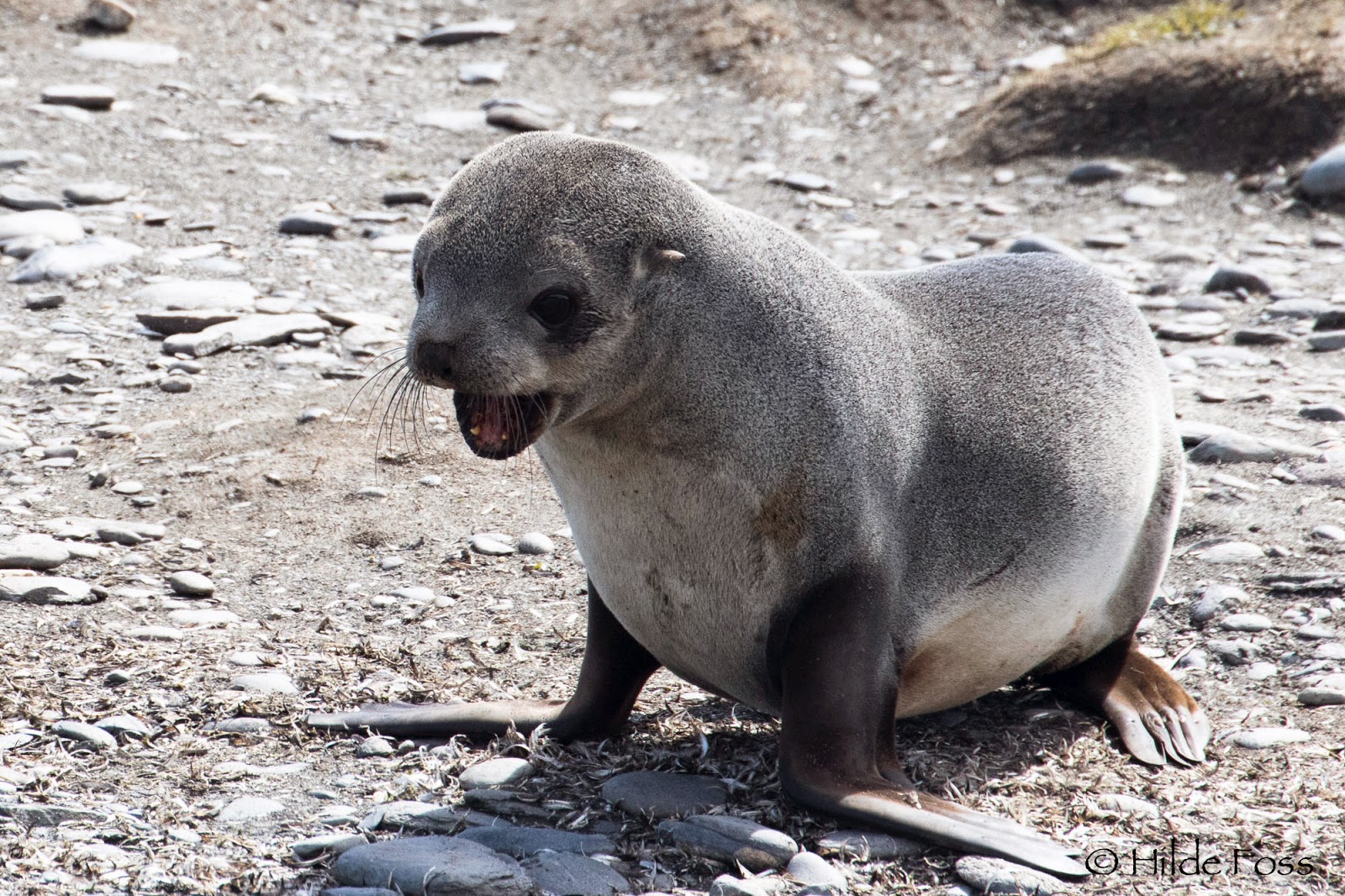 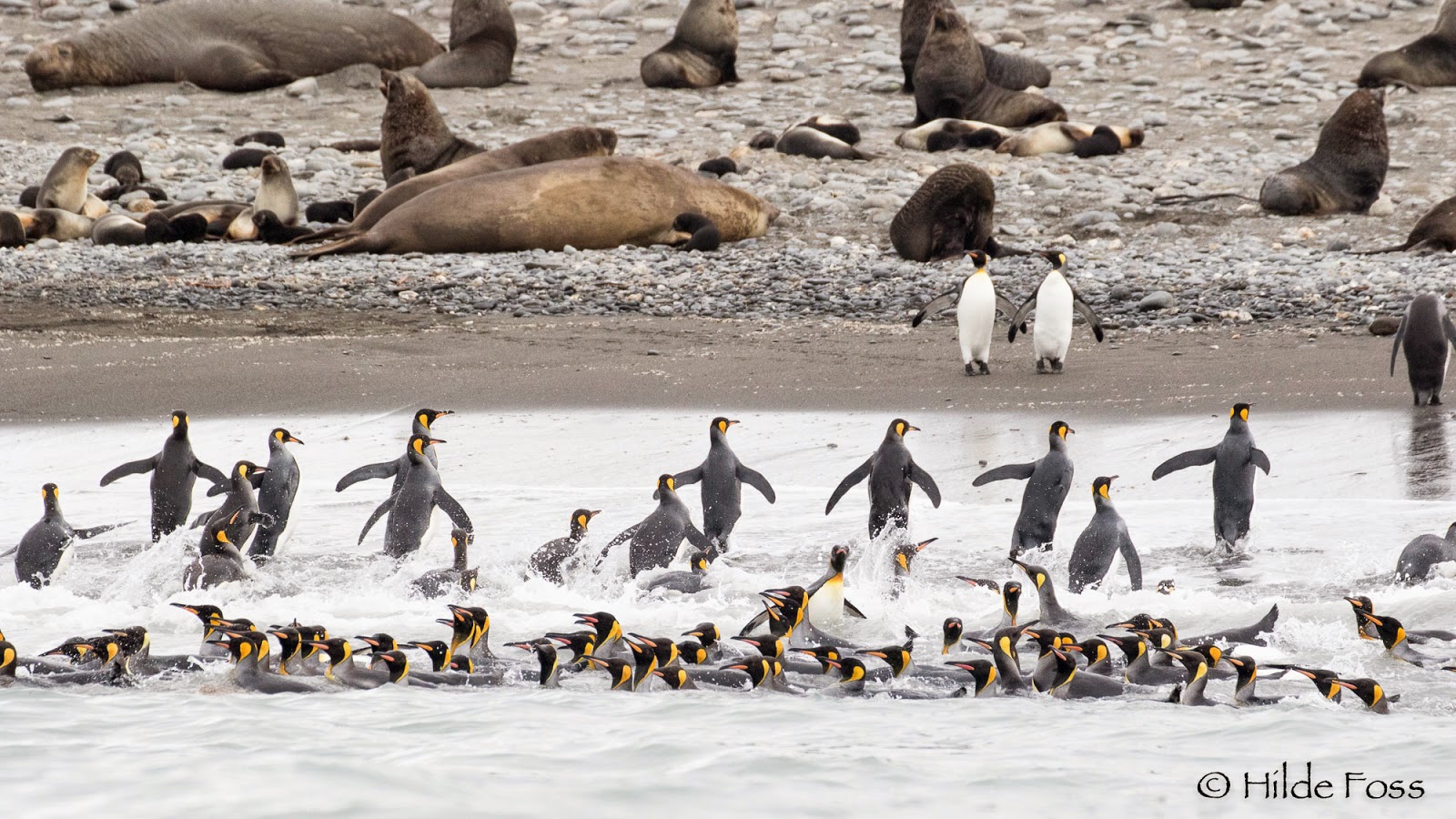 In the evening we enjoyed a well-deserved
dinner, while the captain heaved anchor for
our new adventures tomorrow.