We spent the day yesterday on sea towards the Falklands islands – getting prepared for the landings: Briefings were held, jackets handed out, rubber boots rented, so that nothing is missing when we get to West Point in the morning, our first landing on the Falkland Islands! 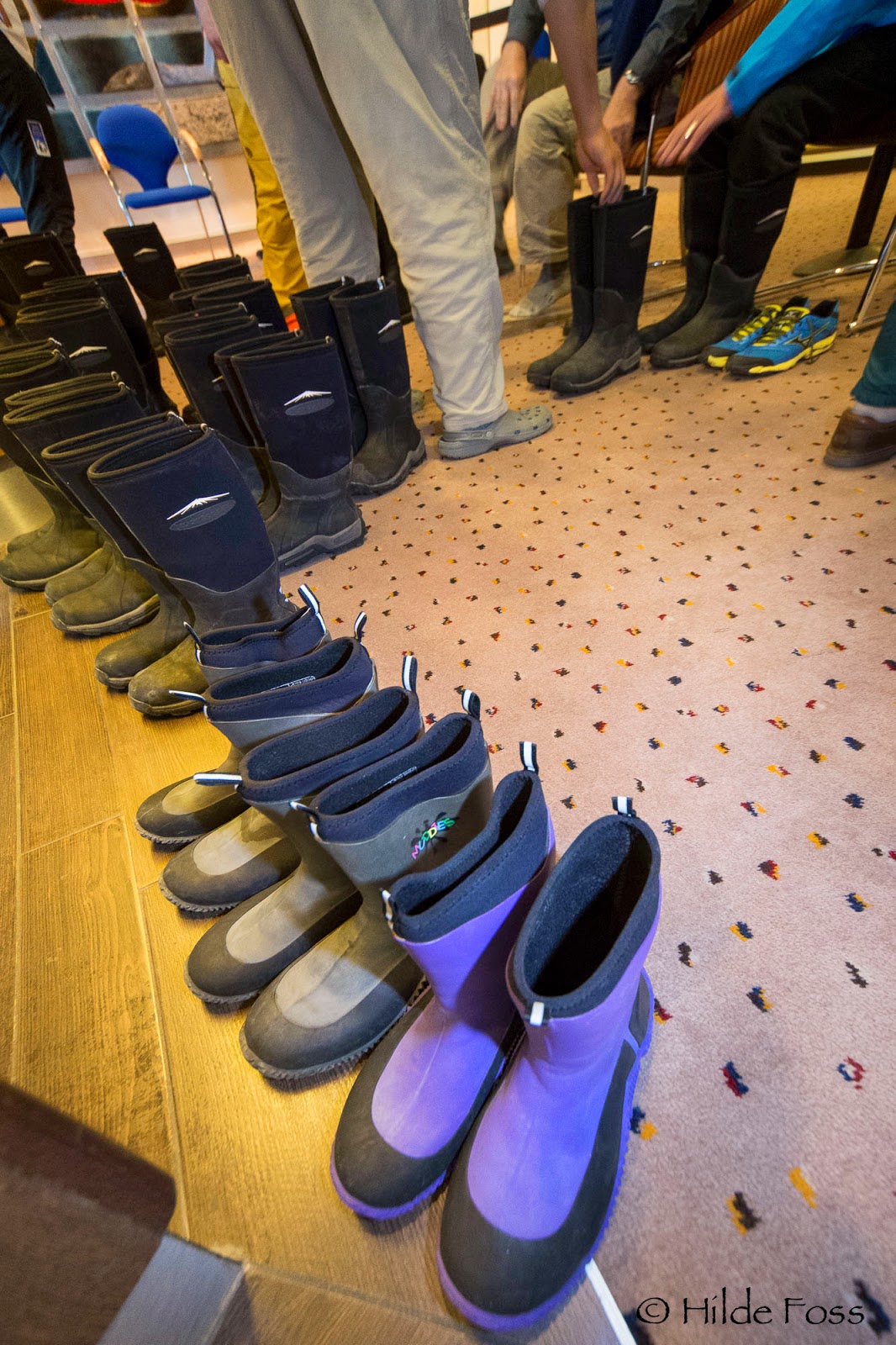 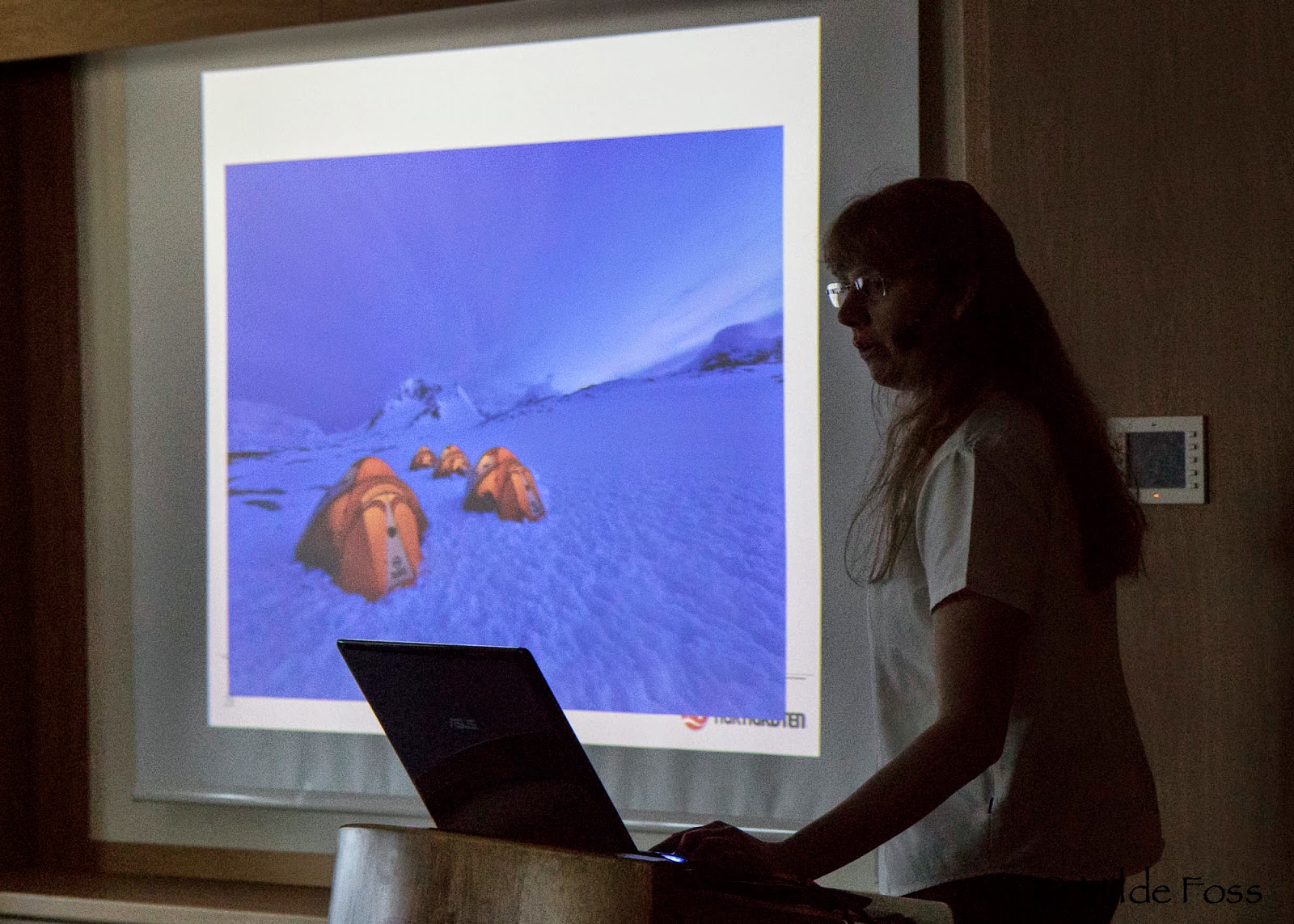 And what a beautiful sunny day was ahead of us: At about 8:30 in the morning we dropped the first Polar Cirkel Boats into the water and made our way to the jetty where Thiez & Kiki and two helpers awaited us. A gentle walk over green meadows led us to the Devil’s Nose on the other side, with hundreds of Black-browed Albatrosses and Rockhopper Penguins! It was a coming and going in the colonies, the albatrosses flew so close over our heads, you nearly could touch them! 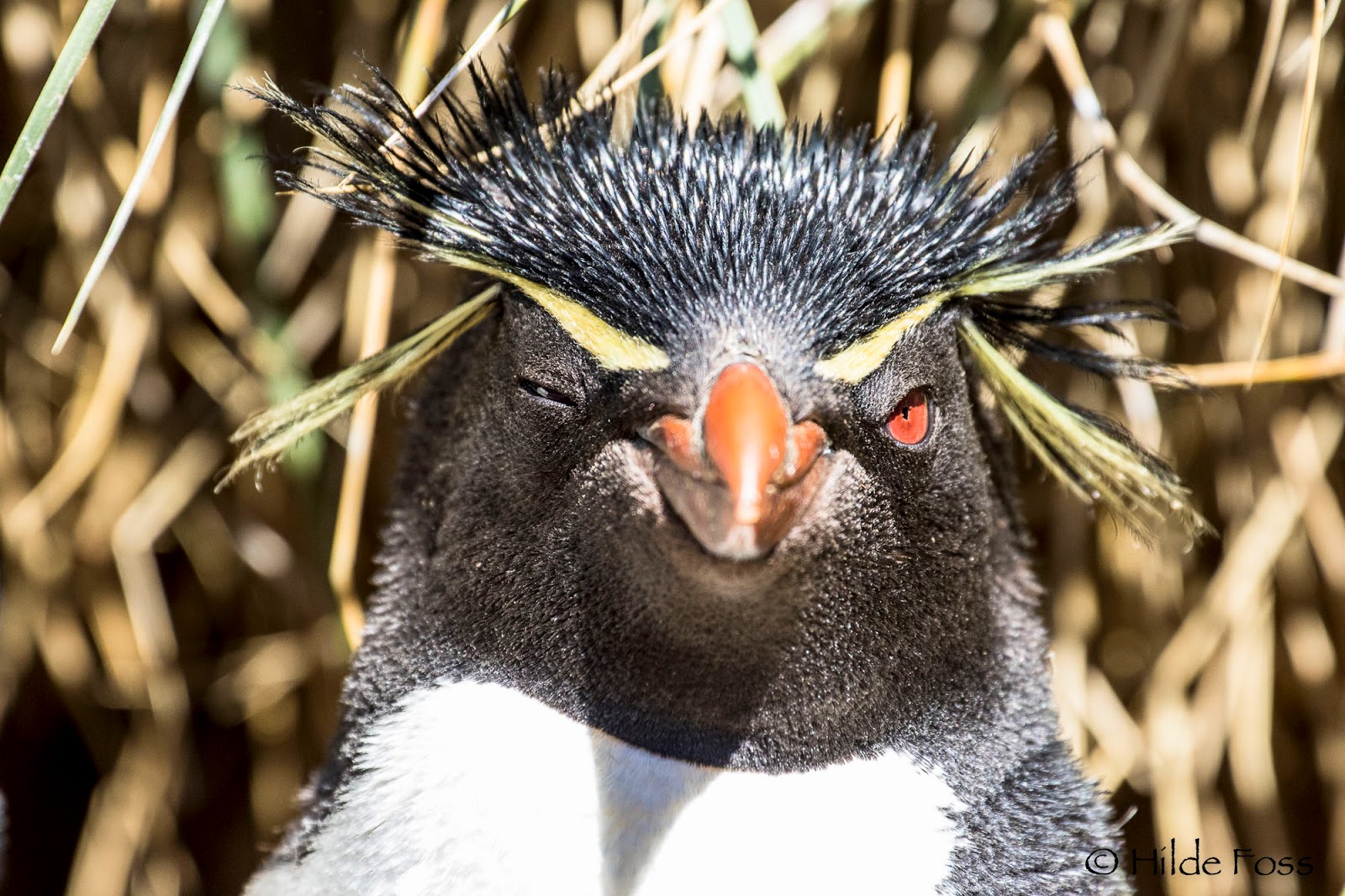 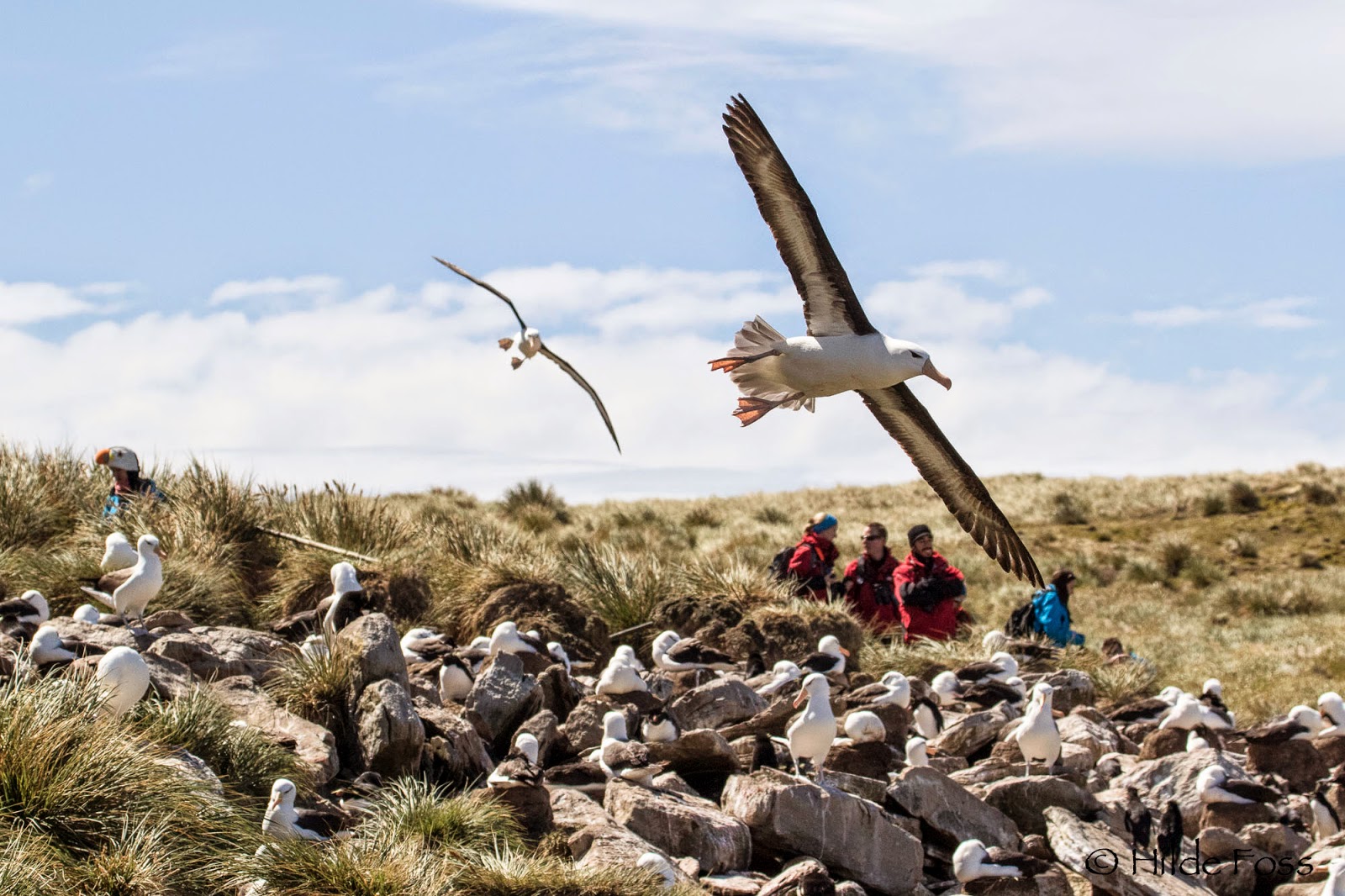 But also on the walk to and from our landing site were lots of birds to see: Caracaras, Kelp Geese, Steamer Ducks, Oystercatchers and so on. Down at the landing site Peale’s Dolphins were playing in the waves and a huge flock of Upland Geese were bathing and swimming.
In the cottage of Thiez and Kiki heaps and loads of homemade cookies were waiting for the hikers, what a treat! The Turkey Vultures on the roof top were looking almost a bit “jealous” down at us. 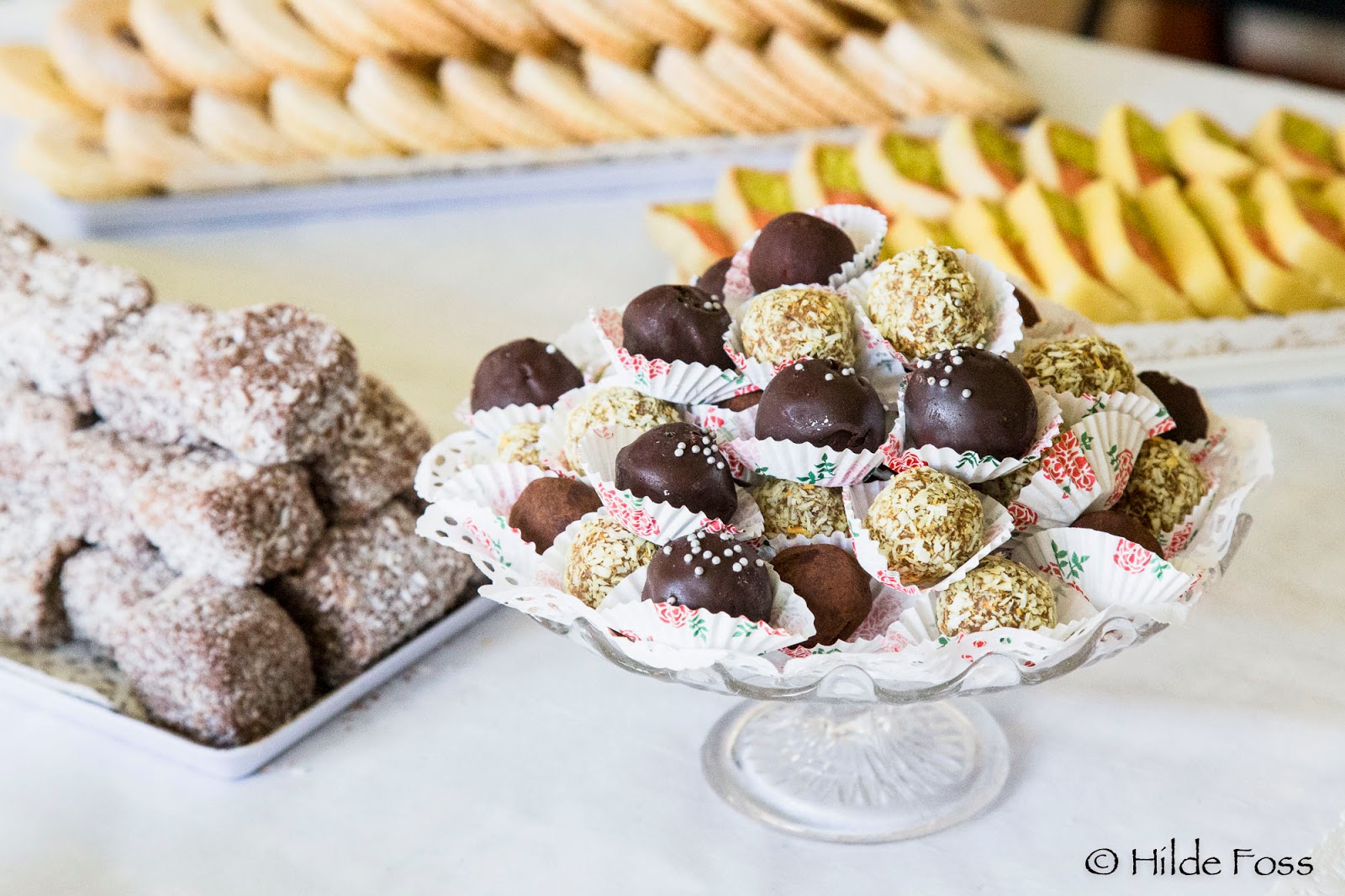 In the afternoon we sailed on to Carcass Island. Whoever felt for a longer “leg-stretcher” went on a hike to Leopard Beach and back. The white sandy beach there was just full with Magellanic and Gentoo Penguins, and out on the water the penguins were porpoising, a great spectacle, everywhere something to see! 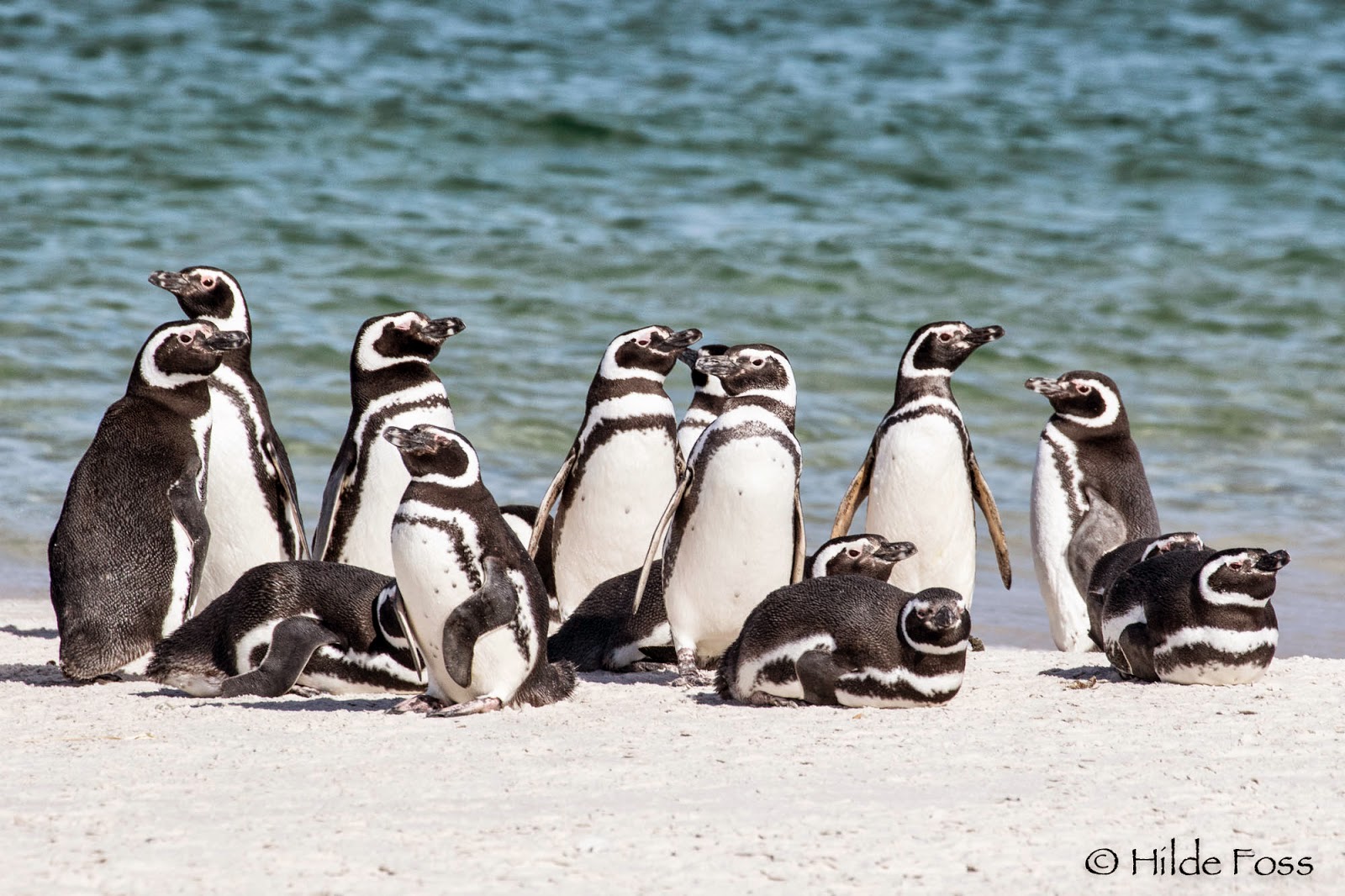 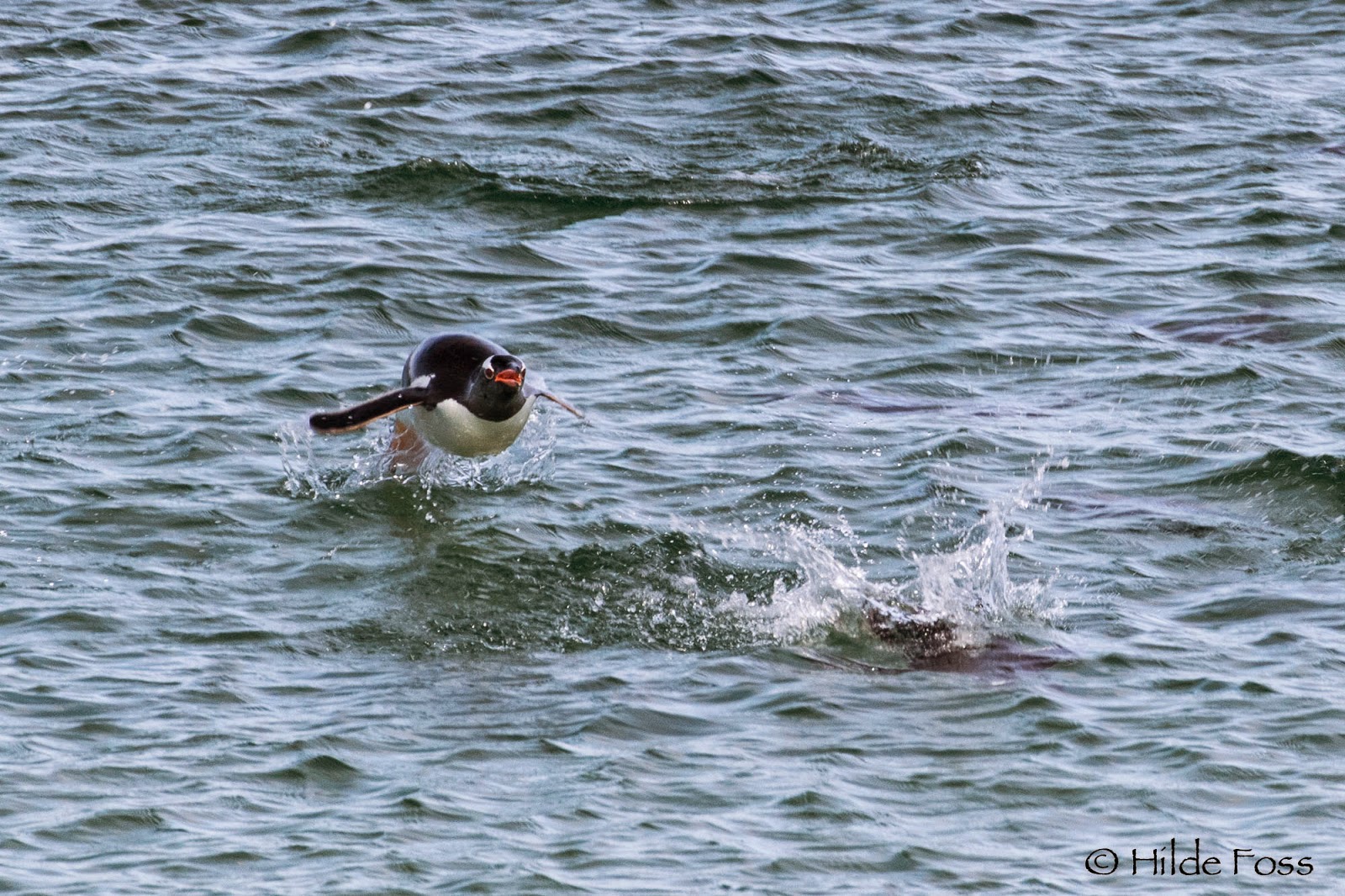 The evening sun was shining from the blue sky when we went back – not without a stop at the cottage of Rob and Lorraine McGill where we got served – guess what – heaps of delicious cookies.
What a great start for our Antarctica Expedition! 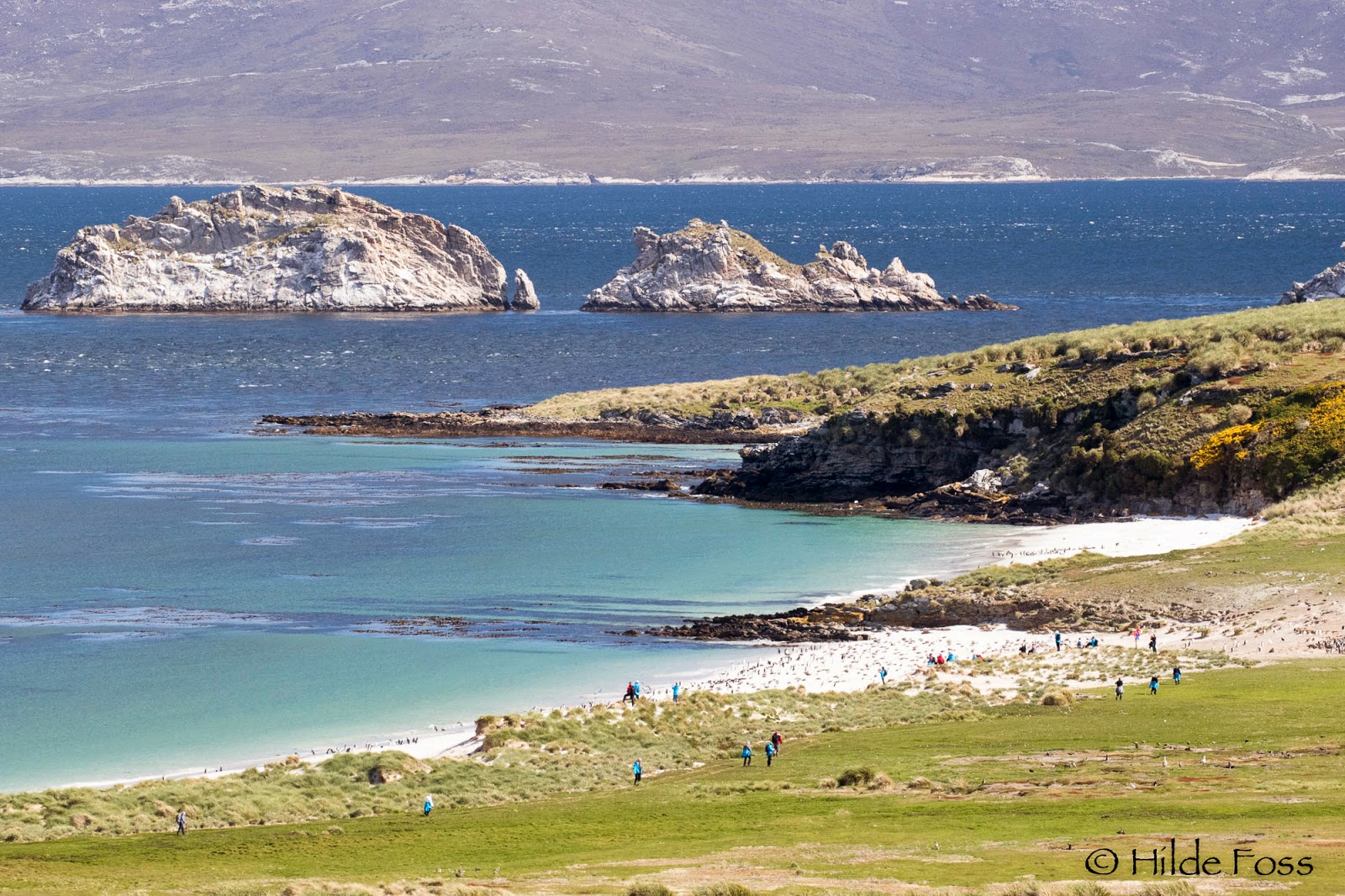