This day started early for some of us. Short before 8 am the hikers went on land at Maiviken. The beach was – once more – packed with fur seals, but the shore team managed to keep a little passage “free” and 55 happy hikers set off to walk to Grytviken, a former whaling station on South Georgia. 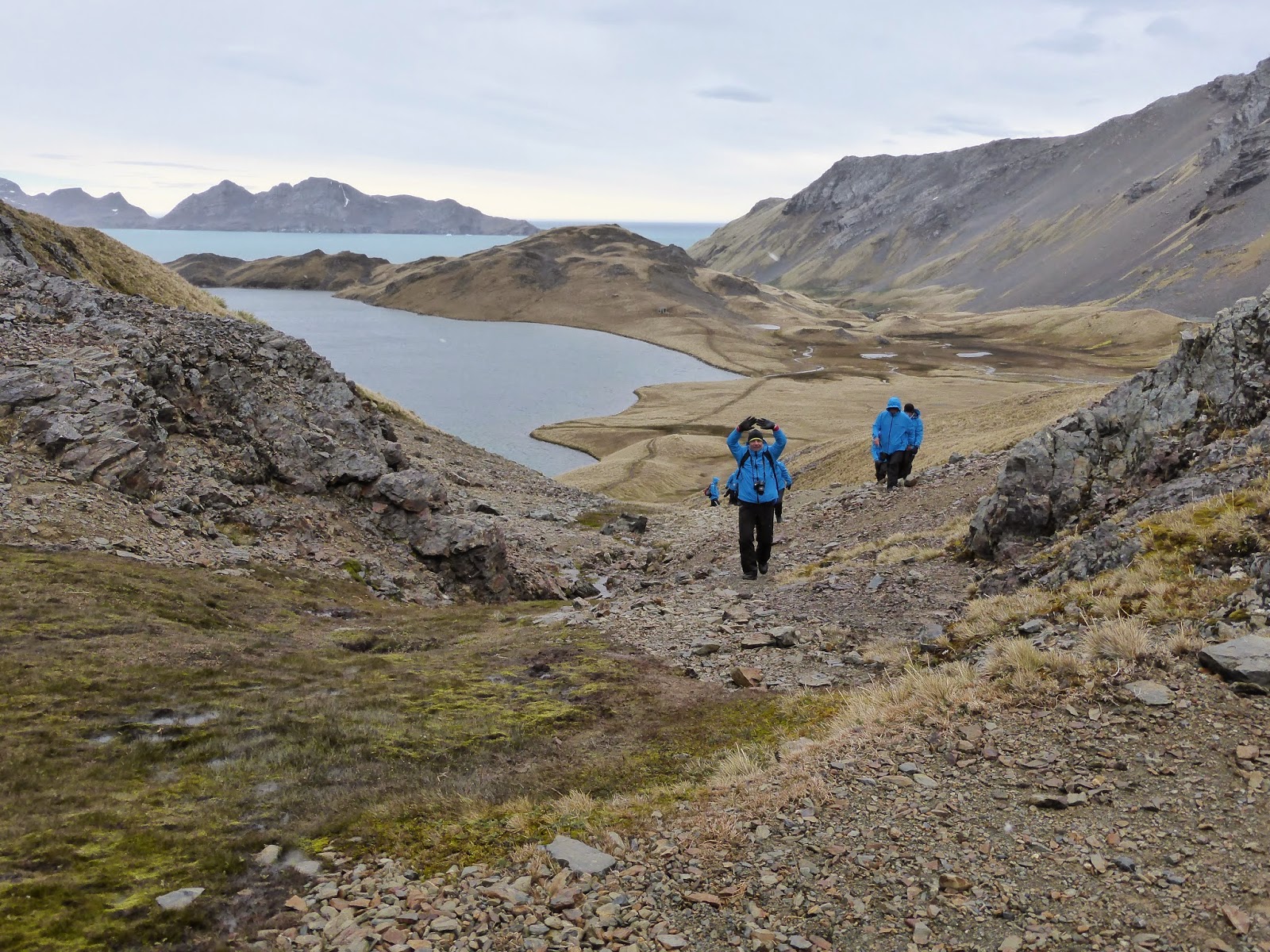 We walked steep uphill trough tussock grass, passed by the beautiful Crean Lake and up to the viewpoint. As the wind picked up together with a bit of snow, we proceeded after a short break down towards the church in Grytviken. 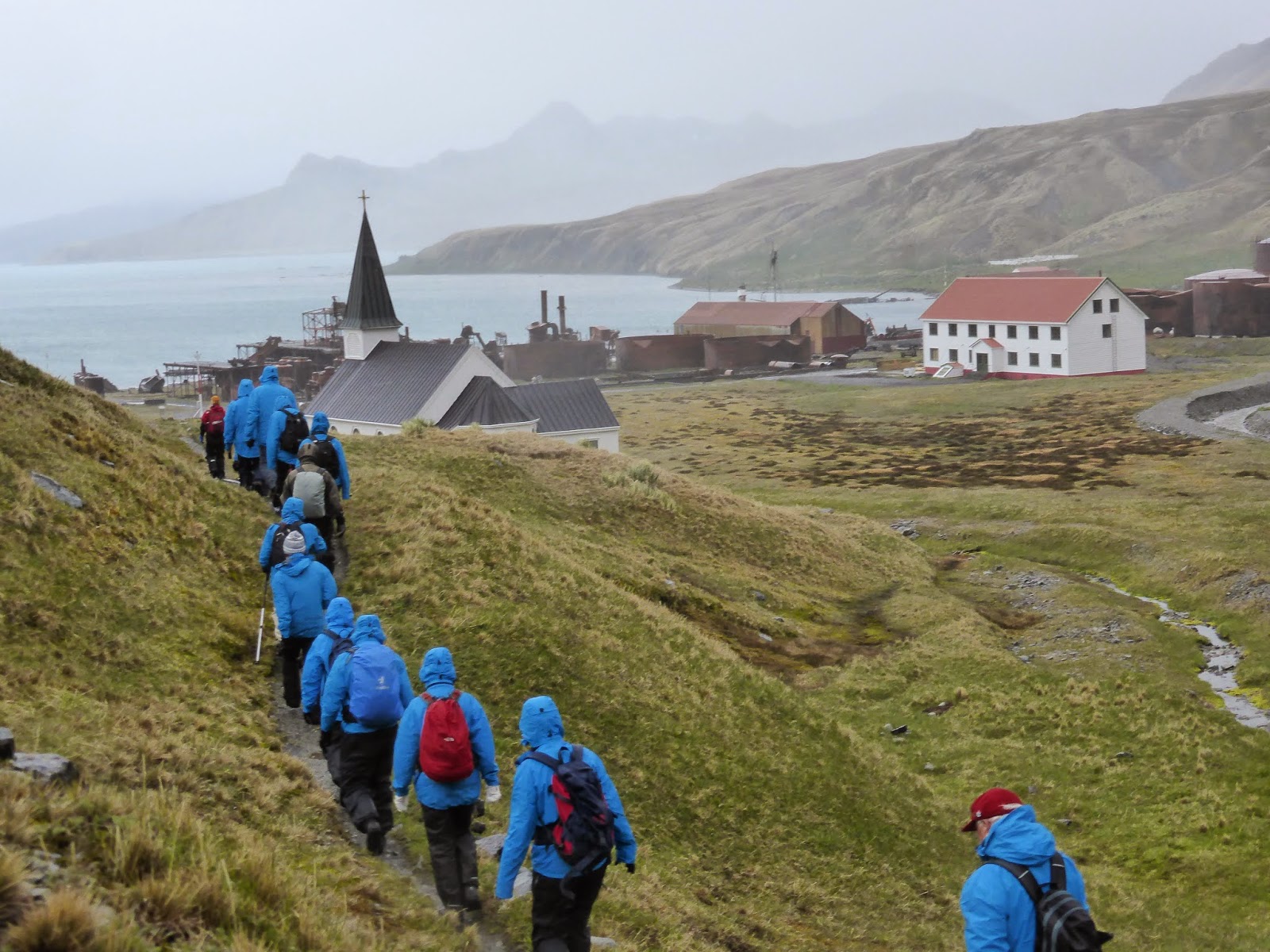 As the hikers arrived, the other passengers came ashore as well and visited Shackleton`s & Frank Wild`s grave while walking towards the center of the settlement, looking for a good route between the fur seals and elephant seals which literally “plastered” the path to the museum. Two “local” guides from the place gave us a nice guided tour through the remainings from the station. 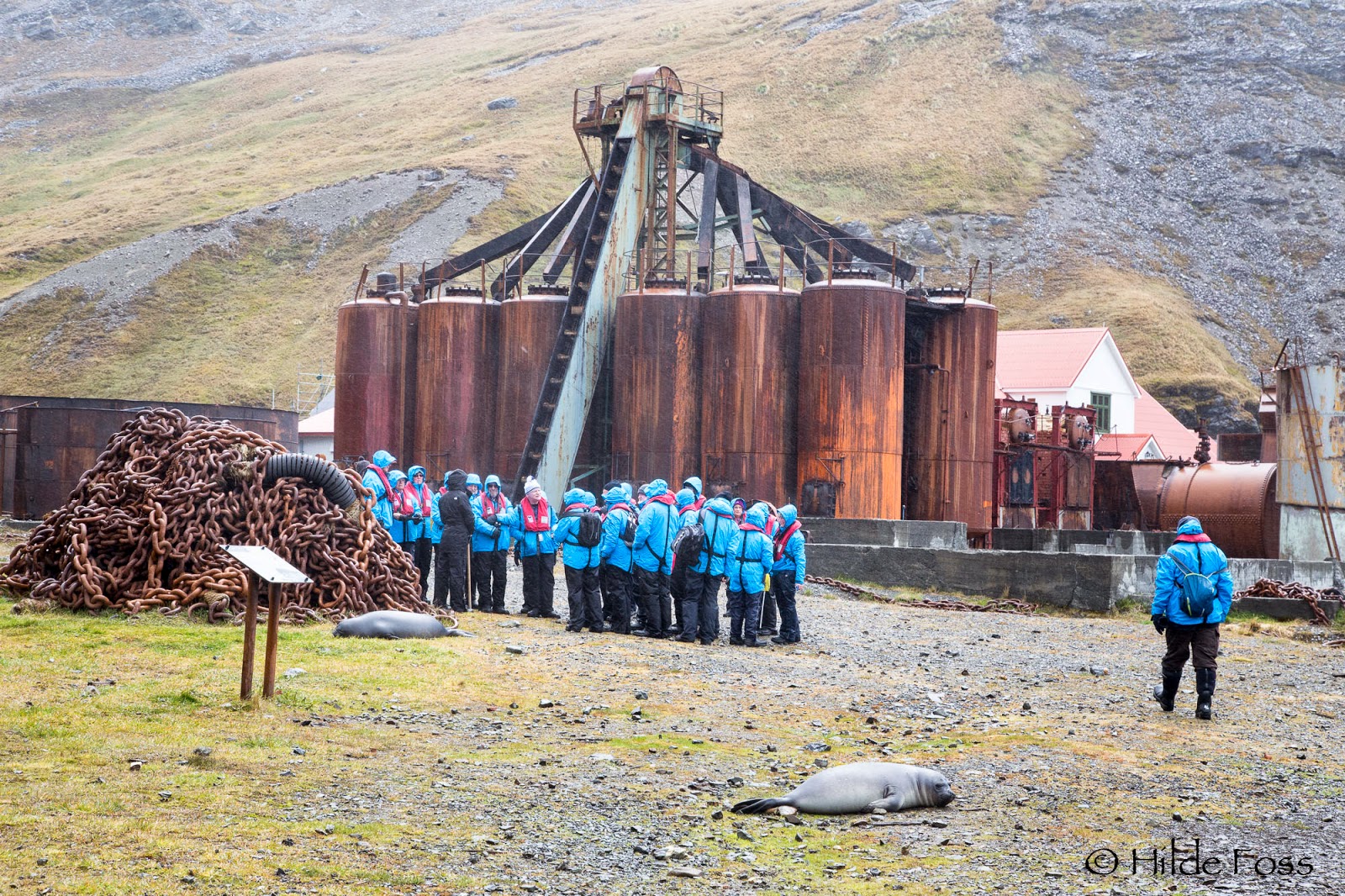 In the afternoon we headed for St. Andrews Bay – the biggest King penguin colony from South Georgia was breeding here, over 200`000 pairs! Can you imagine? Already from the boat we could see them and note the scent – penguin-smell was in the air! And for the first time, MS Fram made a landing at St. Andrews Bay. Thousands of elephant seals were lying around the beach area, mostly weaners but also some adults which lay close together while they are moulting. 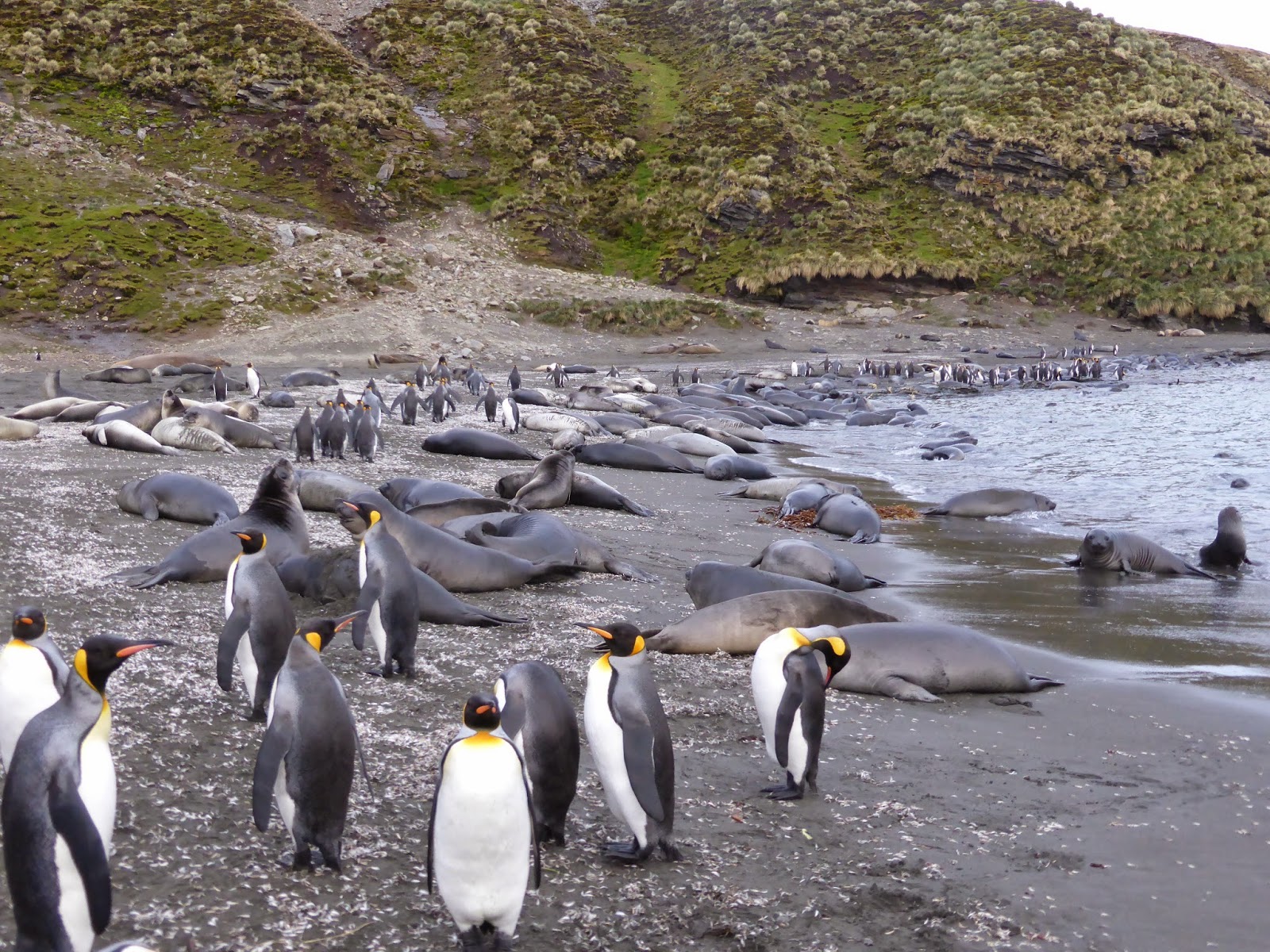 After passing two rivers and up green meadows we stood on the top of a hill and looked down to – Penguin Heaven! We hardly couldn`t believe what we saw, thousands and thousands of King penguins and their chicks were trumpeting and whistling! Unbelievable… 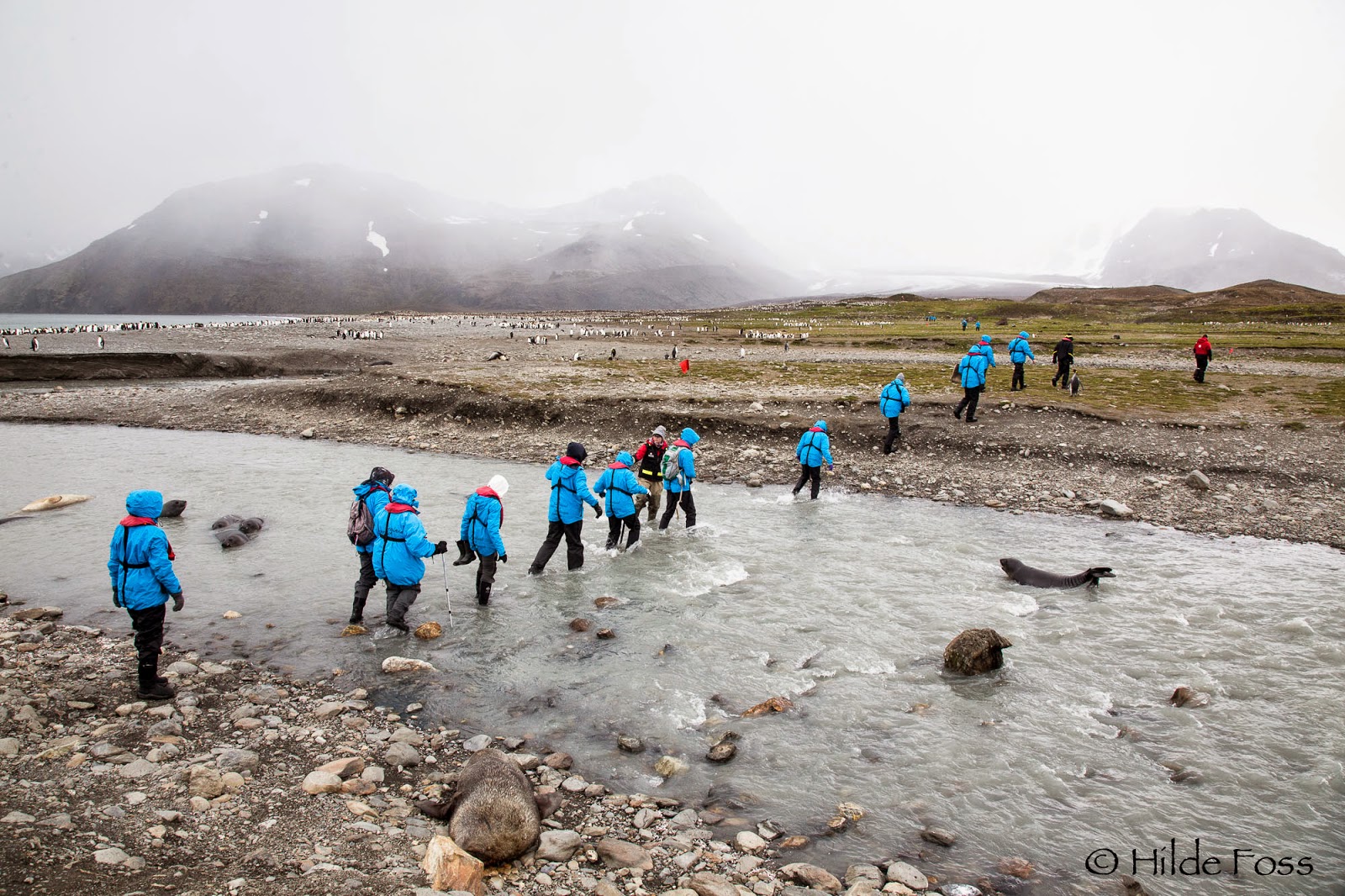 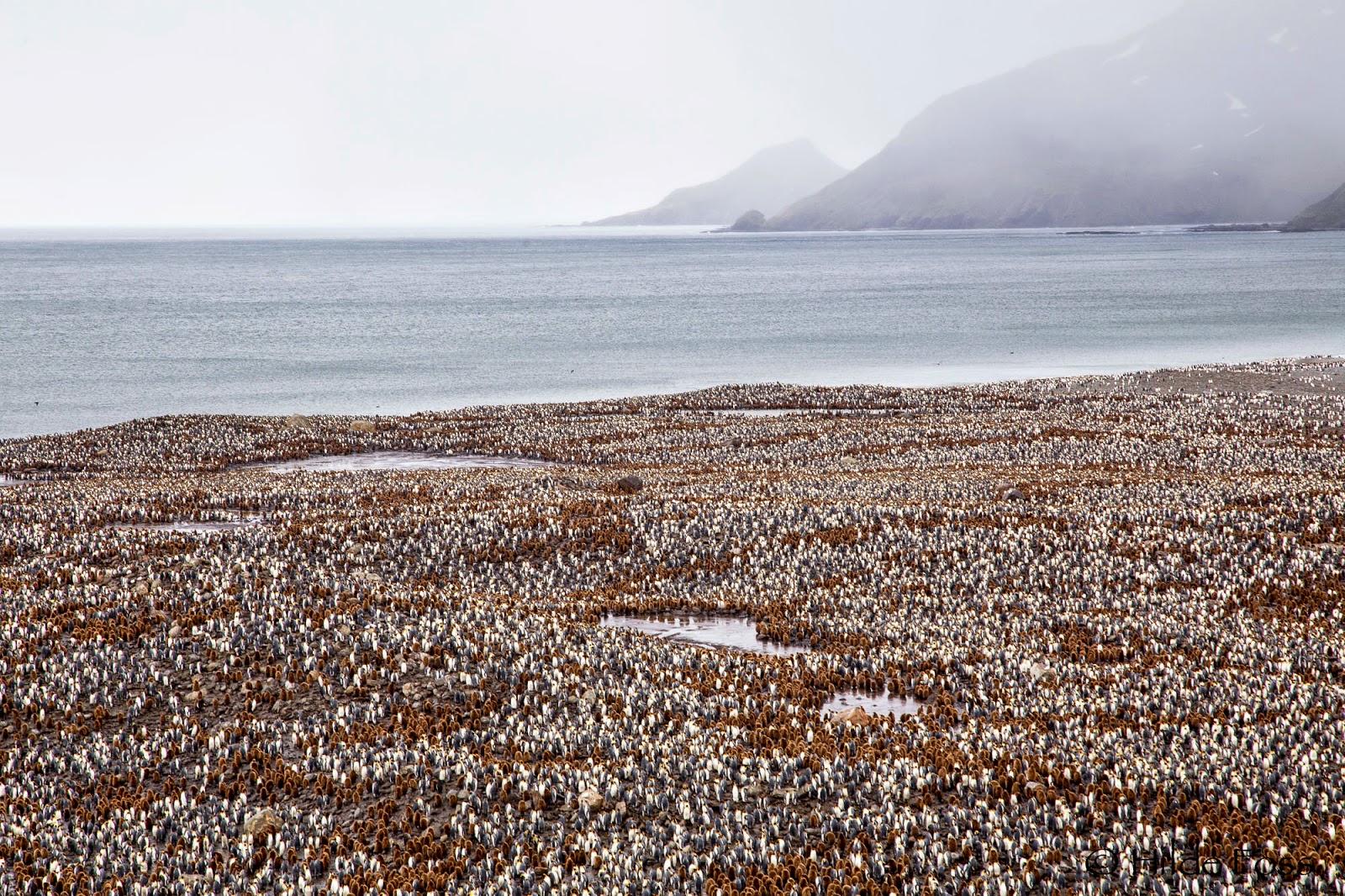 We just sat, looked and enjoyed. It was hard to leave this amazing place in the evening, so much to see! The weaners (young elephant seals) at the landing site didn`t make our leave easy – they were very interested on the safety gear, cones and flags from the expedition team! But it was time to go, off to Antarctica, ready for new experiences, seals, penguins and whatever we might encounter on this beautiful voyage..