A good mixture of history and wildlife 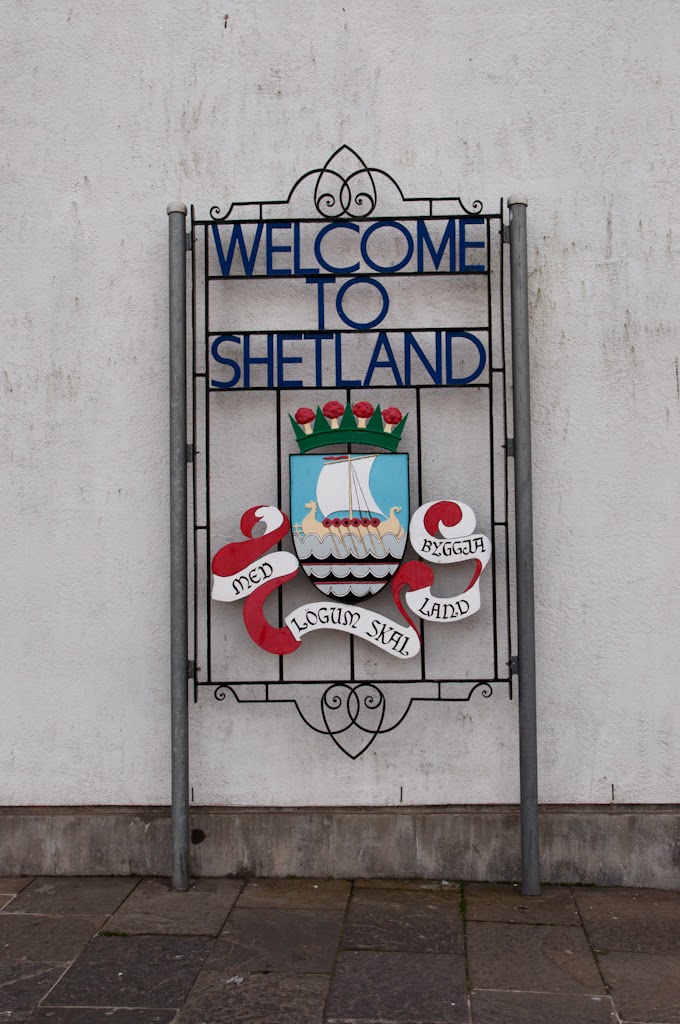 An exceptionally quiet North Sea meant that sea sicknesses was not a large problem on the crossing from Bergen to Lerwick, the capital of the Shetland Islands. The islands have a strong historical connection with Norway from Viking times, but even in modern times the link is strong. During the Second World War more than 200 sailings were made by mostly small fishing vessels transporting people escaping from Norway, and taking military equipment and personnel from the Shetlands. The most famous of the captains on this activity was nick-named Shetland-Larsen and he was one of the most decorated people of the whole allied marine forces. 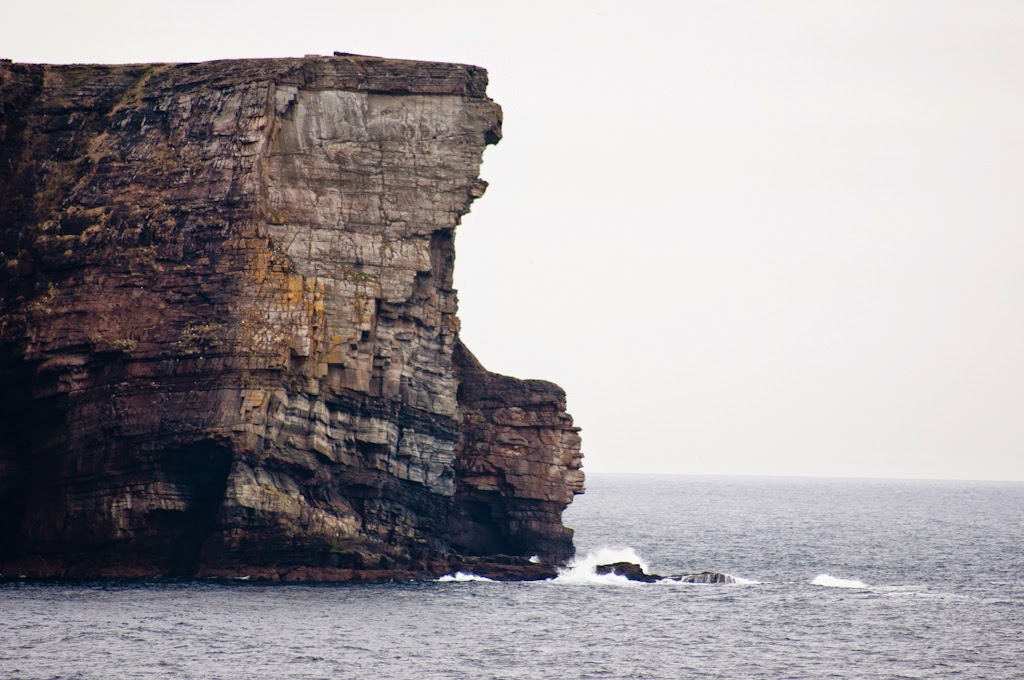 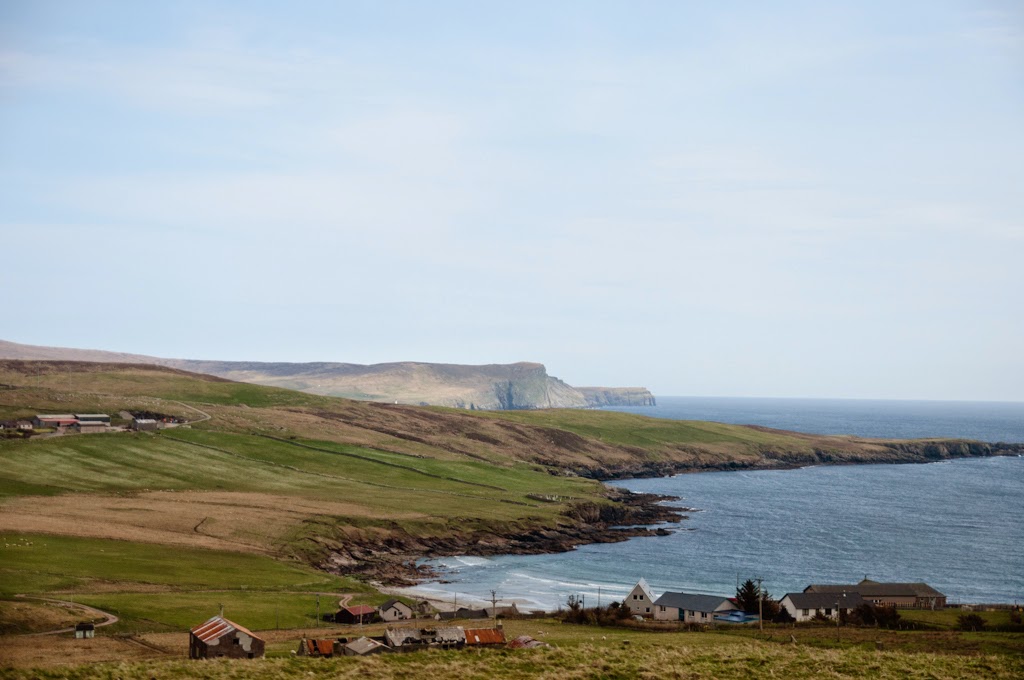 The Shetland Islands are an archipelago of more than 100 islands. The islands – most are unsettled – have app. 22.000 inhabitants and they are famous for an abundance of wildlife - especially at this time of the year for sea birds.

Most of our passengers choose the opportunity to examine the older history of the islands. They went to the Jarlshof, a remarkable archaeological site, with Neolithic remains and settlements from the Bronze and Iron Ages and remains of an old Viking settlement. 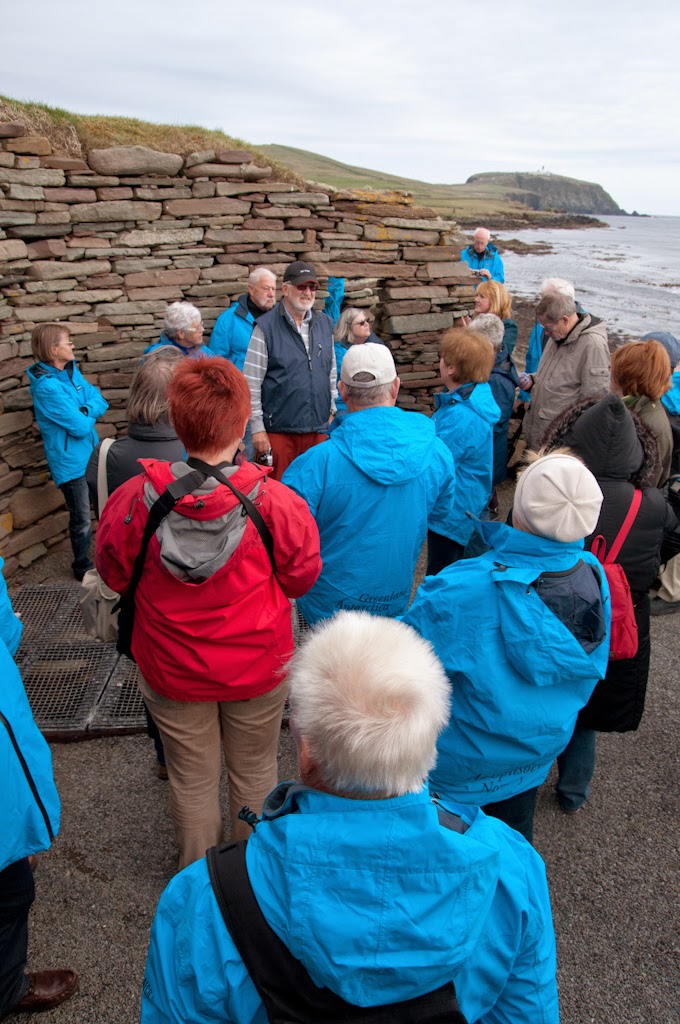 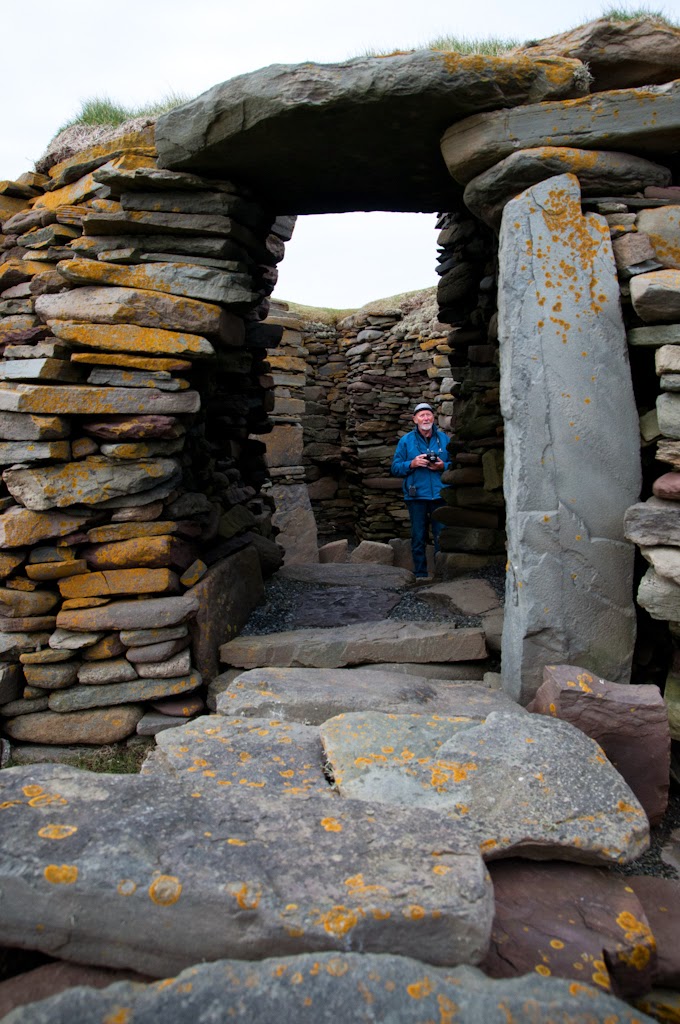 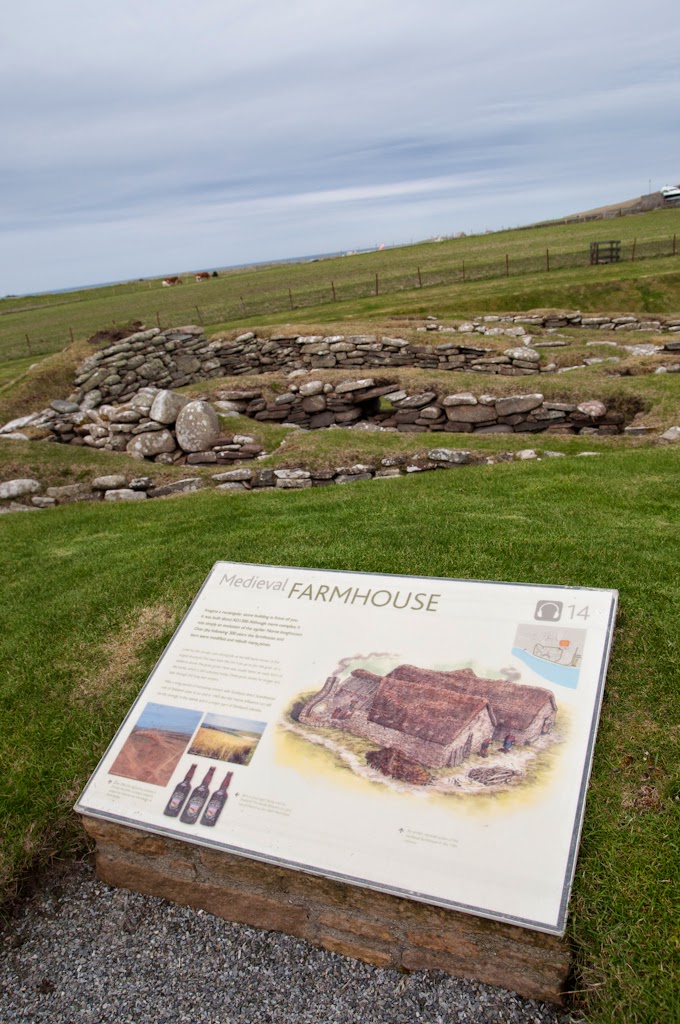 Others left for a visit to the little island of Mousa. Mousa is very famous for its Iron Age Broch, a stone-built house that looks a bit like a round tower. These brochs can be found all over on the Shetland Islands and the rest of the Scottish country. They are at least 2000 years old, historians are still not sure about the real age. For us it was nice to climb up the inside stairs of this 43feet high building to have a good view over Mousa Island. But Mousa is not only famous for the Broch, it is especially well known for its amazing wildlife that we also could enjoy on our walk around the island.


All excursions came back so early that there was still time for everybody to learn the city of Lerwick. 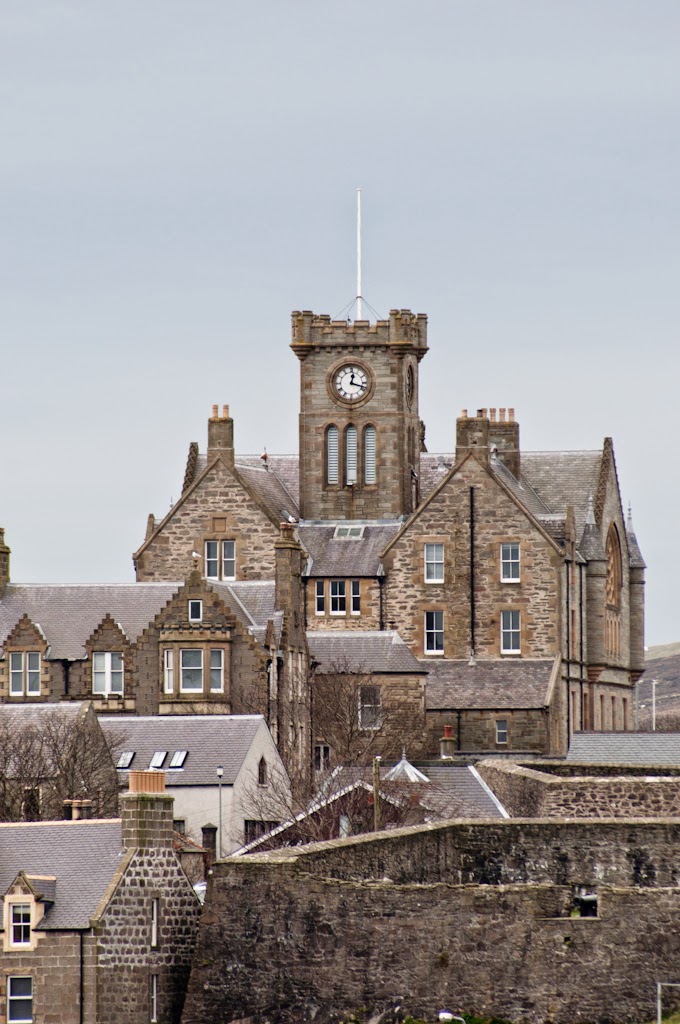 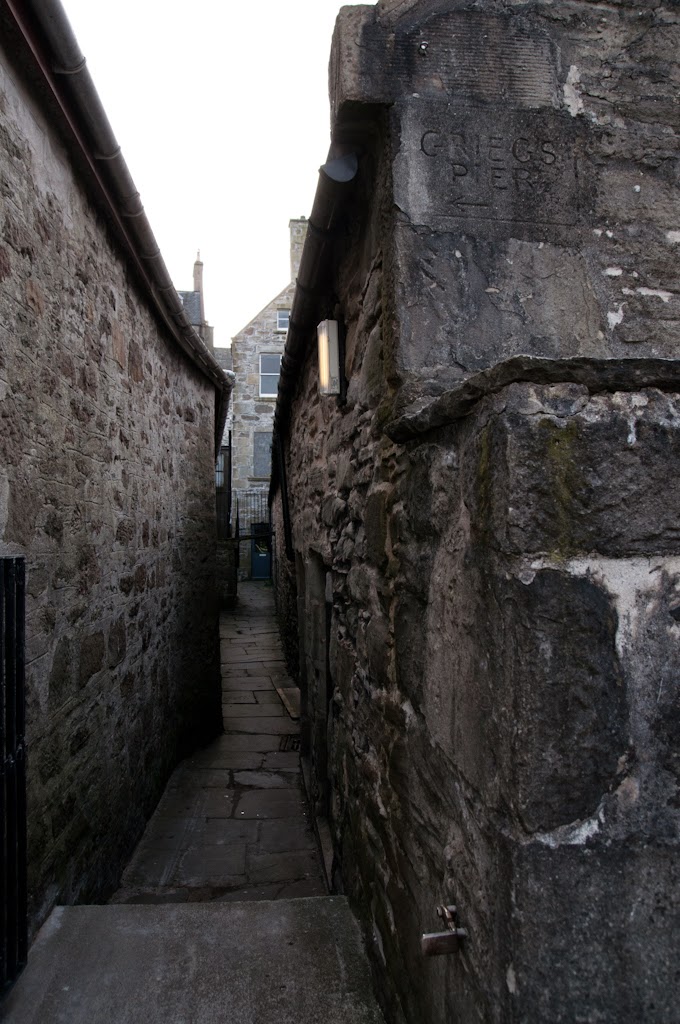 The day ended with FRAM’s famous fashion show well presented by the captain, his officers and the expedition team. 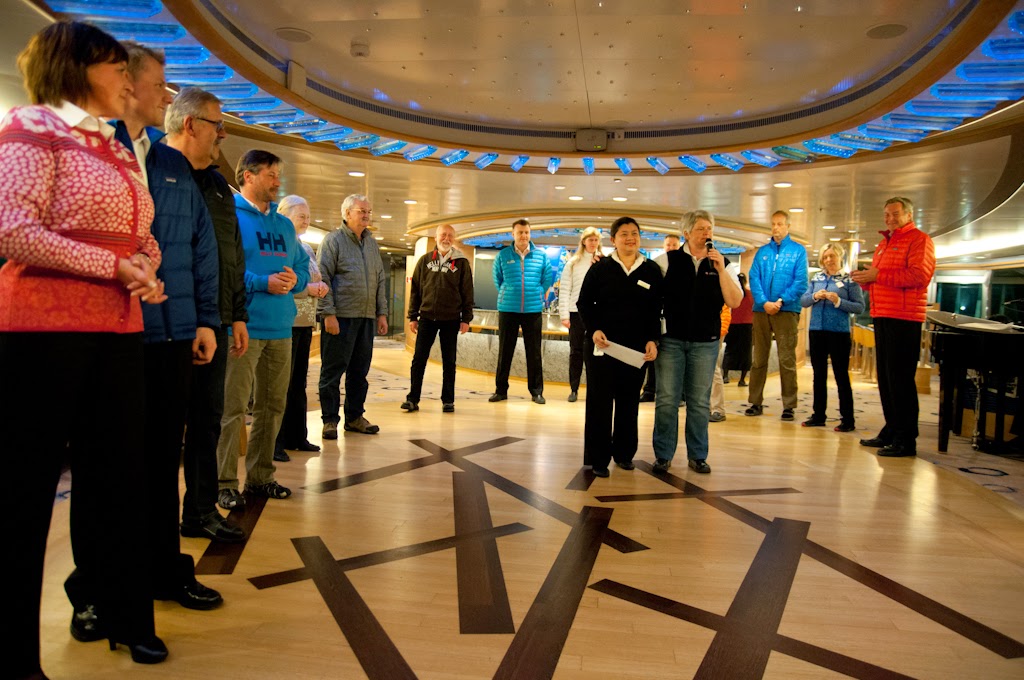 Email ThisBlogThis!Share to TwitterShare to FacebookShare to Pinterest
Photograph(s) by: FriedaPhoto, Steffi Wiegand
Newer Post Older Post Home
Welcome to MV FRAM's Expedition Blog!
MV FRAM is the most modern expedition cruise vessel belonging to the Hurtigruten fleet, roaming polar waters and taking people to remote places where only few go. In order to give you the chance to travel with us, even if only on your computer screen, we have created this blog. Here you can see what we have seen and read what we have done.
And, maybe you will be onboard with us one day!
All About MV FRAM - here
FOLLOW US ON FACEBOOK !