Getting hot on a windy day 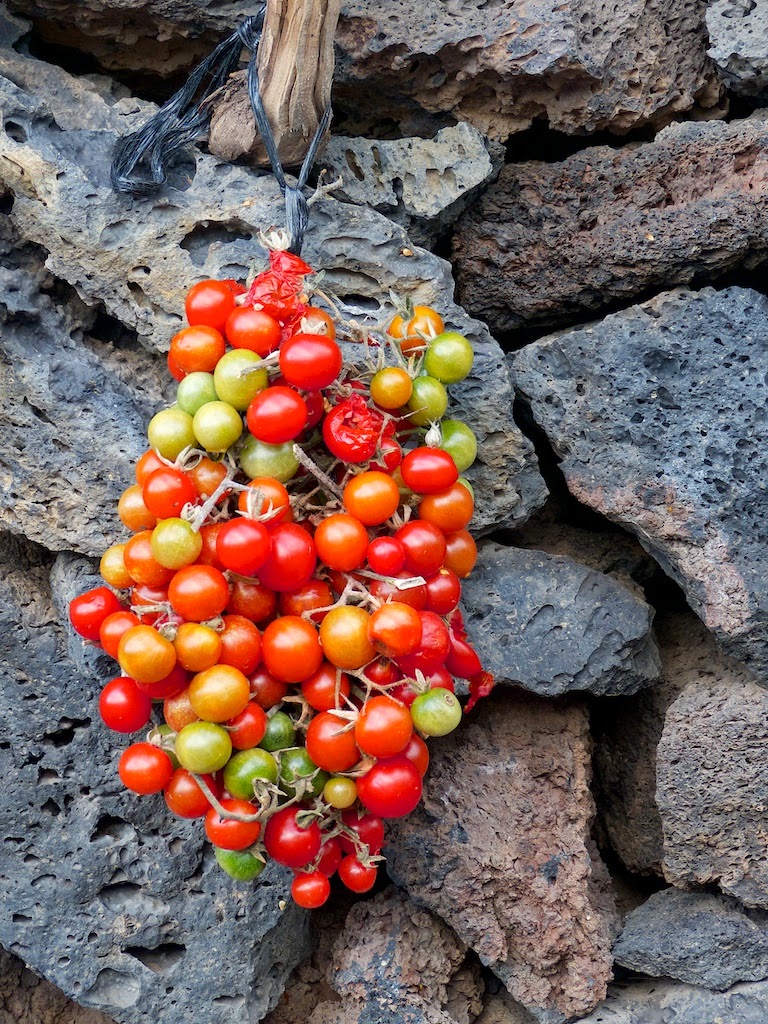 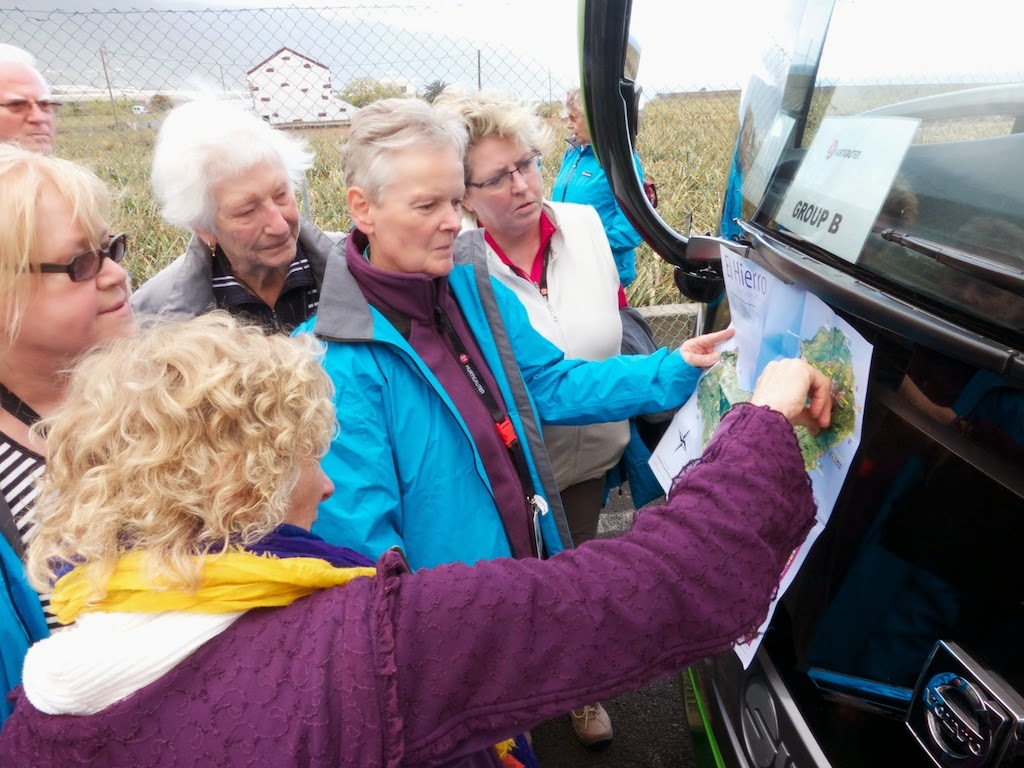 After a rather bumpy start - some had slight problems sleeping at night as the ship was pounded by waves - we arrive at El Hierro just before sunrise.
Still the wind is blowing hard and the rough impression can not be placated by the beautiful morning light. Clouds are rolling in promising some rain, but then again: What are the pretty blue jackets for if not to protect against exactly that...?
After having delivered the island's kids at school the excursion buses pick us up for a four-hour ride across the whole island. 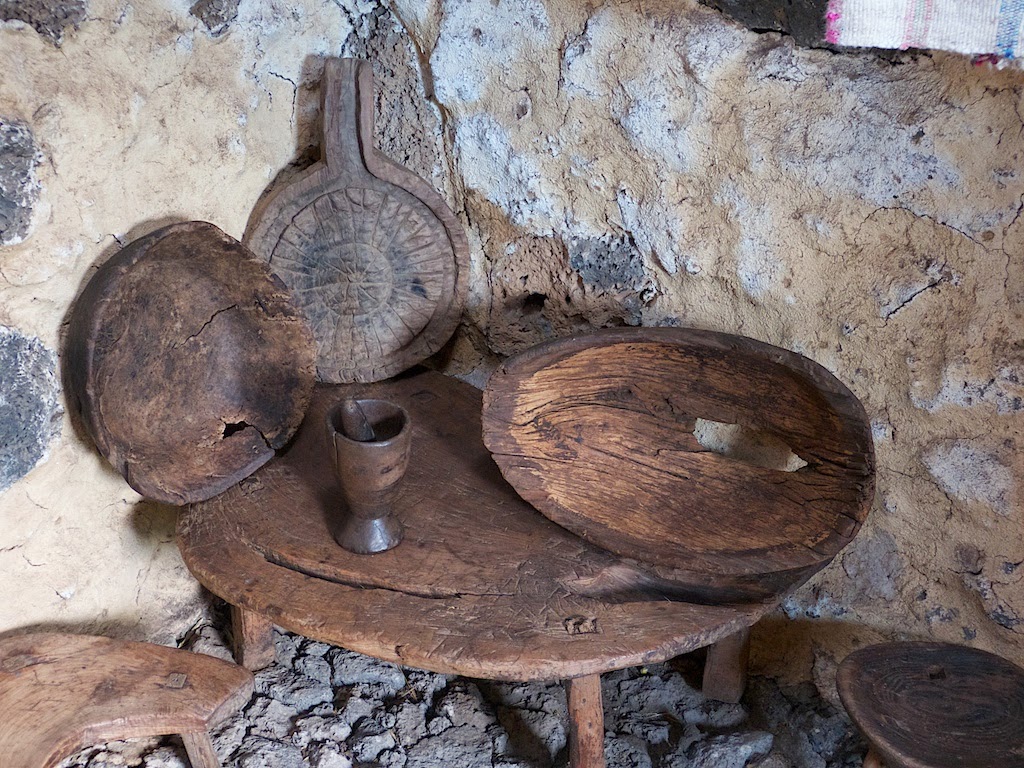 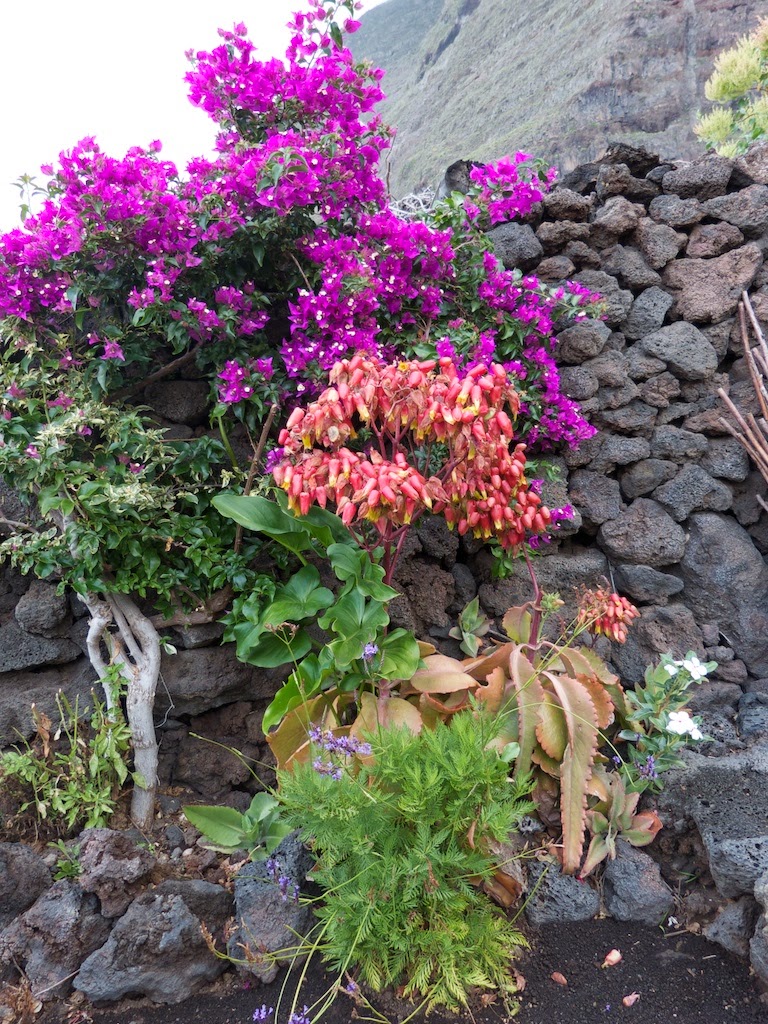 Although there is still some discussion about the origins, Hierro means "Cistern" in the Guanche language. It is the westernmost, smallest, and youngest of the Canaries. All of them are of pure volcanic origin, sitting on a permanent and violent heat source deep below that is called hot spot. The heat constantly seeks a way out to the open and so creates one island after the other. 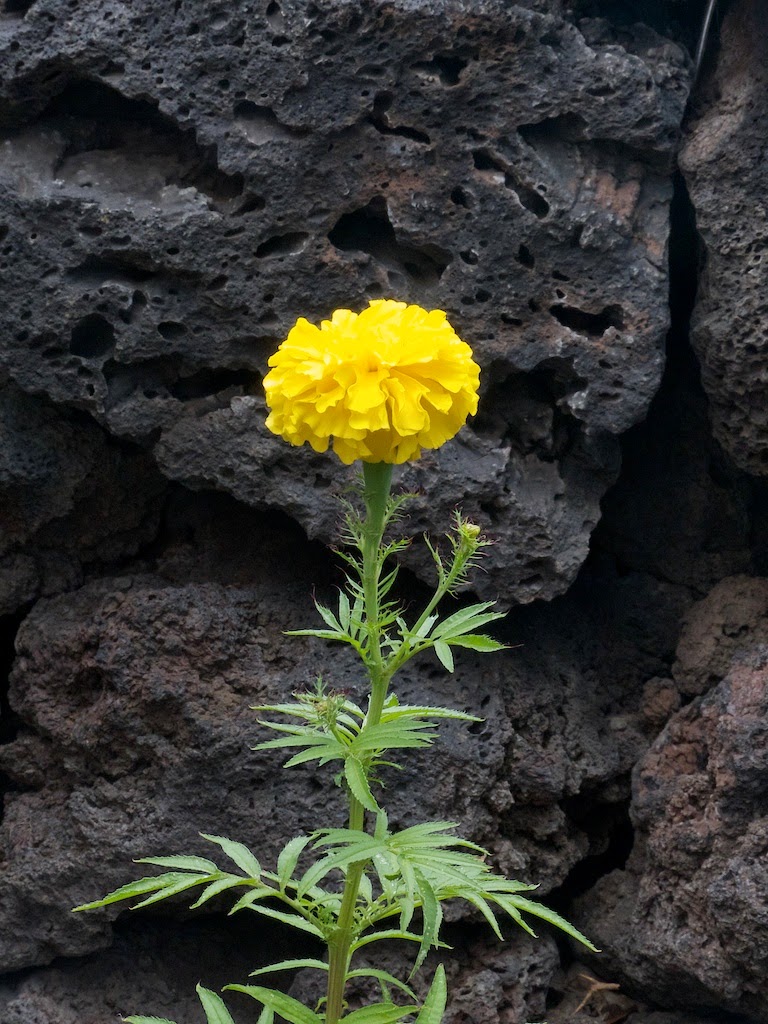 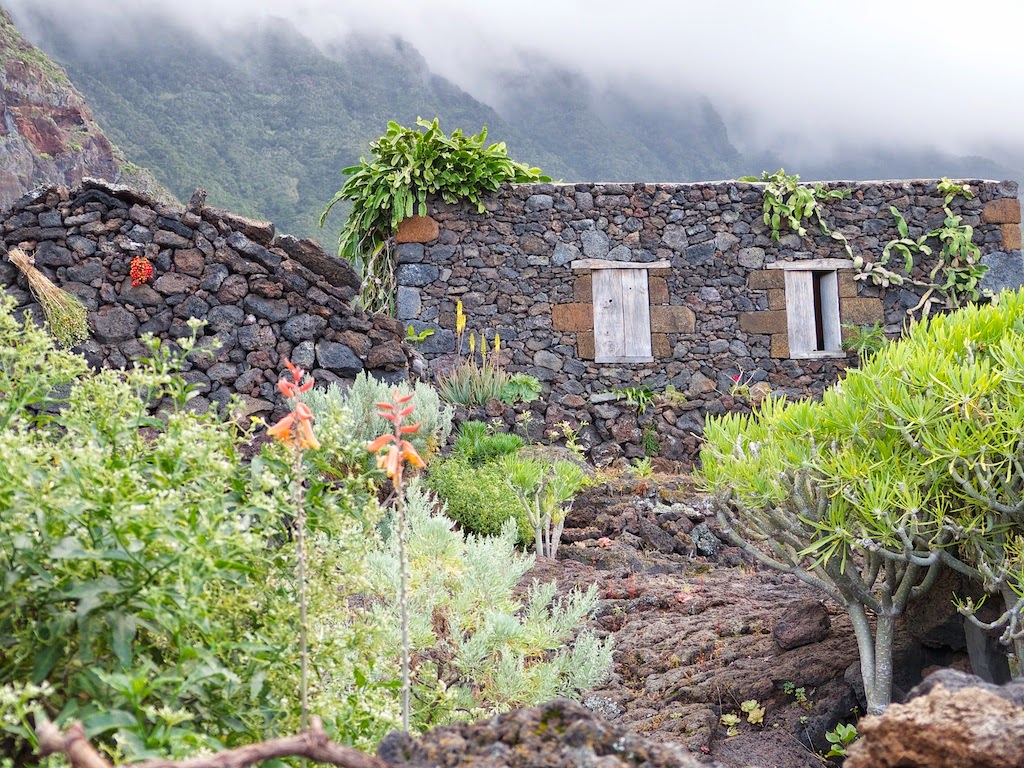 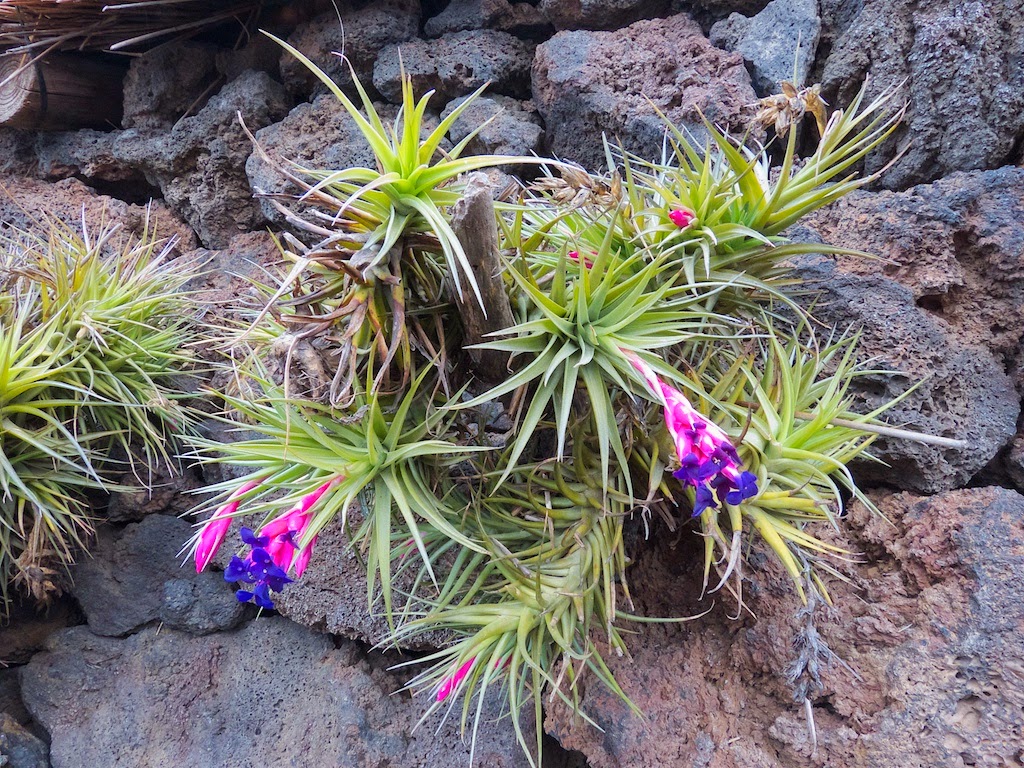 When they finally cool down nature takes a while to start making them green, which is difficult as the presence of water on the island is not so obvious. So, being the junior volcano, Hierro is barren and basaltic in many places, the plants mainly bound to higher altitudes where they can tap the water straight from La Bruma, the persistent fog (or low clouds, hard to tell the difference) in some of the islands. Even then the green vegetation is limited to laurel and briar. Not so flowers: Their beauty and richness in color is much enhanced by the dark backdrop of the lava rocks, it's the most charming display. 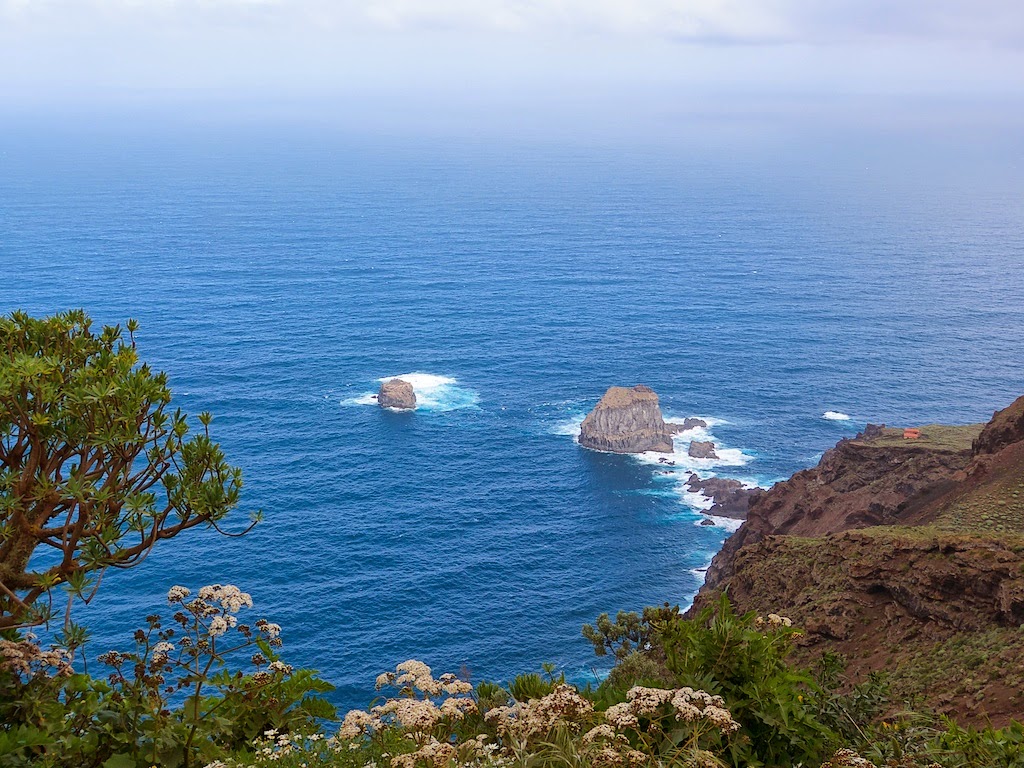 The museum of Guinea shows how living was like from the 17th to the 20th century, from merely bed and bowl to more and more luxury items, but all built from the porous, sturdy lava rock. The same rock that is the preferred resting place of the Lagarto, the giant lizard, which is endemic to the western Canary Islands. 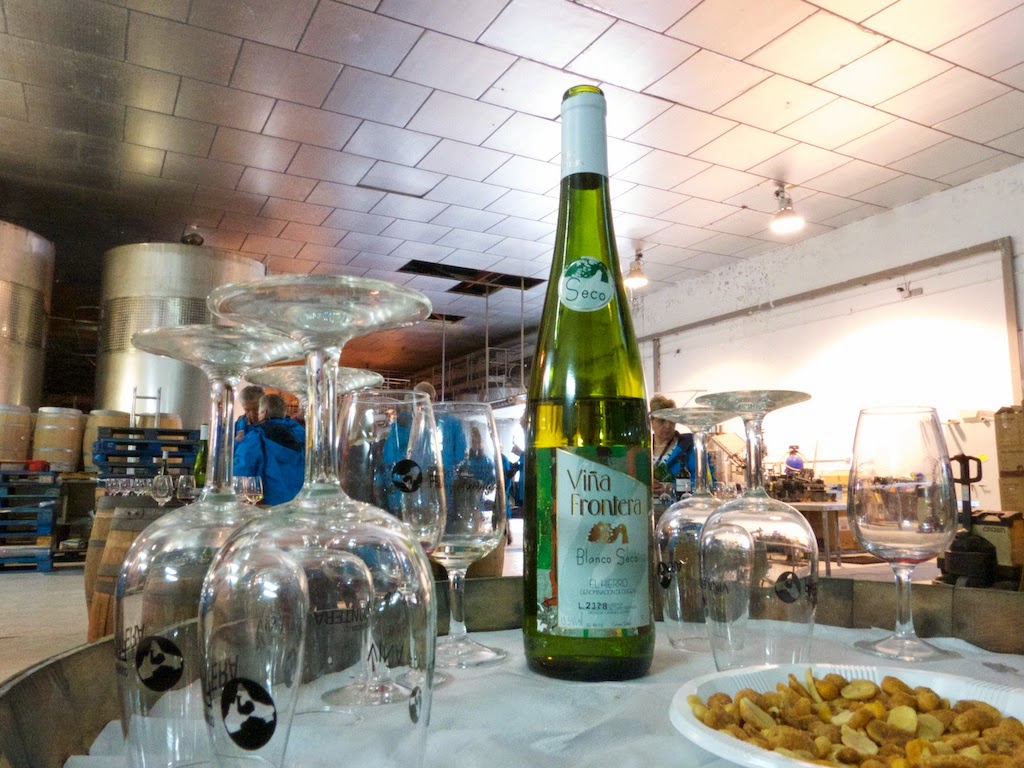 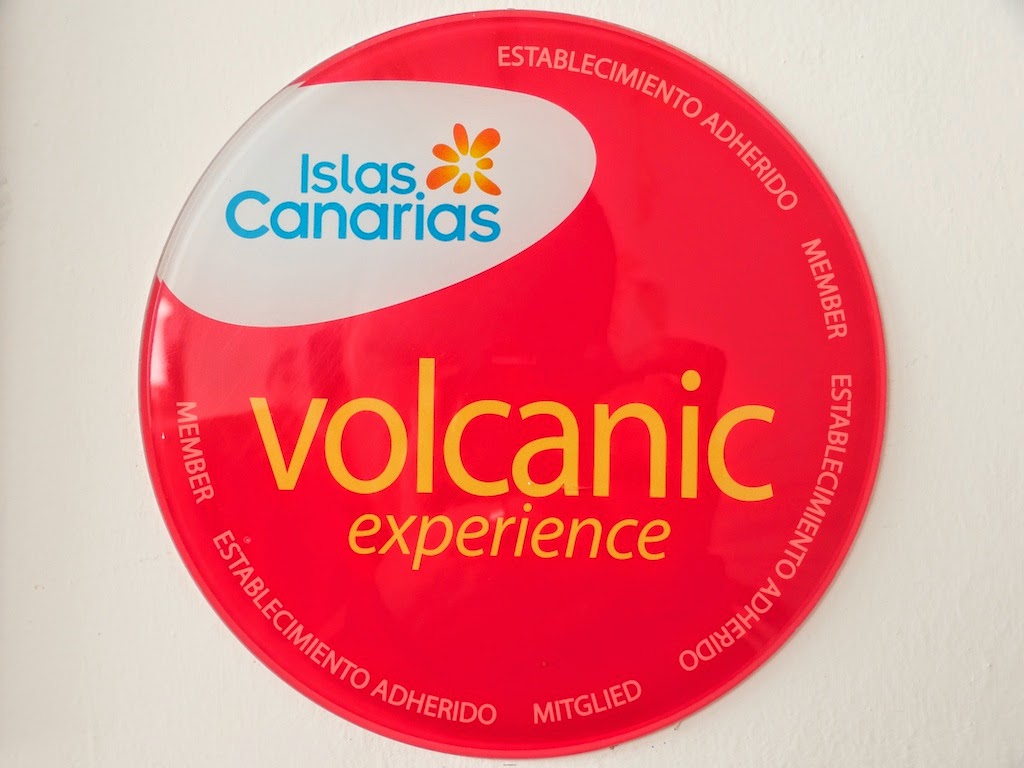 Oh, and let's not forget about the wine tasting. On the steep slopes of the volcano there is enough fertile soil to grew a few grapes that are sold with more and more success.

The first excursion ends with a lot of impressions - and sunshine.