The FRAM spent the morning heading south and soon after we crossed the Antarctic Circle King Neptune appeared as we had entered the southern reaches of his Kingdom. He was not pleased with our unexpected entry into his Kingdom but he was willing to be forgiving IF those who had not entered this part of his realm before – became his subjects by being initiated with a dousing of cold water. Many of us were initiated and now we are pleased that our new King is happy and will let us continue south with fair winds and following seas. 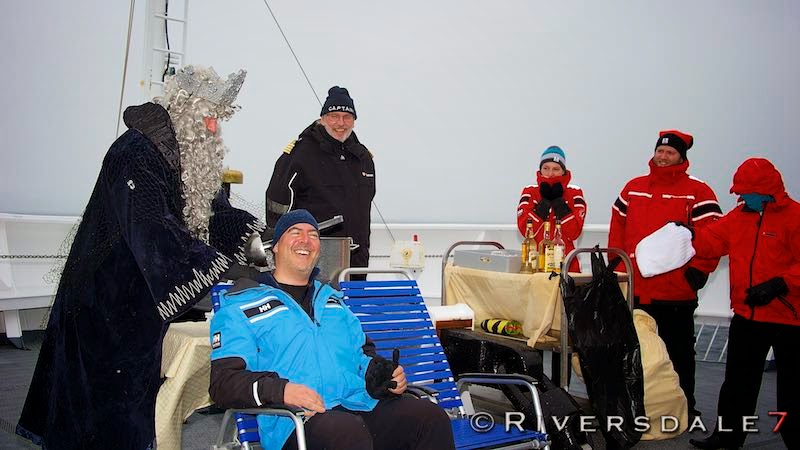 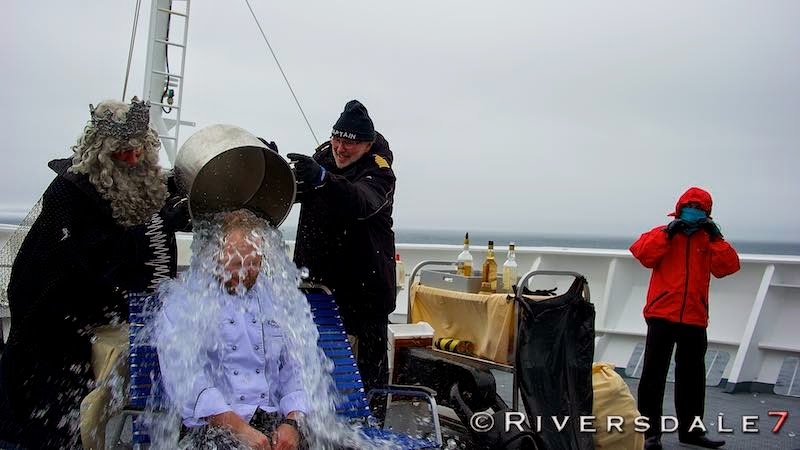 Soon after the initiation we arrived near Detaille Island. A scouting expedition went ashore and returned with the news that a safe shore landing was not possible. So instead Karin the expedition leader turned the page to plan 2. We would all be able to go cruising in our Polarcirkle boats among the many grounded icebergs that are nearby. The cruising trips were often different as some followed whales, others photographed castle-like icebergs and some saw several seal lounging on pieces of old sea-ice. 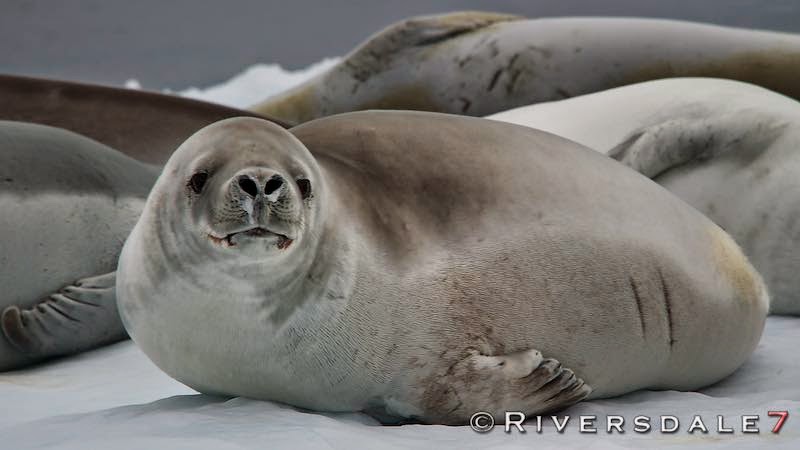 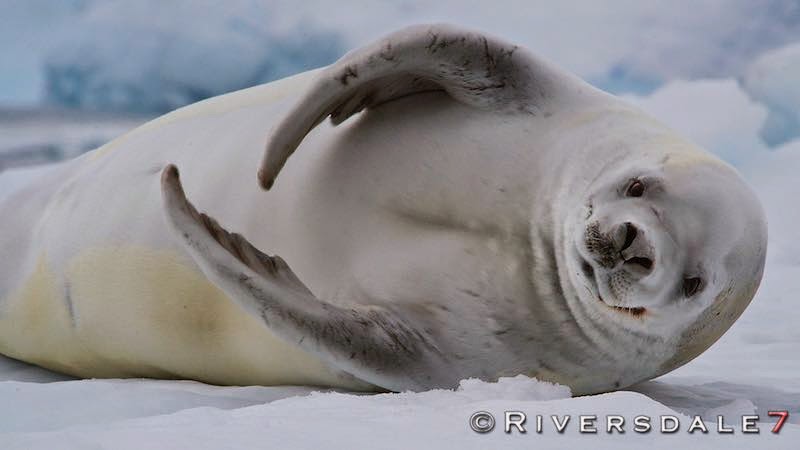 As the day closed we began our journey south toward Stonington Island and Horseshoe Island. 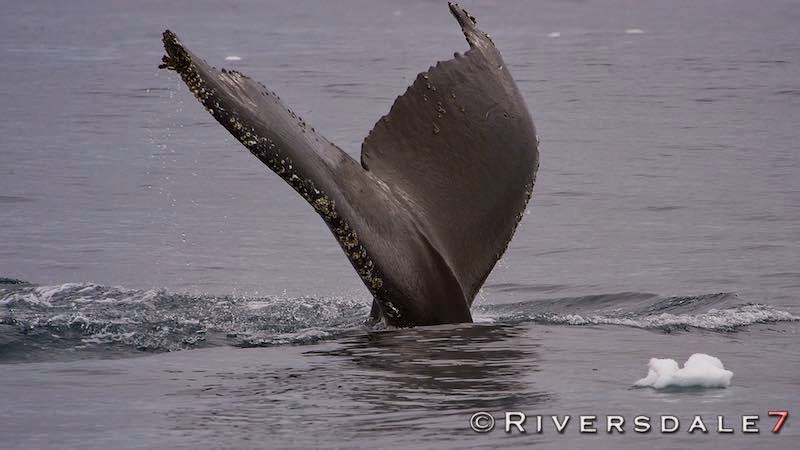 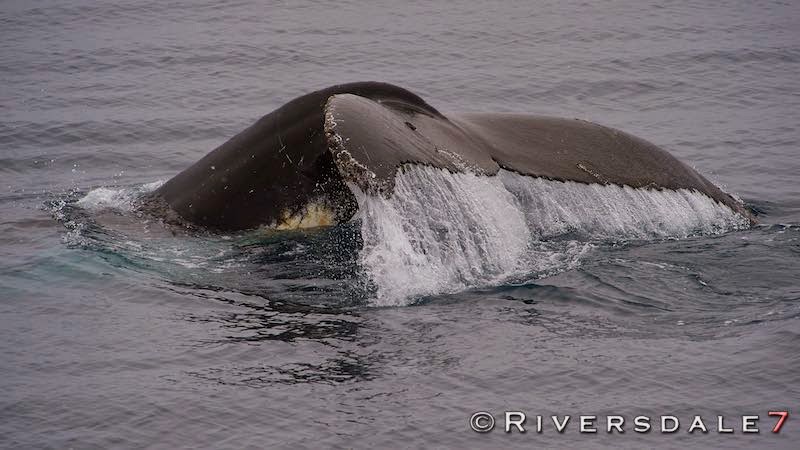