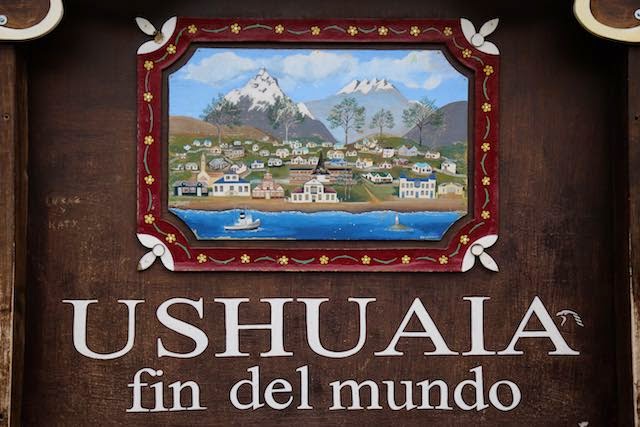 The FRAM is clearly visible at the pier in Ushuaia and though it is overcast there is almost no wind today. Calm days are rare in Ushuaia. 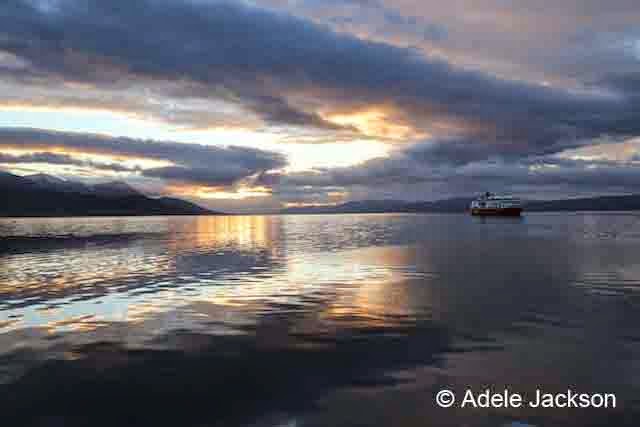 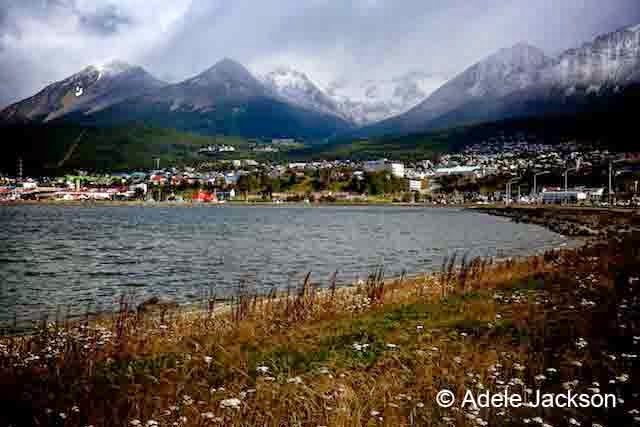 By mid-afternoon passengers and luggage started arriving at the FRAM. Frieda’s pleasant voice welcomed people onboard and explained the check-in procedures. Before leaving the pier the FRAM held the mandatory safety drill. Everyone was checked off at their muster station and when the drill was complete the dock-lines were cast off and we were on our way to Antarctica. 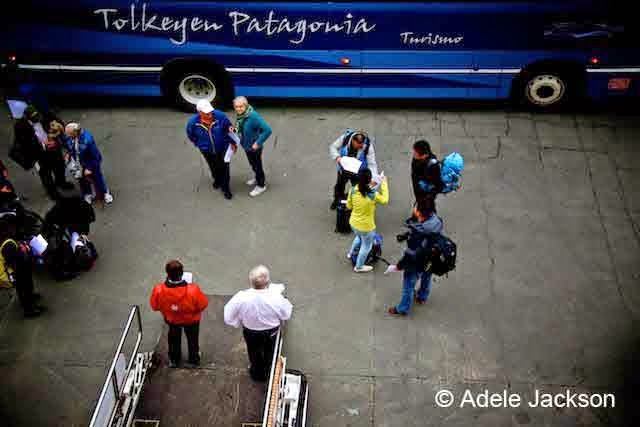 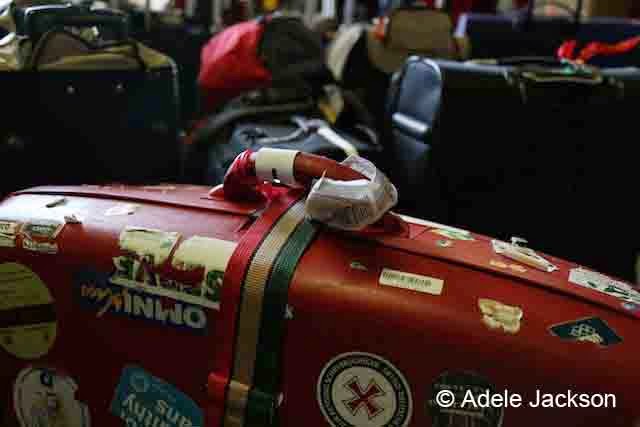 Beagle Channel was misty with some light rain but we could still see the mountains and ridges bordering the sides if the channel. On the intermediate elevations we could see the clear demarcation of the tree-line. About two hours after leaving Ushuaia we passed Puerto Williams,

Chile, this town on Navarino Island is regarded by Chileans as the southernmost town. Argentinians regard Ushuaia as the southernmost city. To most of us this debate is not a major concern. Our major concern is the weather and sea conditions we will encounter as we head south. Later  this evening we will drop of our Argentinian channel pilot at the eastern end of Beagle Channel and then we will head south in the open sea crossing the infamous Drake Passage to Antarctica. 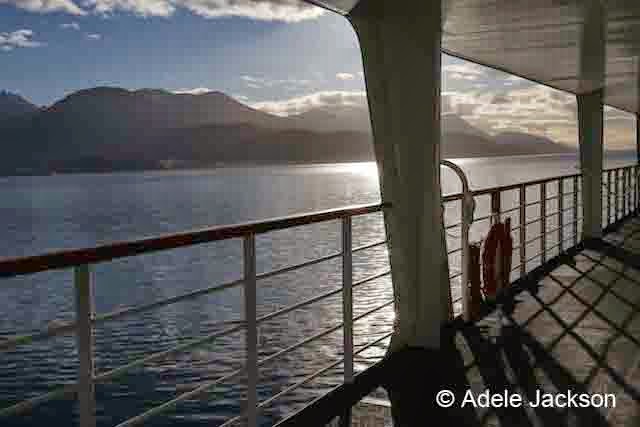