A FULL DAY AT BROWN, LEMAIRE AND PLENEAU:

Our morning landing at the Argentinian Station Brown was in clam waters with no wind. The red buildings of the station are at present unoccupied and the area around the station site has a few Gentoo Penguins, Blue-Eyed Shags and Snowy Sheathbills. 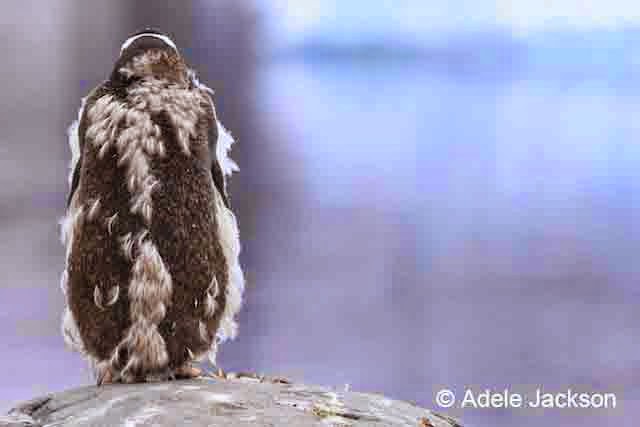 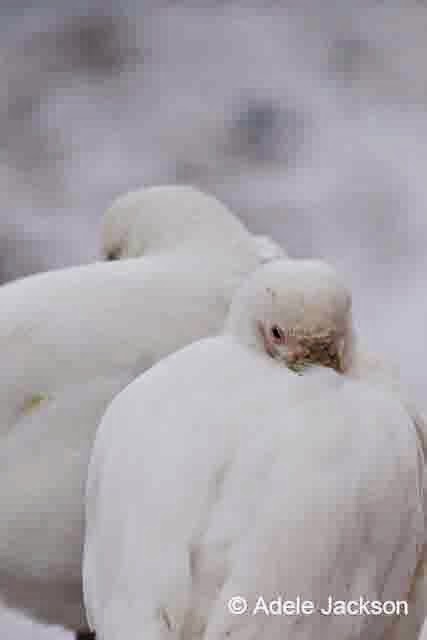 The unique attraction at Brown is the opportunity to climb the hill behind the station and slide down. Many of us did slide down the snow channel, even though we had not been snow sliding for many 10’s of years. Others of us had the opportunity to go cruising in Polarcirkle boats and kayaks and this allowed us to get closer to Humpback Whales and several species of seals including the big leopard Seals. 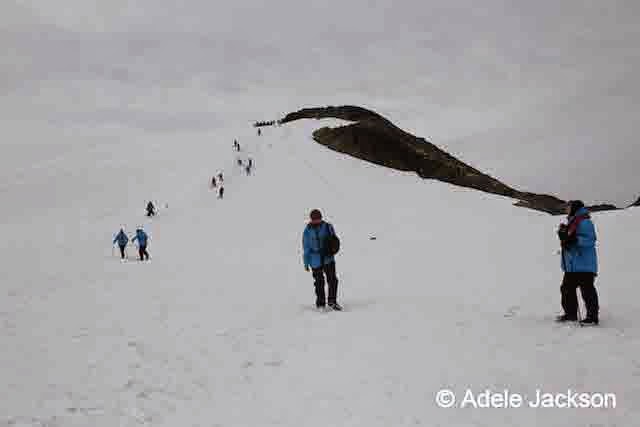 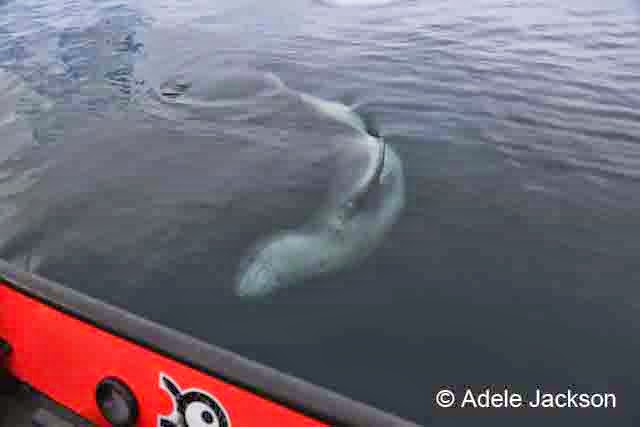 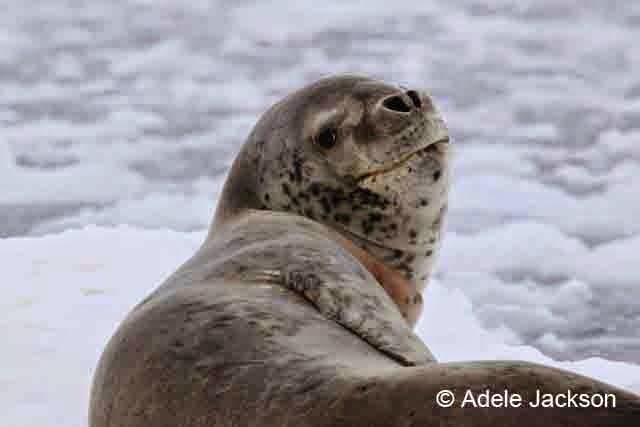 After lunch we headed south through Lemaire Channel. This location is perhaps the most the photographed site of our journey. 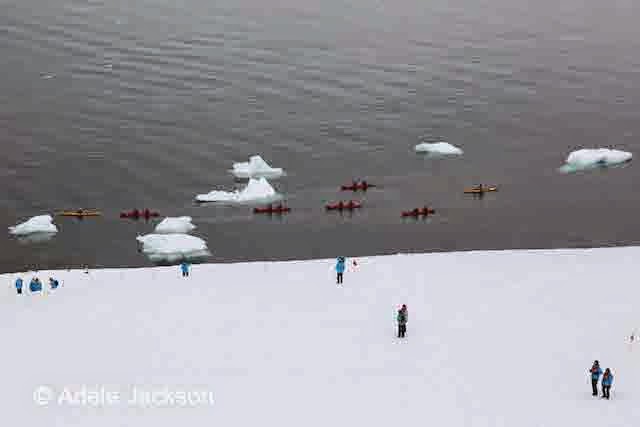 At Pleneau Island the surface rocks have been rounded smooth by over-riding glaciers and on the rock surfaces one can see the glacial striations gouged into the rocks by boulders that were embedded in the bottom of the over-ridding glacier. Many people had a close-up view of the rocks as they climbed to the top of the island. Gentoo Penguins were nesting on the lower slopes and often there were chicks ranging from newly hatched to those that were older and rid of their down coats and now nearly fully feathered and ready for the sea. There was a single Adelie Penguin sighted among the Gentoo colony. During our landing time, the kayakers and Polarcirkle boat cruisers had a wonderful experience and close-up views of the many nearby grounded icebergs. 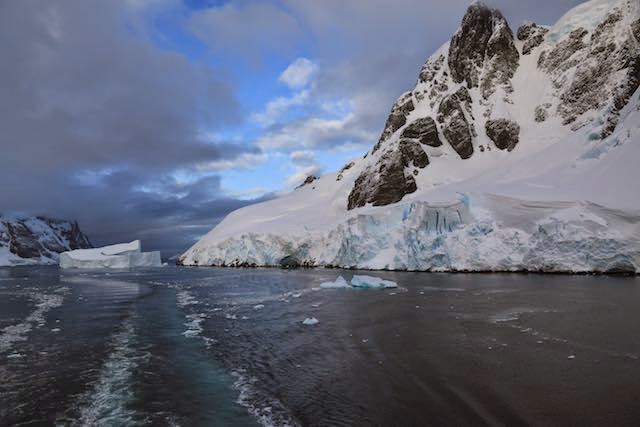 After dinner our camping group went ashore and set up their tents and snuggled in for a night ashore. All went well and the extra-thick mats and sleeping bags kept everyone toasty warm. 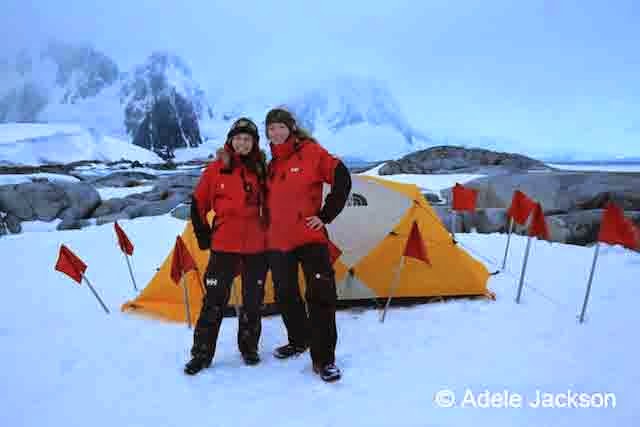