THE CONTINENT PLUS MUSEUM/SHOPPING AND PHOTOS GALORE

By about 08:00 our campers were back on-board the FRAM and while we all had breakfast the FRAM moved from Danco Island to Neko Harbor. This site is exceptional! Among the staff no matter how many landings one has done you always retain a wonderful memory of your first visit to Neko Harbor. Of course it is a landing on the Antarctic continent but most memorable is the view of the large crevassed glacier wall that is visible as we skirt the penguin colony. Also visible is the concrete floor of the Argentine emergency hut. The hut was to blown to pieces several years ago by either strong winds pouring down from the higher reaches of the continental glacier front or a very large seiche wave that formed by the calving of a large chunk of the glacier. A year or so after the destruction an Argentinian patrol returned to the site and removed most of the debris.
The Gentoo penguin colony was very active with many large chicks demanding to be fed by their resident parent. The climb to the left around the colony and up-hill gave us an incredible view of the glacier front and from the top-most part of the colony we could look over Andvord Bay with the FRAM below and several feeding whales. 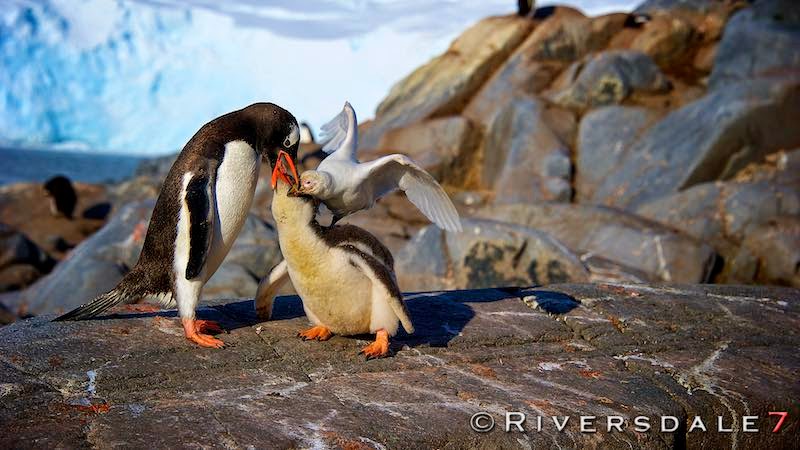 Above the top of the Gentoo colony the Expedition Staff flagged a trail to the rock outcrop and from here, those of us who made the trek, had a spectacular view of the glacier front, the Bay and the three or four mountain ranges in the distance.

While most of us were ashore our Polarcirkle boat cruisers roamed sunny Andvord Bay cruising a safe distance off the calving ice front of the glaciers. During the excursion they also observed  Humpback whales feeding on krill plus sightings of Crabeater, Weddell and Leopard seals.

Returning back on-board we had a sunny transit through Neumayer Strait to Port Lockroy. Our landing at Port Lockroy was challenging as it was low tide and there was quite a surge by the waves at the rocky landing site. But now we are experienced in disembarking the Polarcirkle boats and everyone made it safely ashore. Had this been our first landing, disembarking would have been quite a challenge. 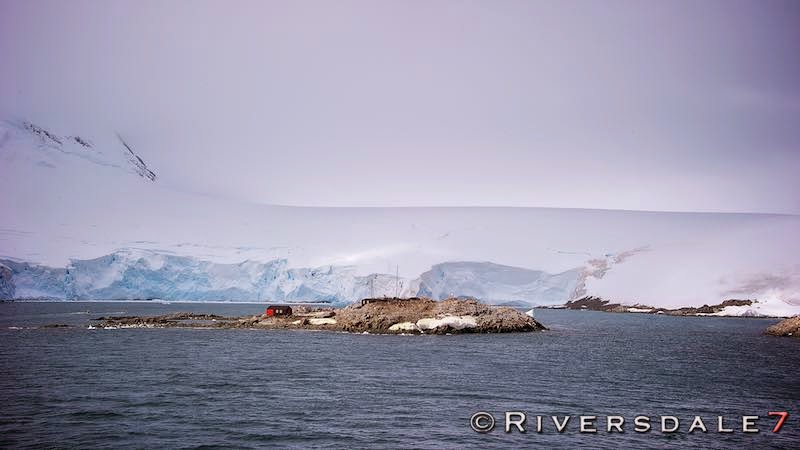 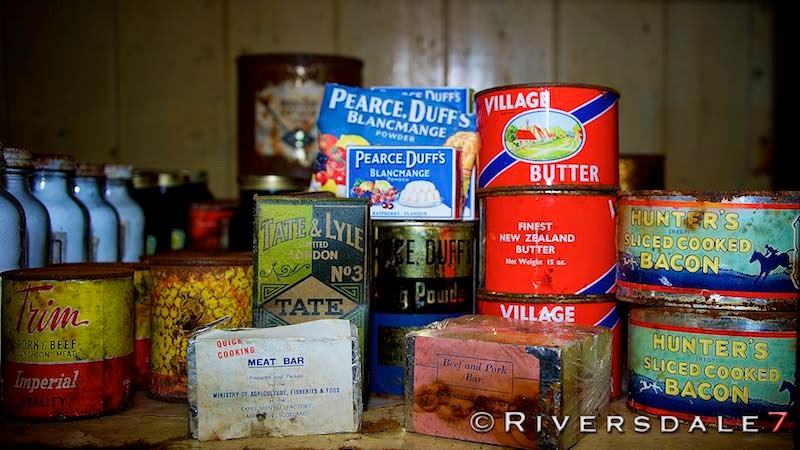 Port Lockroy is a restored research site and we were able to see and photograph the research equipment and radios as well as the types of types of canned food the scientists had to eat. In the 50’s and 60’s the canned food was often “enhanced” with cooked penguin meat. The recipes for cooking penguin include adding spices galore but even then the results were memorable and far below three or four star cuisine. At the store we made our share of purchases with the benevolent knowledge that the profits from the shopping will be used by the Antarctic Heritage Trust to maintain and restore bases and buildings for future visitors to experience the conditions under which the original personnel lived and worked. 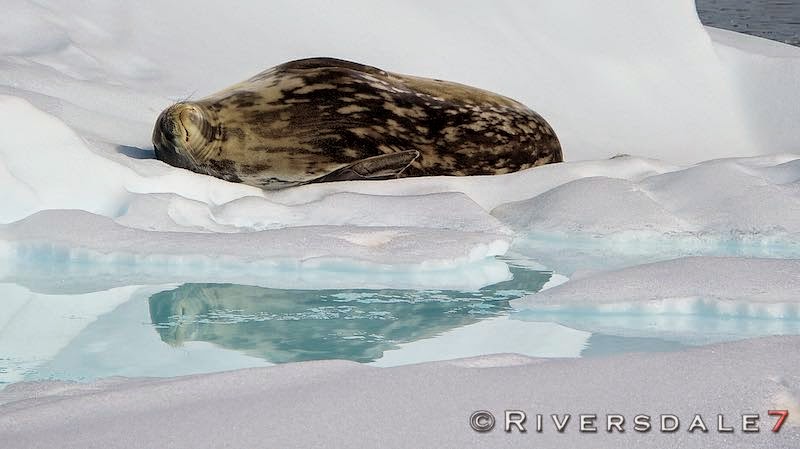 Then the day turned spectacular. We transited Lemaire Channel at the sun was setting and the full moon was rising. The light, the clouds, the snow fields and the moon all changed as the light faded. No sense writing and wasting words, just look at the accompanying photos by our photographer, Dominic Barrington. 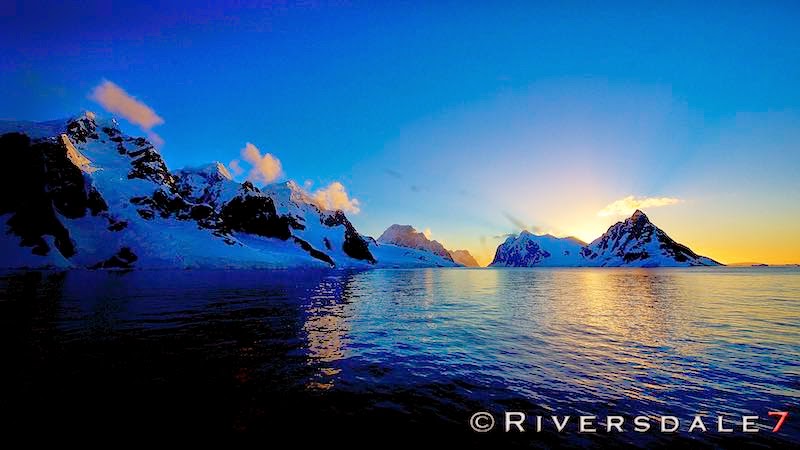 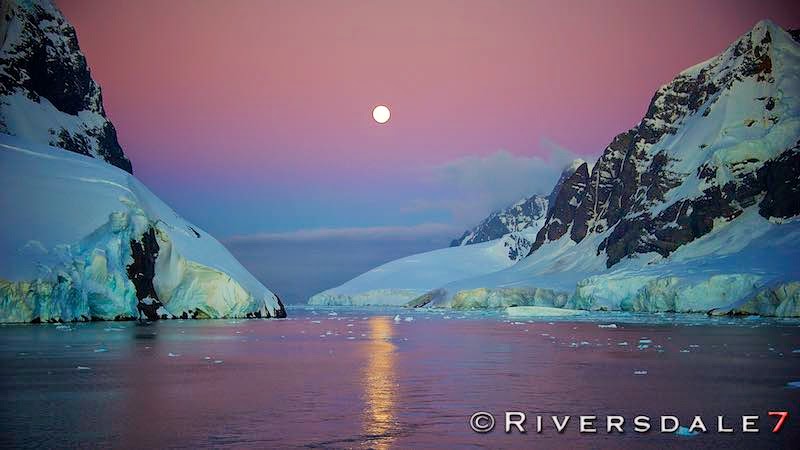