Appearances Can Be Deceiving

Today we spent the entire day at Deception Island.  In the early part of the 19th century sealers were unaware of the existence of the entrance to the hidden flooded caldera. They called it Deception Island when they discovered that it contained a very conveniently-sheltered harbour, Port Foster.

Navigating the entrance is always a little bit tricky as several unlucky ships have discovered that there is a rock hidden just beneath the surface and just off centre.  It behooves a navigator to choose his course with care when navigating the entrance to the caldera which aptly called Neptune’s Bellows.

We breezed on by Port Foster and continued deeper in the caldera to Telefon Bay where we dropped anchor at approximately 08:00.    Our plan was to hike up a gentle slope to the rim of a crater and then to hike all the way around the rim.   However even the best laid plans are often foiled by the weather gods of Antarctica. Low dense clouds covered the highest parts of the crater putting an end to the circuit.  Instead we were able to hike on both sides of the rim and proceed half way around from either direction.  The views from the top were largely of fog but from time to time a rent would appear in the mist revealing much of the flooded caldera of Deception Island. Across from the landing site six Crabeater Seals lay hauled out on the beach.  They offered another fine photo-op en route back to the ship. 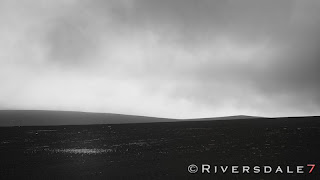 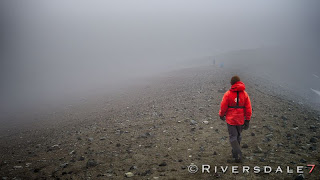 In the afternoon at 14:00 we dropped anchor at Port Foster in Whaler’s Bay beside the old whaling station. Deception Island is geothermally active.  Huge clouds of steam arose from the beach.  A strong smell of sulphur permeated the air.  If you put your hand in the wet sand along the water’s edge it was very warm.  Cool!  Er... warm! 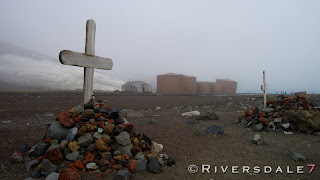 The fog continued to pulse in and out.  Patches of blue sky would tantalizingly appear for a few brief seconds and then just as quickly disappear.  Our plan at Port Foster was to offer a much longer hike to a very well known Chinstrap colony called Baily Head on the outside of the island.  Sixty four people had signed up for the much anticipated hike.  But the fog!  The fog put the kibosh on that plan too!  Still, despite the fog there is plenty to do and see at Port Foster. Manuel lead the way up to Neptune’s window where the American sealer Nathaniel Palmer first sited Antarctica.   Rudolph lead another group in the opposite direction past the remains of the old whaling station to the airplane hangar.

Before heading back to the ship, many passengers opted to take a  Polar Plunge.  While the water is somewhat warmer inside the caldera especially at low tide along the shoreline (because it is heated geothermally) somewhat warmer is a very relative term.  The shock that registered on just about everyone’s face as they hit the icy water attested to that cold fact! 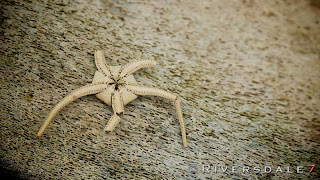 Now we are headed north on the north side of the Bransfield Strait and will soon make our way to Drake Passage.  We are enveloped in a heavy blanket of fog.