PASTA OR NOT PASTA

In the morning we all attended our mandatory IAATO briefing, were they told us what we can and what we cannot do in Antarctica. The morning was foggy and gray; however the seas were very calm, as soon as we crossed the Nelson strait the fog partially cleared up.  Nelson Island is almost fully covered by snow and ice. We saw many penguins jumping out of the water as we moved toward our afternoon landing site. What a beautiful and overwhelming first sight.

Half-moon was the first place that we visited on this trip. 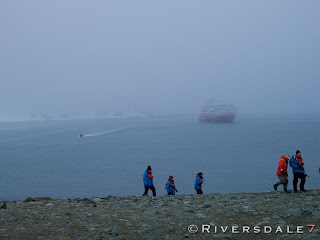 The island contains about 3,500 breeding pairs of Chinstraps, and a few Gentoos that can be seen on the beach. Occasionally we find a lonely Macaroni Penguin, which we called the PASTA and we always play the game PASTA IS - PASTA IS NOT, but the great majority of visits PASTA IS, and this time PASTA IS and not only that, there have been two of them. 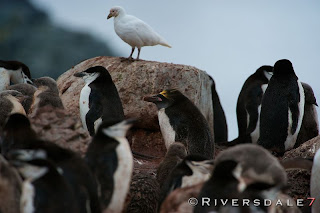 At our arrival to Half-moon, some of us went for a hike to the far end of the island passing near the unmanned Argentine station of Camara. 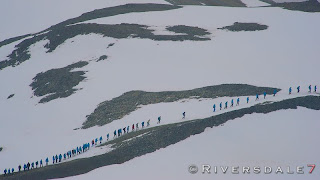 The second group stayed around the penguin colonies, which contained nestlings of about a month of age.  Surprises never end and most of us had the chance to observe yet another species of penguin, a Rockhopper, which is a rare event here in Antarctica. 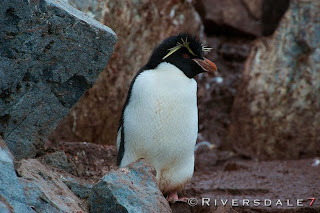