We spent our last day of landings in a sunken crater! Deception Island is the outside wall of a volcano whose caldera collapsed, creating a 200m wide opening and flooding its interior. The view inside this natural harbor is spectacular, especially today as the fresh snow provided an incredible contrast to the black volcanic rock. 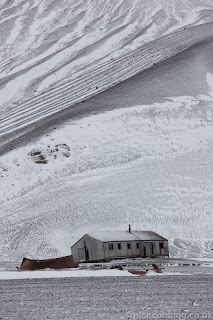 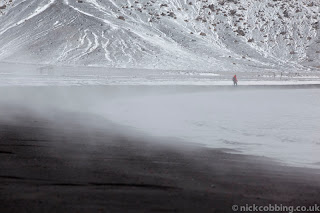 Our first landing was at Whalers Bay, home to a whale processing plant between 1912 and 1931. While most visited what is left of this past era and took in the rather surreal sights, fifty-four of us braved a 3km hike over the edge of the caldera to Baily Head, home to about 120,000 chinstrap penguins. And unlike past attempts, the weather cooperated wonderfully, providing sights of Livingston Island in the distance and given a good perspective of the size of the crater as the FRAM anchored within. The landing was concluded by fifty-three passengers braving the frigid waters and going for a short swim in the -1oC water. 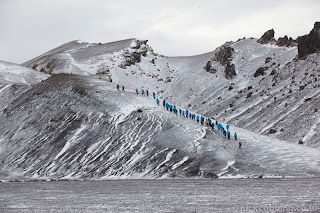 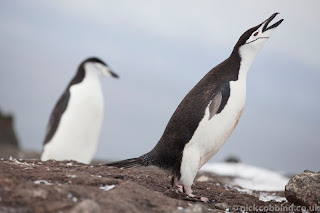 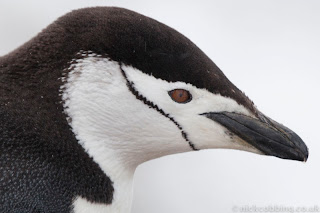 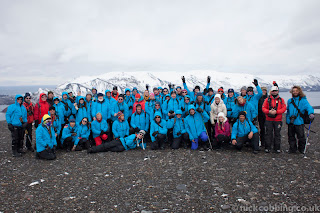 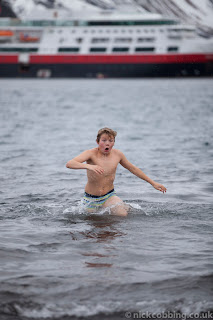 The afternoon offered a nice walking opportunity for all as we pulled into Telefon Bay. The walk around the rim of this fantastic side crater provided some stunning views of the caldera as well as of the Argentinian and Spanish research stations located within.

As we concluded our last day in Antarctica and turned the ship towards the Drake Passage, we were treated to a stunning sunset and moonrise.  After a sunny and active day, there could not have been a better ending. 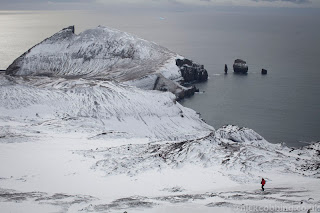 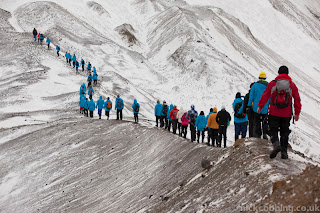 Email ThisBlogThis!Share to TwitterShare to FacebookShare to Pinterest
Photograph(s) by: Nick Cobbing
Newer Post Older Post Home
Welcome to MV FRAM's Expedition Blog!
MV FRAM is the most modern expedition cruise vessel belonging to the Hurtigruten fleet, roaming polar waters and taking people to remote places where only few go. In order to give you the chance to travel with us, even if only on your computer screen, we have created this blog. Here you can see what we have seen and read what we have done.
And, maybe you will be onboard with us one day!
All About MV FRAM - here
FOLLOW US ON FACEBOOK !