Another superlative day!  There was between 10 and 15 knots of wind blowing with scattered sunshine.  Temperatures hovered near the freezing point and just above.

Our first landing was at Stonington Island at 09:00. 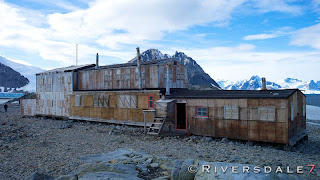 There was lots of time to explore the various buildings in both the old British Base “E” and the former American East Base.  A handful of squawking Adelie penguins seemed to wander aimlessly about the island.
The scenery was stunning (as it always is down here).  A large glacier loomed immediately behind the island.  We were able to witness a couple of minor ice calvings. The sounds of “white thunder” periodically punctuated the sonic landscape at Stonington. 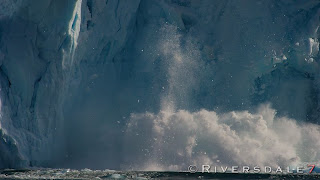 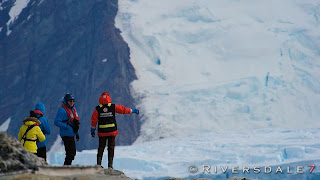 Our second landing of the day was at Horseshoe Island at 16:30.  We had plenty of time to muse through the old buildings at Base Y.  The base is in fantastic condition. There was plenty of canned food (long past the expiry date!) lining the shelves.  There were dishes, tools, radio equipment, snow shoes, books and numerous other items spread throughout the building.  It seemed as if the former occupants had just got up and left the day before. 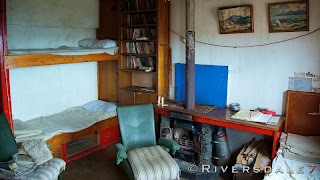 Several Skuas watched our every step as they fiercely guarded their chicks.  Quite a few of us were dive bombed by attacking Skuas.  We soon learned where we could and could not go! 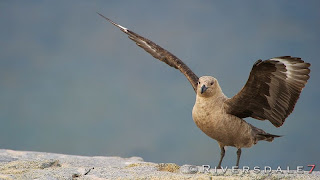 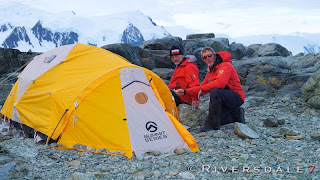 This was also where 14 lucky people spent the night on shore in tents.  It was perfect weather for the camping enthusiasts.  All of the participants returned to the ship for dinner after the afternoon landing and then went back on shore at 21:30 for their night south of the Circle!