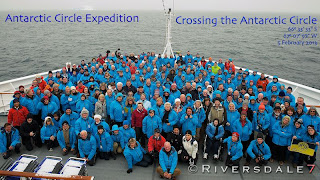 Dominic, our on board photographer, took a picture with passengers and staff in the bow of the vessel.  Neptune did his lovely traditional speech and of course many of us got baptized and received the traditional aquavit shot while the soft snow was still dripping softly on our faces.  This was a lovely way to cross the MAGIC LINE, especially as for most of us it was the first time. 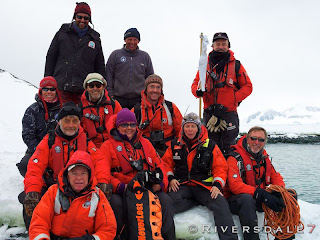 In the afternoon we visited the former British station base W that was in operation from 1956 through 1959. There we got a good impression of the life situation in a station during this particular period. The old station is now restored as a museum and belongs to the British Antarctic heritage trust. 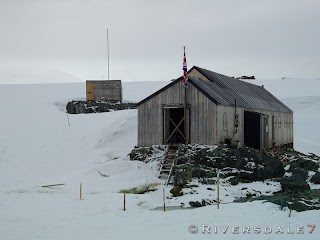 We also had the opportunity to see an Adelie colony that is located in the far end of the island. This was our first Adelie colony on this trip. We also observed Crab eater Seals on ice flows and near the landing site we could watch many Weddell Seals. 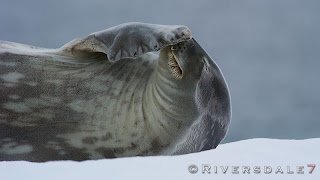 Some of us have been brave enough to go for a true polar plunge. 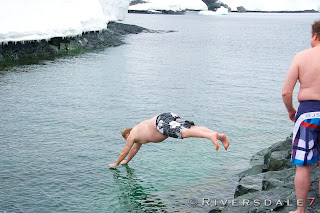 After we left Detaille we had time for whale watching. Some Humpback Whales  could be seen next to the vessel.

The MV Fram fashion show performed by the officers, crew and staff has been the last highlight of the day.