What goes up came down

We woke up with a slight rain but soon it cleared up.  Our landing this morning was Base Brown and Argentinean base that was abandoned for a while and now is under repair. 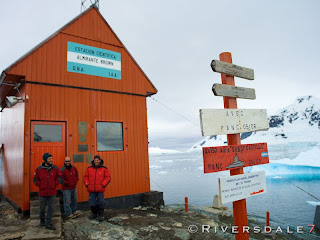 We meet some of the summer crew that is doing the work at this place.  The site is home of a couple of hundreds Gentoo Penguins.  The small colony had well grown chicks most of them in good health.  Many of us went into a hike up the 80 meters snow covered hill were we had a magnificent view of Paradise Harbour a real paradise.  The more adventurous one went up and came down the hill in a nice and fast slide. 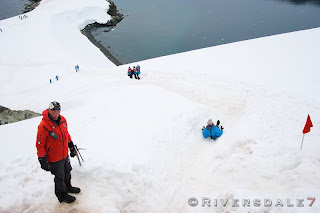 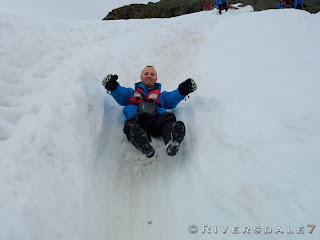 After the fun in the snow we went to the landing site and all of us went for a polar circle boat ride.  There we observed a Leopard Seal, many penguins and some saw even whales -- what a way to start the day.
In the afternoon we divided the landing in two places Jougla point and the ex-British Base, base“A”.  The first landing was at Jugula – here we visited a medium size Gentoo Penguin Colony and a small size Blue-eye Cormorant colony, both colonies contained medium to well grown chicks. 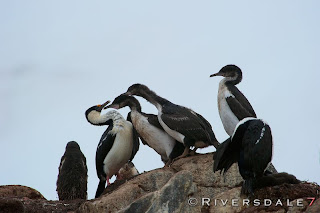 In Jougla point not only we saw the birds but also a couple of Wedell seals.  Right after Jougla we went to visit base “A” or better known as Port Locroy, a museum and a nice souvenir shop, were we had the opportunity to buy some souvenir for our love ones.  As the evening settle down we sailed to our next destination that would be on Deception Island. 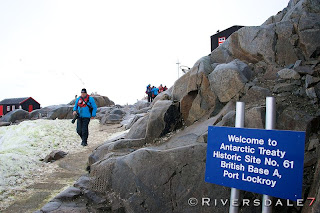