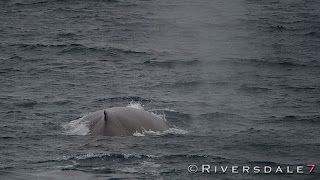 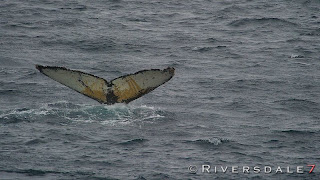 At 12:00 we were ready to make a landing at the Fish Islands. The weather continued to be mild with an afternoon high of 2˚C. The sky was a uniform grey and once again we were blessed with very little wind. Several large icebergs surrounded the landing site as well as a lot of brash ice. 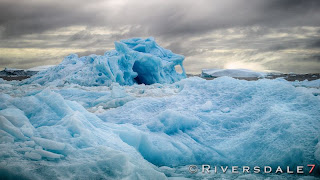 The island we landed on doesn’t have a name and probably isn’t much more than 100 metres in diameter but it supports a thriving Adelie Penguin colony. The Expedition Team laid out a path with orange traffic cones that led us all the way around the island. The chicks were quite large and indeed some of them had completely lost their down and had proper feathers. It wouldn’t be long, just a matter of days before they ventured out for their first plunge in the ocean. This is also the time of year when the adults start to moult. Many penguins were obviously moulting and lots of feathers were strewn on the ground. 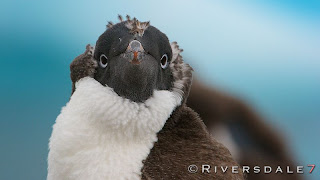 This colony was rather wet and muddy. Being located on more or less solid rock there is no drainage. Combine that with mild weather and rain and lots of fully grown chicks and adult penguins defecating everywhere and well... there were quagmire like areas that were, shall we say, rather pungent. On a large ice floe close to shore, we could could see a large Leopard Seal. It obviously wasn’t bothered by the Polar Cirkel boats going to and from the ship. By 16:00 we were all wrapped up on shore. We heaved anchor and headed north once again. As we departed The Fish Islands we encountered two Humpback whales. We stopped and o-o-o-h-h-ed and a-a-a-h-h-ed for awhile and then continued on toward's tomorrow’s destinations, Almirante Brown and Port Lockroy! 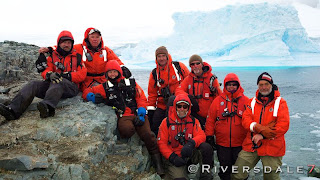