Early bird gets the worm 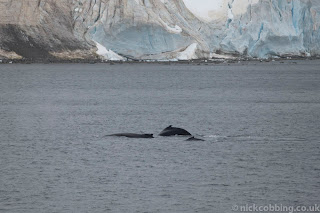 0630 – Two adult and one calf humpback whale to starboard side!  With icebergs in the forefront and glaciers as a backdrop, a good way to start the day!

Two hours later we were deep in Andvord Bay, landing in one of the most incredible spots:  Neko Harbour.  We placed foot on the Antarctic continent today, for some, the last elusive 7th, for others one of the most beautiful places they have ever been.  Massive glacial walls, over a dozen Humpbacks, half a dozen Minke whales, a Weddell seal on the beach, two Leopard seals patrolling the beach, and of course a wonderfully scenically located Gentoo penguin colony.  People who braved the climb to the viewpoint were rewarded with spectacular views of the bay and the option to let loose and slide down the mountain. 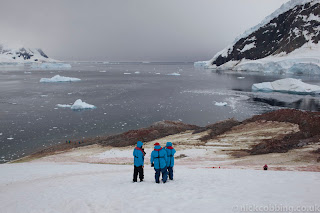 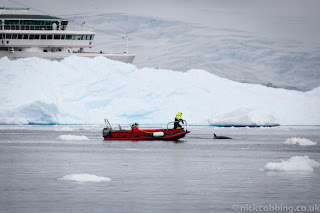 Back on board for lunch, we were treated to the picturesque landscape of Paradise Bay on our way to Petermann Island, located 65o10’ S.  We took in breathtaking ice-berg alley and went to look for Adelie penguins and blue-eye shags.  To make the experience that much more real, the otherwise rocky and muddy island got covered in snow within the hour.  But we found what we were looking for, helped some of our new friends over the slippery rocks along the way, and were just blown away, if not by the wind, then by the resilience and comic relief of these wonderful black and white seabirds. 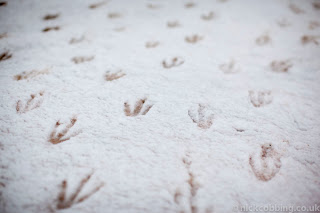 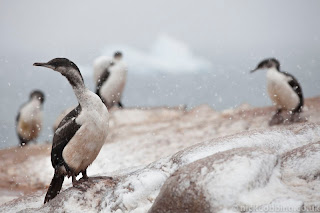 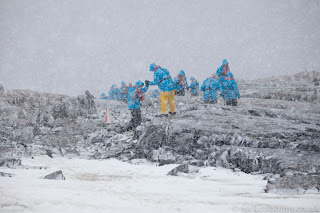 Email ThisBlogThis!Share to TwitterShare to FacebookShare to Pinterest
Photograph(s) by: Julien Wiese, Nick Cobbing
Newer Post Older Post Home
Welcome to MV FRAM's Expedition Blog!
MV FRAM is the most modern expedition cruise vessel belonging to the Hurtigruten fleet, roaming polar waters and taking people to remote places where only few go. In order to give you the chance to travel with us, even if only on your computer screen, we have created this blog. Here you can see what we have seen and read what we have done.
And, maybe you will be onboard with us one day!
All About MV FRAM - here
FOLLOW US ON FACEBOOK !