An icy, active day in Spitsbergen!

We were boarding the ship yesterday in a storm and this storm even picked up during the night. The weather forecast for the next day did also not promise better conditions and so our Captain had to make the decision to change our planned route to a safer new one. Here, nearly at the top of the world the weather sets the rules, if we like it or not. The new plan was to hide from the storm in the Isfjorden and stay there during the day with the possibility of a landing in the afternoon. At the beginning we were disappointed that we could not go further north, but when we heard about 8 to 10 meter high waves on the open sea for 30 hours we were happy to be in the sheltered waters of one of the most spectacular fjords in Spitsbergen. By the way, Spitsbergen is the biggest island in the Svalbard archipelago. The Isfjorden is with 107 km the second largest fjord in Spitsbergen and the landscape is brilliant. Nobody knows how many photos were made during our day in the fjord. Thank goodness nearly everybody has digital cameras today and we had not to think about the fact if we have enough film with us and what we have to pay later in the photo shop to get the photos. 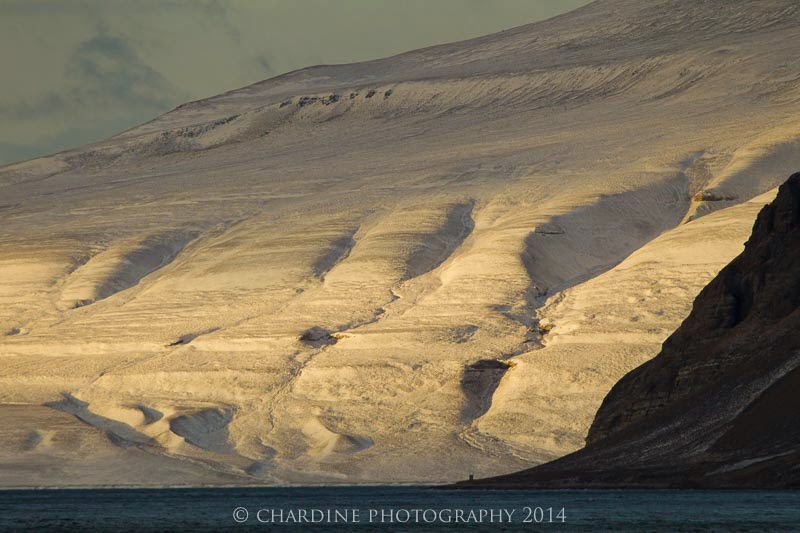 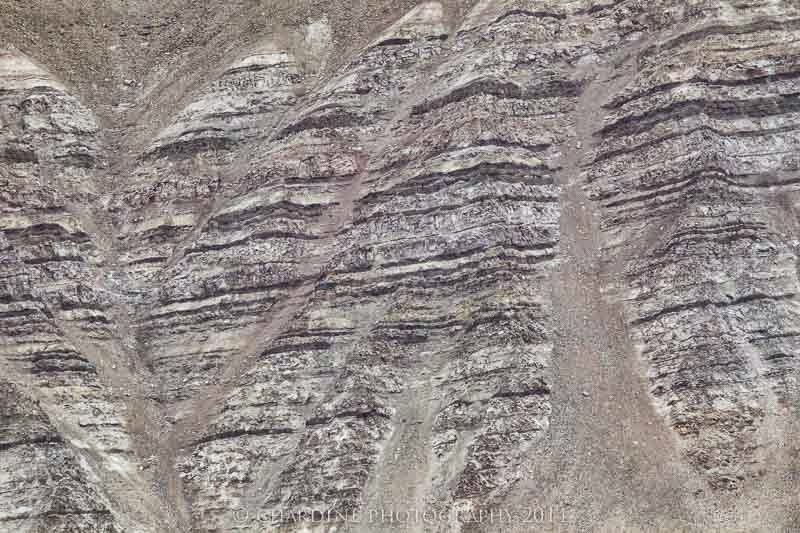 But we did not have time to be outside the whole time. The morning was filled up with a very dense program. After a first breakfast on board we had to join the mandatory AECO briefing where we learned the right behavior in Arctic regions. Later on we had our Captains Welcome Cocktail in the bar as there has not been time for it yesterday. Just after lunch we got the possibility to rent very comfortable thermo boots. Together with the expedition jacket we got as a gift directly after the check in yesterday, we have been properly prepared for our first landing.

During all these activities we had our first wild life experience, a Fin whale, which came quite close to the ship. Our planned landing for the afternoon in Brucebyen started with a delay of nearly one hour as the bridge found two Polar bears at the beach. Clearly our all-day Polar Bear, which started at 0700h this morning, paid off. 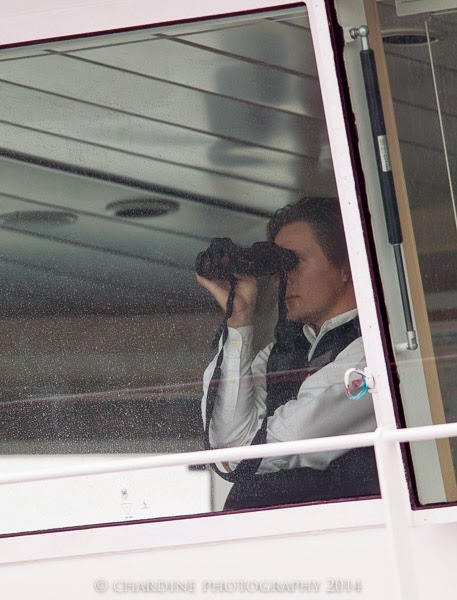 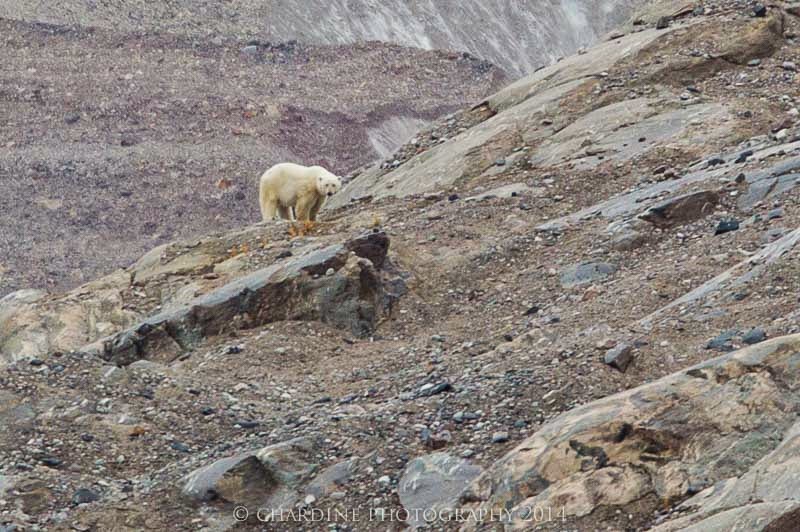 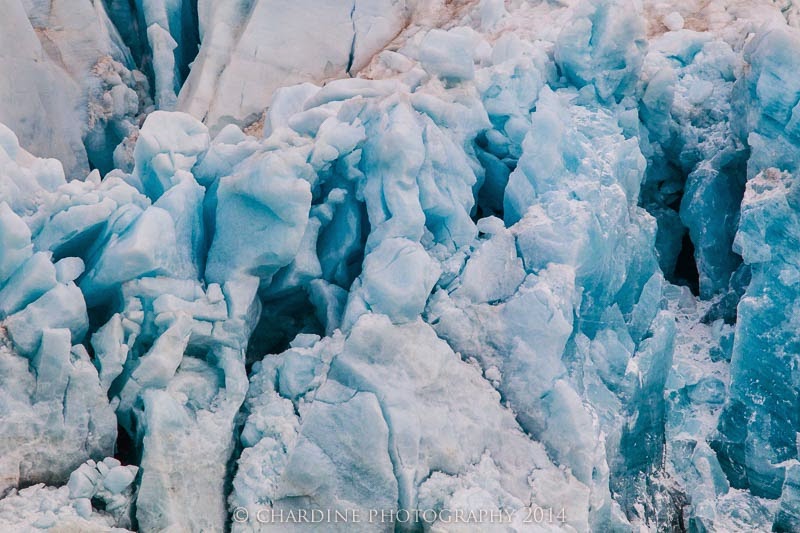 Of course the Captain stopped the ship and we got a good possibility to watch the Polar bears with our binoculars. They were a bit lazy and moved very little. Perhaps they had just had their lunchtime nap, but these have been our first wild Polar bears and they have been fantastic, even they were lazy! And if we got bored with the Polar Bears (!) you could always look to the left at a beautiful blue glacier.

After all these activities we got the possibility to stretch our legs in Brucebyen. Brucebyen lies at the very end of Billefjorden, a sidearm of Isfjorden. William Bruce, a Scottish polar scientist, built in 1919 just next to the impressive Nordensköld glacier four huts as a base for coal exploration of the Scottish Spitsbergen Syndicate. The wind was blowing even here at the end of the fjord quiet strong and cold, but we enjoyed it to see the rest of the arctic tundra vegetation and the feeling to be on a historical important place.
Full of new impressions we came back on board. 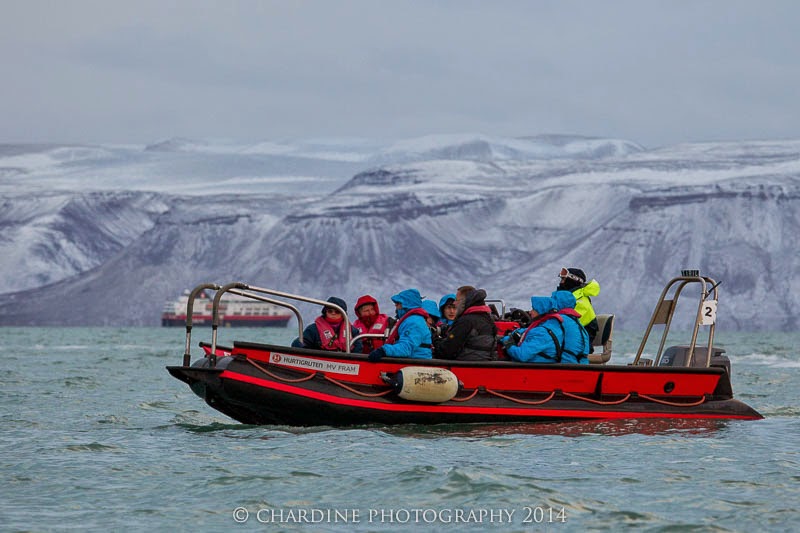 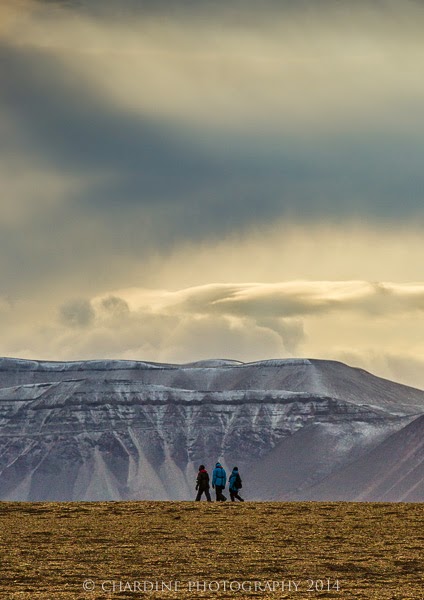 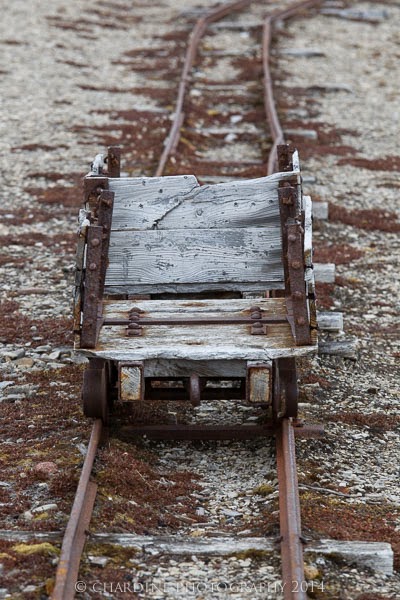 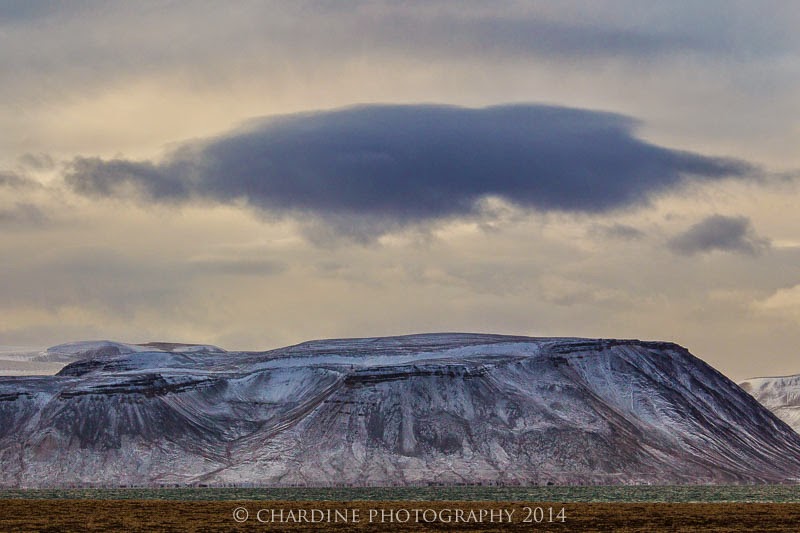 After a nice dinner there was still time for a nice drink in the bar. What will bring the next day?