Svalbard! The capital and a Russian mining settlement

My head is spinning with so many thoughts. You see I have not been to the Arctic for 14 years, but as a Canadian, the Arctic is always close to my heart. So here we are in Svalbard- so similar and yet so different from the Arctic in my home country. It is good to be back! Svalbard is a remote archipelago of islands 1000km north of the northern tip of Norway. They are a possession of Norway but have their own government and host some Russian mining settlements (more on this below).

So, back to my thoughts about Svalbard so far. The level of development in Longyearbyen is incredible considering how far north it is. There are good hotels and fine dining to be had in the “city” (byen means city in Norwegian but to many the place is small enough to be a village, albeit with an international airport!). There’s a museum, a cultural centre, university, schools, shops, several hotels, good wifi and mobile phone coverage, and all the amenities you would expect in a modern centre, including paved roads! Remember, we are at 78° north and only a little over 700 nautical miles from the North Pole! However, the city still has a "wild" feel. One reason Longyearbyen can be so developed is that it is relatively accessible by sea and air from major centres in Europe. In Canada at almost 80° north, the sea frozen for many months of the year but around Svalbard it is open, thanks to the North Atlantic Drift bringing “warm” water from an area around eastern Florida, to northern Europe. 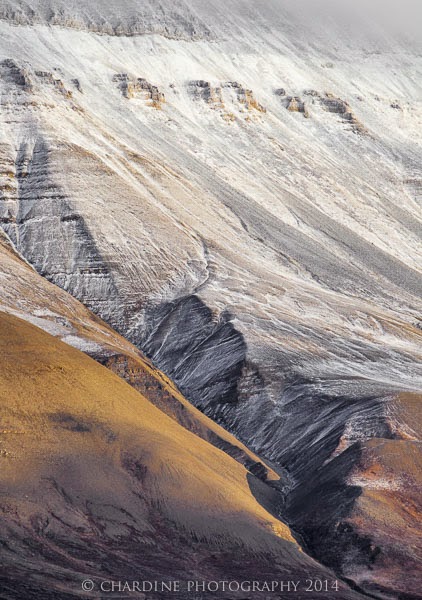 The hills around the Longyearbyen were a beautiful gold brown this morning as we sailed out of Longyearbyen and on our way to the Russian coal mining settlement of Barentsburg. 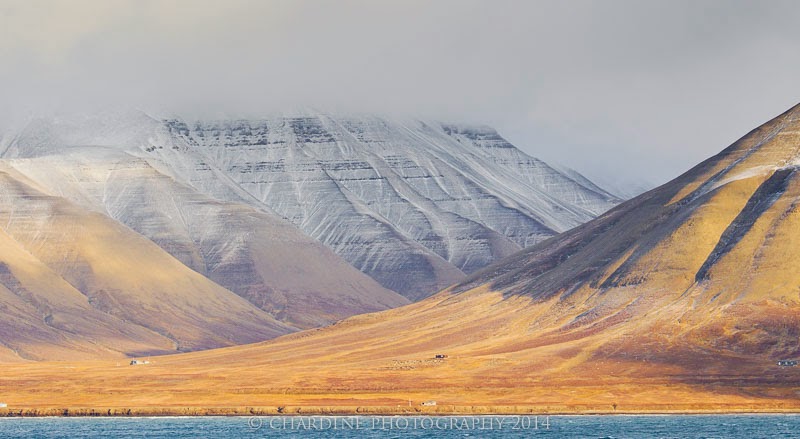 A light dusting of snow lay on some parts of the ground. The weather was unsettled with strong winds and snow squalls all day. Barentsburg is a “little Russia” amid this Norwegian Archipelago and our visit felt a bit like traveling back in time. 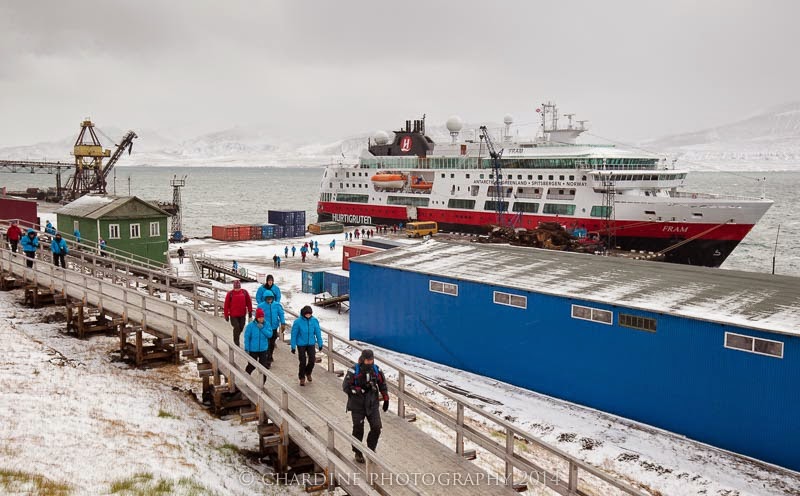 An imposing bust of Lenin stood overlooking the settlement. 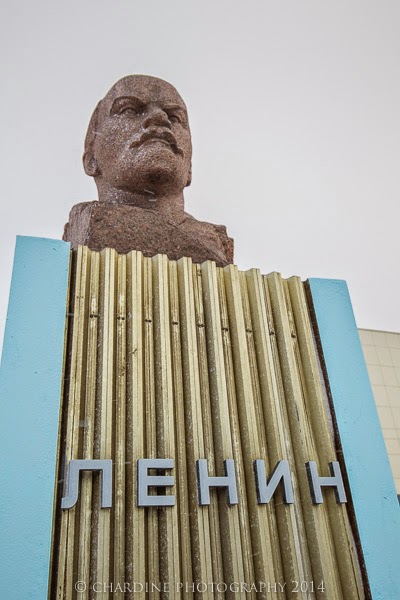 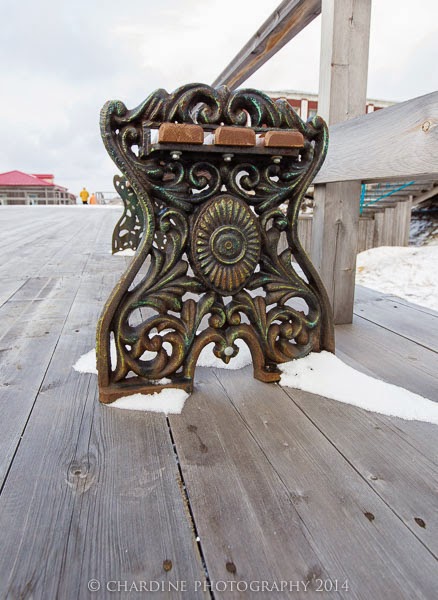 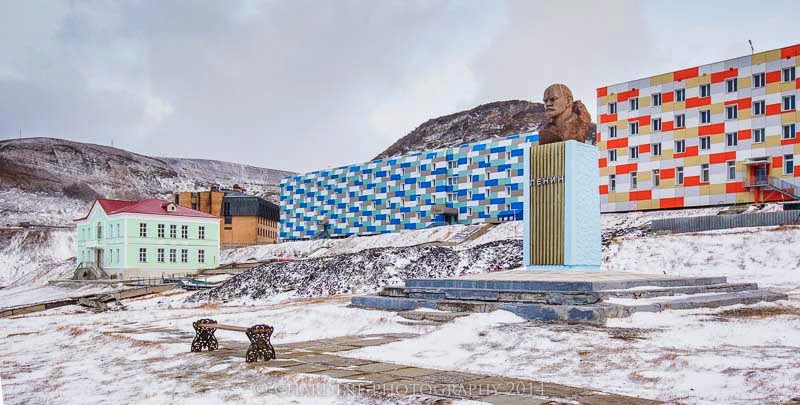 Even here there was a hotel, bars, a restaurant or two and even a brewery- the most northerly in the world. Pretty well everything is “the most northerly in the world” in these parts. Some miners treated us to a great Russian folk show with singing and dancing, before we toured the settlement with a local guide. The wind was howling and the snow falling as we walked around. This “summer snow” gave us a true taste of the energetic weather so typical of the Arctic. 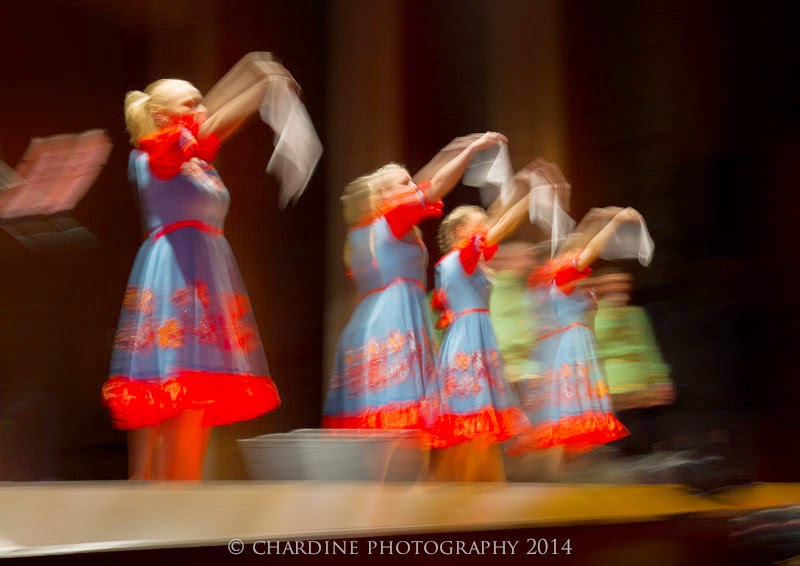